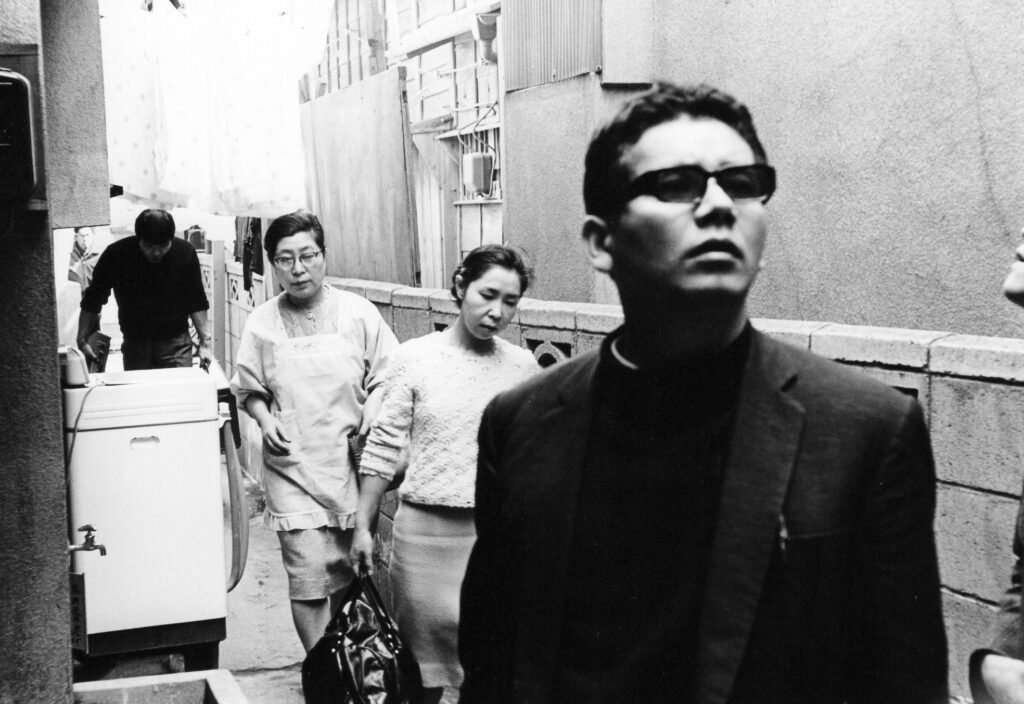 One of the most important and complex works by master director Shôhei Imamura, A Man Vanishes follows the case of Tadashi, a handsome businessman who has suddenly disappeared. Imamura and his crew interview the man’s fiancée, Yoshie, and the filmmaker becomes increasingly involved in her life. But the “investigation” casts a shadow of doubt over the couple’s relationship, Tadashi’s business ventures, and even the investigating film director, Imamura himself, who may not be what he seems.

“If A Man Vanishes — a movie about a disappearance and the transformation of reality into an ever more mercurial mystery, a vertiginous drama and the very stuff of cinema — played at the Cannes Film Festival this year, it would have been hailed as a thrilling discovery… Seemingly banal in its conceit, wildly startling in its execution, it tracks a film crew that, like a detective squad, investigates what became of an ordinary man.” — Manohla Dargis, The New York Times

“A Man Vanishes envisions life as a tangle of subjectively staged ‘dramas,’ each complementing and contradicting the other.” — Fernando F. Croce, Slant