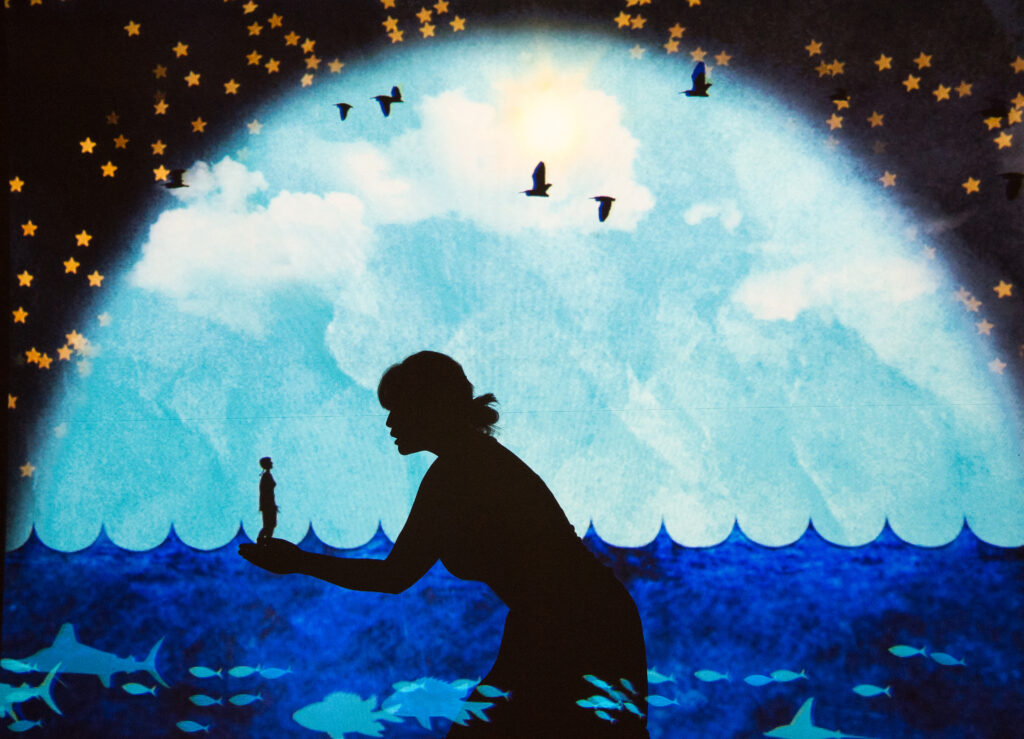 Miwa Matreyek is an animator, director, designer, and performer based in Los Angeles. Don’t miss her visually mesmerizing performances, This World Made Itself and Myth and Infrastructure, during this weekend of Performance All Ages. Presented in succession, these works offer a poetic look at the relationship of human beings to our natural world and constructed environments.

Matreyek’s work is more than mere visual wizardry. Her ongoing narrative themes deal with the cycles of life and death from the cosmic to the individual, the beauty of nature, and humanity’s creativity and destructiveness.

Cloud Eye Control: Half Life is funded in part by the New England Foundation for the Arts’ National Theater Project, with funding from The Andrew W. Mellon Foundation.