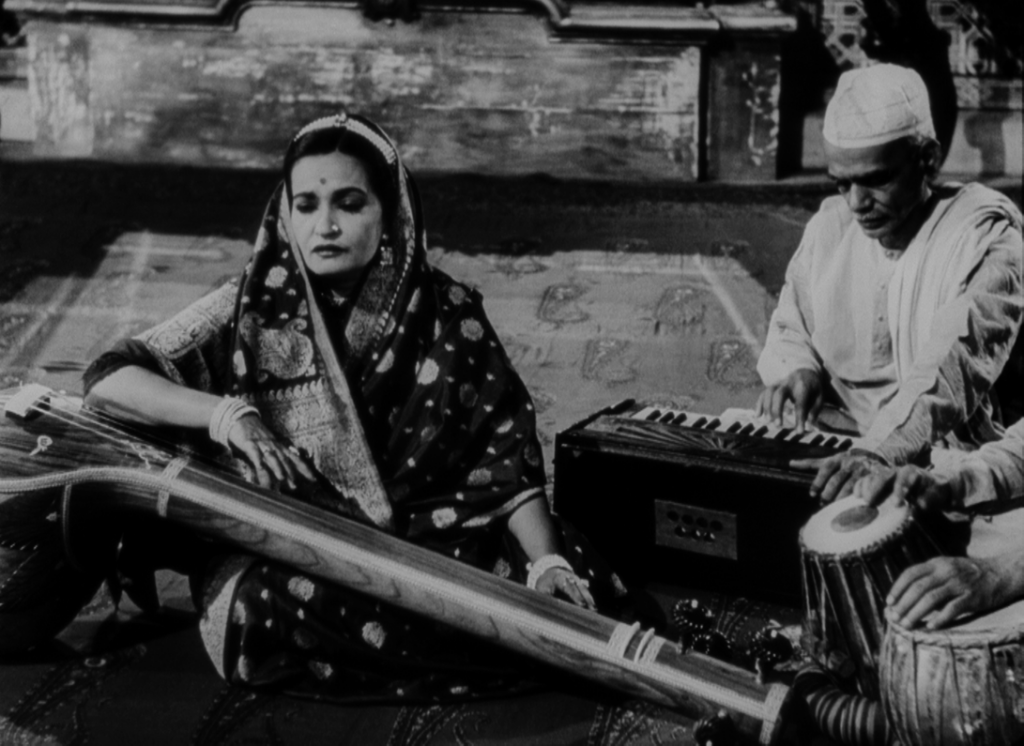 “This stunning film by director Satyajit Ray, is based on a novel by the Bengali writer Tarashankar Banerjee about a turn-of-the-century aristocrat named Biswambhar Roy whose funds and holdings are dwindling but who continues to spend money on lavish concerts in his music room. His existence may be threatened, but his vision of perfection, embodied in the hypnotic musical sequences, will not be denied. Many of Ray’s films have a rueful, Chekhovian tone of ironically tinged regret, a tone that is crystallized in The Music Room, one of the greatest films in the history of Indian cinema. When the Academy Film Archive restored Ray’s film, it had to work with extremely compromised and damaged materials — the finished product is something close to a miracle.” — SFFILM