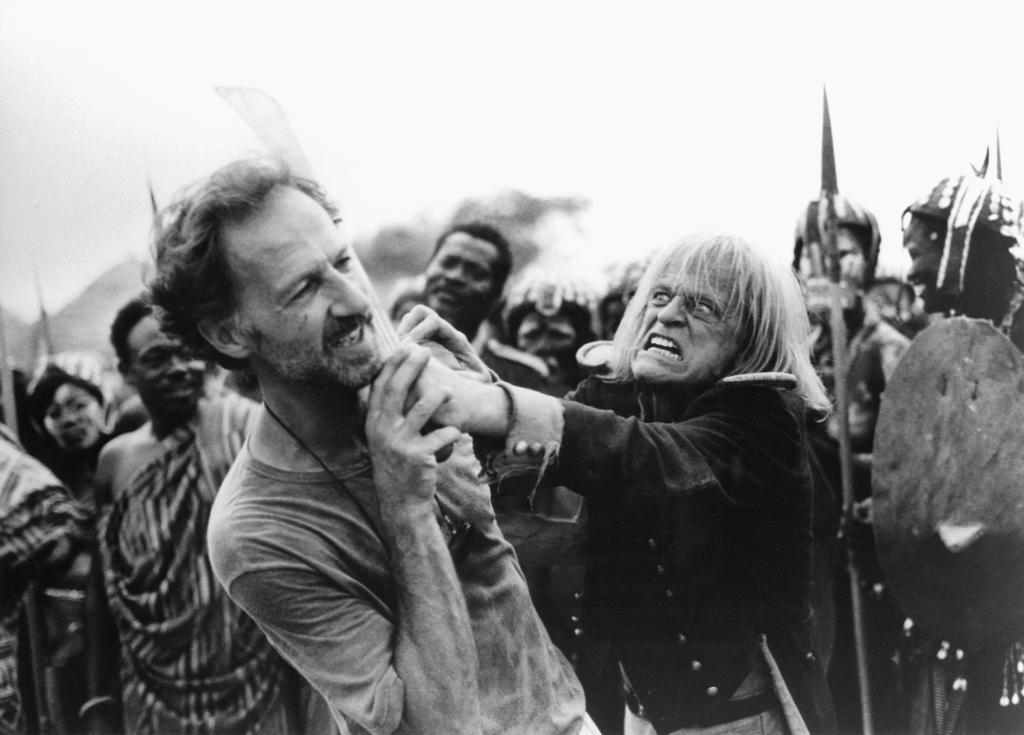 “When the actor Klaus Kinski wrote his autobiography, he referred to Werner Herzog as ‘the vermin,’ ‘this blowhard,’ and ‘a miserable, hateful, malevolent, avaricious, money-hungry, nasty, sadistic, treacherous, cowardly creep.’ And those were some of the nicer things he had to say. Now Mr. Herzog has a chance to return the favor with My Best Fiend, an account of their unbelievably turbulent collaboration and how each man tormented and goaded the other into doing his best work… Mr. Herzog uses the documentary not only to summon amazing Kinski stories but also to contemplate the actor’s authentic (if erratic) genius… My Best Fiend switches gears easily among from Mr. Herzog’s nostalgic observations, film clips of the finished work and documentary scenes that chronicle behind-the-scenes turmoil.” — Janet Maslin, The New York Times

“My Best Fiend is, in the end, Herzog’s affectionate tribute to the only person on Earth who could claim to share his insane level of dedication.” — Scott Tobias, The A.V. Club