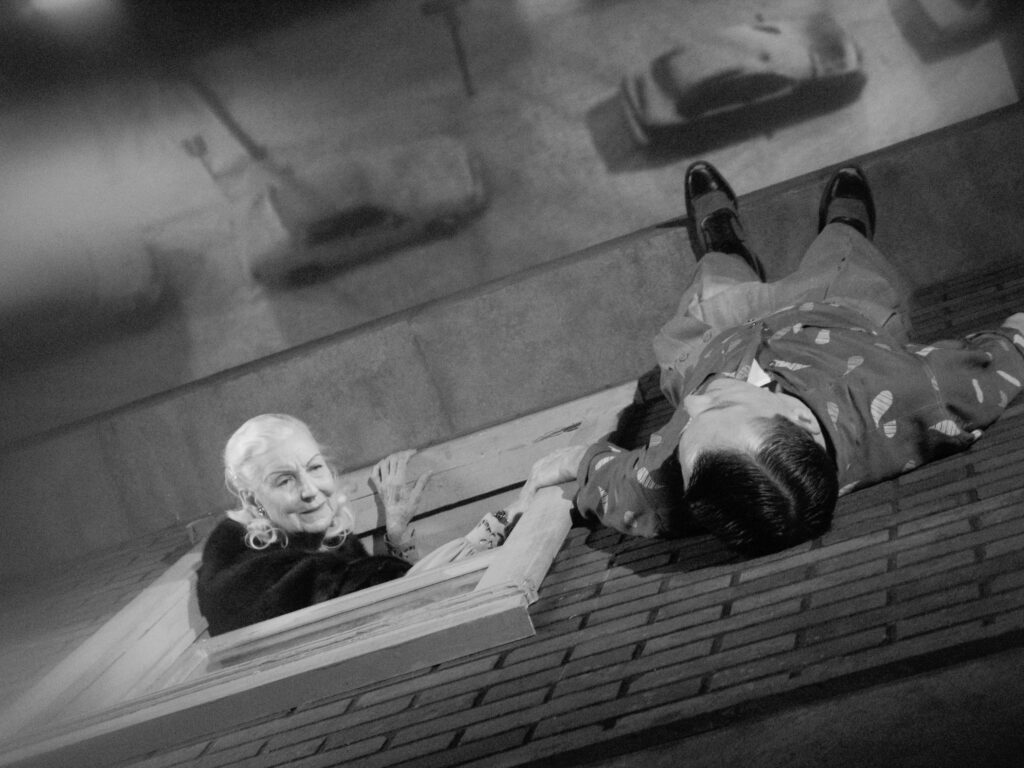 With live narration by Daniel Handler, author (under the pseudonym Lemony Snicket) of A Series of Unfortunate Events

“Winnipeg filmmaker Guy Maddin yearns for escape, but the icebound burg holds him fast. Dozing aboard a train that endlessly loops the city limits, he only rises to sleepwalk back to his boyhood home where he reenacts scenes from his childhood. In this dreamy milieu, the Manitoban town’s history comes to life, rife with supernatural portents in old Indian legends and twentieth-century tales of ghosts and mediums. It is a place with a proud labor past, a sorry history in the national sport of hockey and odd intersections with the animal world as buffalo stampede a theme park and horses freeze solid in a river. It is a town where the city fathers level the past, including a notable tree, a landmark department store, and Maddin’s beloved Winnipeg Arena, leading to an uncertain future… Fact and fiction blend seamlessly in Maddin’s personal and civic mythology, arrestingly shot in black and white in styles borrowed from silent masters but made entirely the filmmaker’s own. It is no wonder that there can be no escape from this Winnipeg.” — Pam Grady, San Francisco International Film Festival