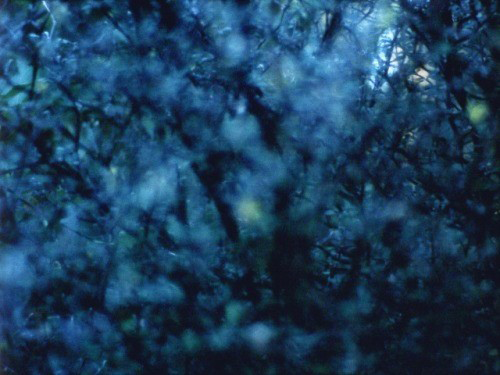 With Nathaniel Dorsky in attendance.

For more than 50 years, San Francisco-based experimental filmmaker and editor Nathaniel Dorsky has been creating experimental, silent short films in which light, nature, and the objects of the everyday are transformed to the point of wonder. Join us for a screening of Dorsky’s most recent film, Arboretum Cycle, which was shot over a twelve-month period beginning in the early spring of February and ending in the month of December. Entirely photographed in Golden Gate Park’s Strybing Arboretum in, the film is presented in seven sections and will be shown with one intermission.

“For the past several years California experienced an extreme drought. But this past winter good fortune brought a bountiful amount of storms and liquid refreshment. The spring that followed took on magical and celebratory qualities of energy, joy, fullness, and rebirth.
In walking distance from my apartment is San Francisco’s Arboretum located in Golden Gate Park. I decided that I would make a film now on a single subject and that subject would be the light – not the objects, but the sacredness of the light itself in this splendid garden. What I did not know is that the great beauty of this magnificent spring would bring forth not one, but seven films, each one immediately following the previous. I began to photograph on the second week of February and finished the editing of the seventh film during the last days of December.

Ode, photographed in early summer, is a soft textured song of the fallen, the dissonant reds of death, seeds, and rebirth. September is indeed, Indian summer, the halcyon swan song of earthly blessings. Monody, shot in the fading autumnal glory is an energized declaration of the end. And Epilogue, photographed in early December, rests in quietude, the garden’s energy now descending into the dark, damp earth.”
— Nathaniel Dorsky

Elohim, or divine beings, the energy of light as creation. (N.D.)

Abaton, a sacred place, a sanctuary for dreaming and healing. (N.D.)

Coda is an afterword to Elohim and Abaton, the first shades of death and knowing. (N.D.)

Ode is the fourth section of the cycle. There is now the presence of death and dying as the dry summer begins. (N.D.)

September’s ripeness, a blessing on earth, our Indian summer. (N.D.)

A monody is an ode sung by a single actor in a Greek tragedy, a poem lamenting a person’s death. In this case, the sixth section of this Arboretum Cycle, the death of the garden itself. (N.D.)

Epilogue is the seventh film in the Arboretum Cycle, a descent into the dark damp earth, a period of dying. (N.D.)