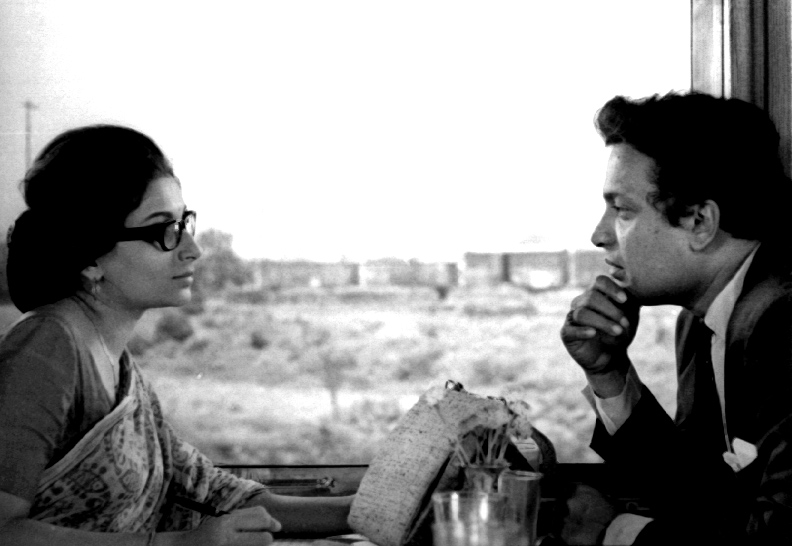 “To suddenly confront a film study of a movie star, scrutinized under the microscopic eyes of Satyajit Ray, is a delightful and profoundly effective experience. Mr. Ray’s creation is not meant to be an exposé, but rather a close, unspectacular look at the emotional insecurity and artistic dilemmas faced by a popular idol during his chance meeting with a girl on the Delhi-Calcutta Express. In the dining car, Arindam finds the urbane lady-journalist, Aditi, a perfect catalyst for his reminiscences, but the entire spectrum of characterization is here — there are other travelers, too, and they are not neglected by the director’s perceptive camera-eye. In this realistic film about the unreality of films, the brilliant imagery, the lyricism, the delicate balance between dream and awakening, all comprise an exceptionally rich and satiric work.” — SFFILM