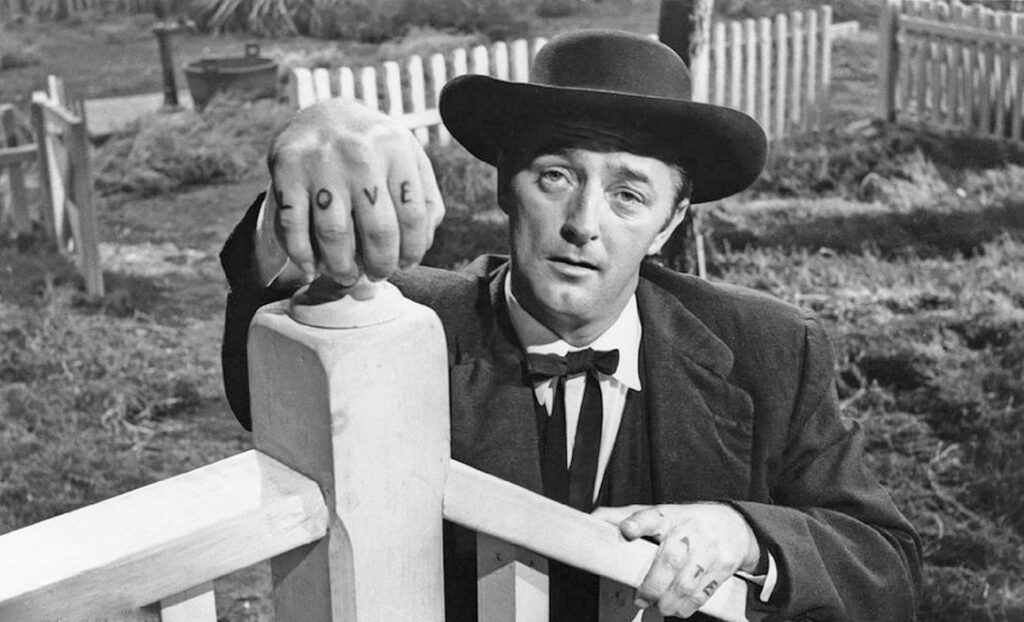 The Night of the Hunter

“An atmospheric allegory of good and evil, The Night of the Hunter stars Robert Mitchum as Harry Powell, a pulpitless preacher with LOVE and HATE tattooed on his knuckles. Hot after some purloined booty, Powell chases two innocent children across a menacing rural landscape where only nature stands fast against man’s moral decay. Charles Laughton’s Southern Gothic masterpiece takes on a fabulous unreality as Stanley Cortez’s chilling black-and-white photography frames quirky Expressionist settings. Central to the film is Powell’s dire sermon, ‘the story of right hand, left hand,’ which evokes with biblical intensity the eternal struggle now displaced as the preacher’s own pathological quandary. When the children take shelter at the homestead of Mother Cooper (Lillian Gish), an earthy guardian of innocence, the right hand of love gets ready for a knockout blow.”
— Steve Seid, BAMPFA

“For his first film, Laughton made a film like no other before or since, and with such confidence it seemed to draw on a lifetime of work. Critics were baffled by it, the public rejected it, and the studio had a much more expensive Mitchum picture (Not as a Stranger) it wanted to promote instead. But nobody who has seen The Night of the Hunter has forgotten it, or Mitchum’s voice coiling down those basement stairs: ‘Chillll…dren?’”
— Roger Ebert