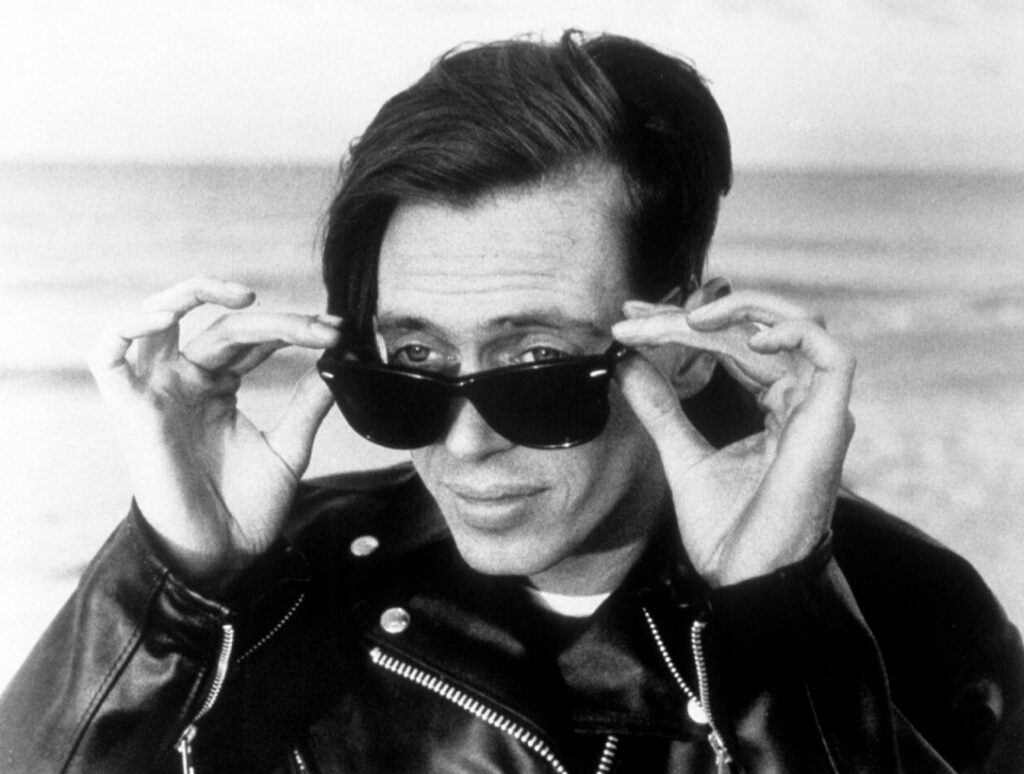 “The romantic comedy-drama went positively gay — and gay-positive — in writer-director Bill Sherwood’s 1986 indie feature Parting Glances, a landmark of gay cinema and one of the first American films to address the AIDS epidemic. Steve Buscemi, in his first major role, is Nick, a sardonic rock singer dying of AIDS. Nick is the best friend and former lover of Michael; Michael is steeling himself for the imminent departure of current partner Robert, who’s leaving for a two-year stint overseas. Set in an affluent New York City milieu, Sherwood’s quirky, charming, and tender movie unfolds over a 24-hour period as Michael and Robert cope with their separation anxiety, and with Nick’s illness, and prepare for Robert’s going-away bash.”
— Pacific Cinémathèque

“Mr. Buscemi has a powerfully anarchic presence…and he makes a memorable impression. It is to both his and the film’s credit that the anguish of AIDS is presented as part of a larger social fabric, understood in context, and never in a maudlin light.”
— Janet Maslin, The New York Times

“[Parting Glances] has a tenderness, warmth, humor and, despite its subject, a lightness of heart that will win it many friends…a film of subtle and elegant musicality.”
— Time Out