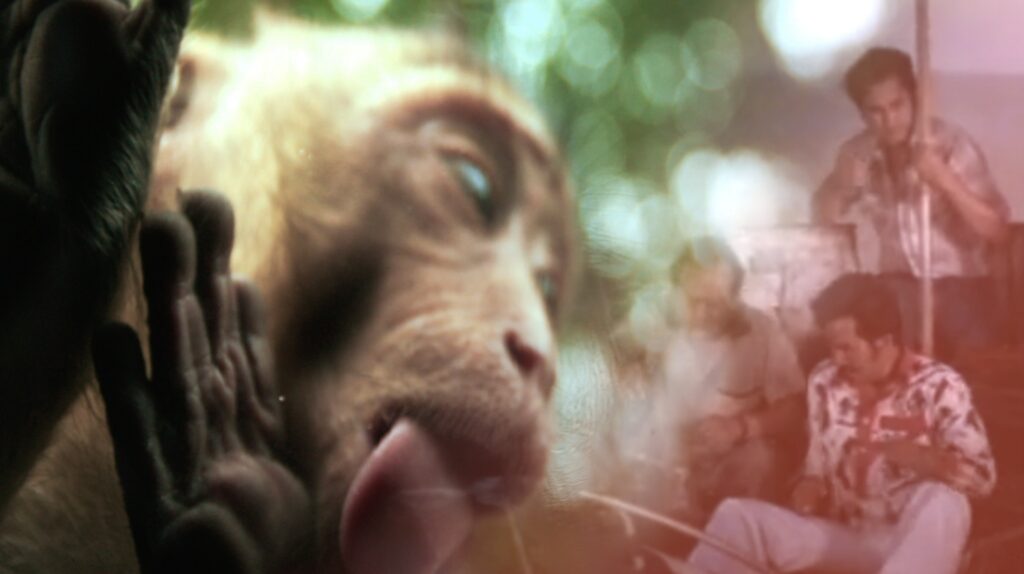 Tulapop Saenjaroen, A Room with a Coconut View, 2018

Program 3: other voices other rooms

“Opening with a silent meditation on the cosmos, a study in celestial motion, the films in this program critique the touristic gaze and blur the boundaries between the virtual and the real, between ethnography and fiction, and rewrite traumatic histories while presenting visions both utopian and dystopic. Dynastic imaginary spaces erupt into our physical plane while virtual geographies turn back on themselves endlessly. A chorus of feminine voices, the deep murmur of subterranean waters, written and dreamed words, laughter, the ecstasy of rediscovered memory, the enlightenment.”

“16mm film and unconventional lenses render ― in swirling Turneresque colors ― a natural phenomenon even more cosmic.” (Toronto International Film Festival)
Made in memory of the filmmaker’s grandmother, who passed the day before the August 2017 solar eclipse.

A Room with a Coconut View | Tulapop Saenjaroen | 2018

“Within a […] temple for modern vacations, we discover hidden history and politics […]. A story of corruption and unlawfulness […] intertwined with the story of Thai cinema.” (Giuseppe Di Salvatore)

“A journey into the labyrinthine memories of a man involved in the spectacular rise and fall of drug lords in the Colombian Amazon, wandering through the forest and a replica of Dynasty’s Carrington mansion.” (Laura Huertas Millán)