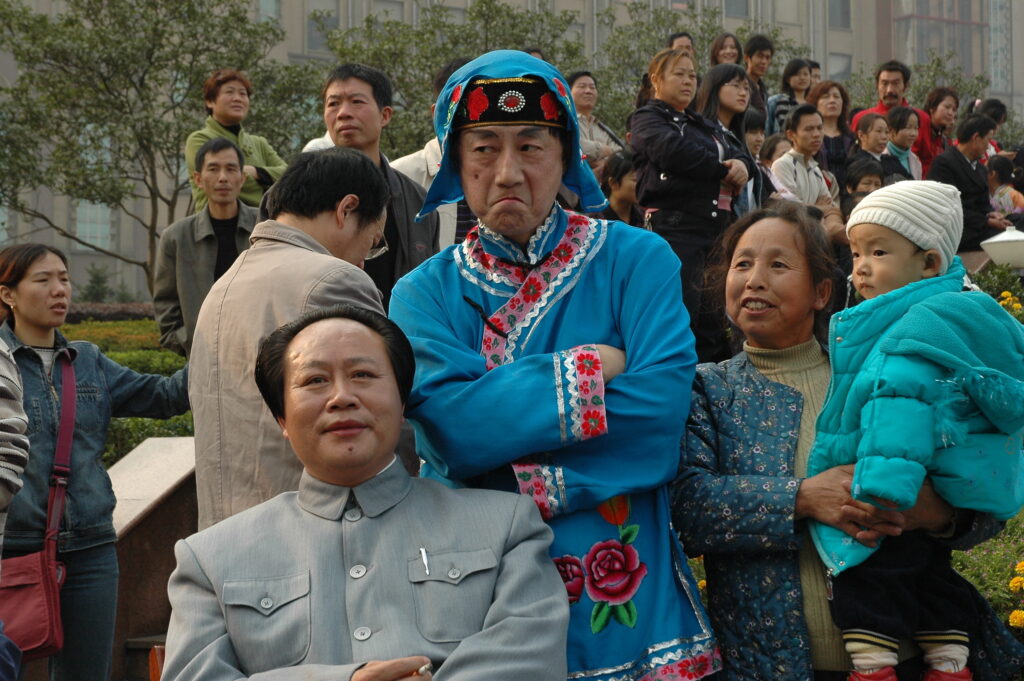 Join us for a talk before the screening as part of SFMOMA 101: China, Film, and Society. Leading local voices address the global Chinese diaspora’s artistic and cultural impact on the everyday lives of its more than sixty million people. Each talk in this thought-provoking series will include an introduction by a curator from Art and China after 1989: Theater of the World, followed by a screening from the documentary film series Turn It On: China on Film, 2000–2017. Today’s talk features Abby Chen, curator and artistic director at the, Chinese Culture Center of San Francisco, with an introduction by Eungie Joo, curator of contemporary art.

Mao Zedong died in 1976, but his impersonators are alive and well. This film documents the lives of two people who resemble Mao and assume Mao roles. Peng Tian is a villager from Mao’s home province of Hunan who walks into the Beijing Film Academy one day in full Mao dress to study film acting. Chen Yan is a housewife from Sichuan province, whose mother realized she looked like Mao twenty years earlier, but it isn’t until the twenty-first century that Chen gives the role a try.

The intention of this film is simple. Through my camera lens, I saw a powerful image of a revered icon being overthrown. This is usually a gory process in Chinese history. But today, the course of that revolt has morphed into mere narcissism and naive imitation. The film’s title was borrowed from Marcel Duchamp’s term readymade, describing art created from the undisguised but often modified use of objects whose original function is mundane and utilitarian.
–Zhang Bingjian, director

Readymade approaches black comedy, revealing the absurdity of how people from one era worship an idol from another.
–Ai Weiwei