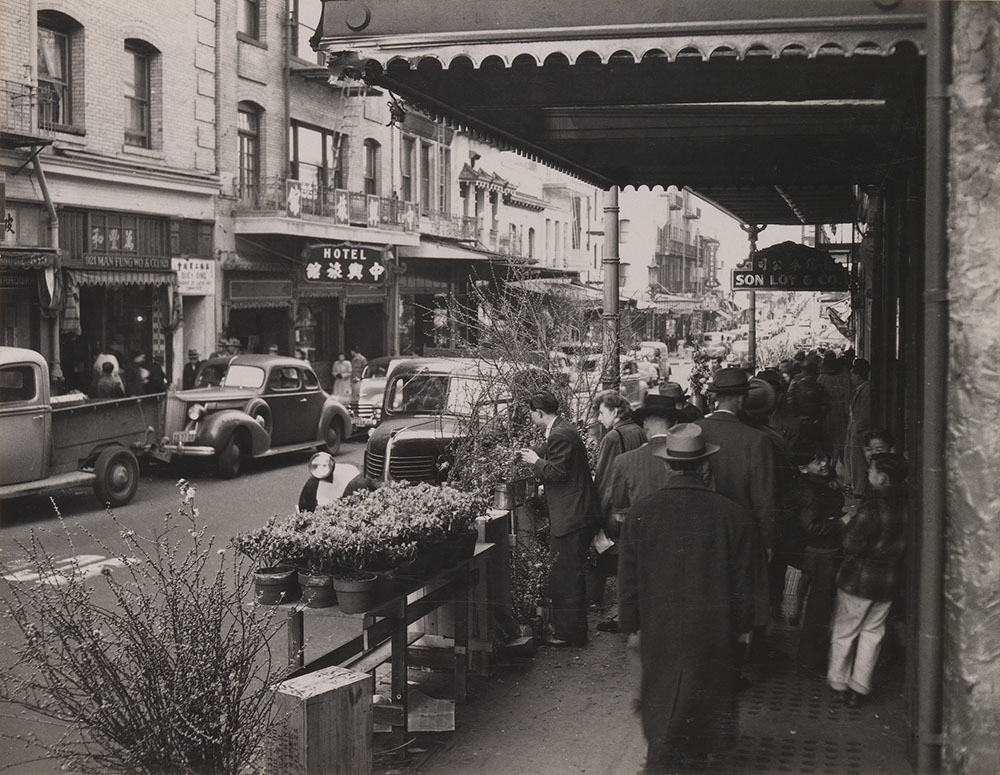 Join us for a wide-ranging conversation on the ways in which generations of Asian American residents, artists, and filmmakers have documented everyday life and changes in San Francisco’s iconic Chinatown neighborhood. Lenore Chinn, artist and niece of photographer Benjamen Chinn, will be joined by James Q. Chan, producer and director of the film Forever, Chinatown, to discuss a selection of photographs and moving images depicting the people, places, and community events in Chinatown through the years.

This event will be moderated by Stephen Gong, executive director of the Center for Asian American Media (CAAM), SFMOMA’s inaugural community residency partner and co-organizer of the exhibition Representing Chinatown at SFMOMA (Koret Education Center, Floor 2, through June 30, 2022). Several artists, artworks, and themes discussed in this evening’s talk also feature in the photography exhibition Constellations: Photographs in Dialogue (Floor 3, through August 21.)

Lenore Chinn is a painter, photographer, and cultural activist who works to create structures of personal and institutional support that sustain and advance artistic production and movements for social justice. Portraiture is at the core of her visual art practice whether it is painting or photography. Chinn’s current street photography chronicles a rapidly changing socio-political landscape. A founding member of Lesbians in the Visual Arts and a co-founder of the Queer Cultural Center, Chinn has also been active in the Asian American Women Artists Association since its inception. From 1988 to 1992, she served on the San Francisco Human Rights Commission.

James Q. Chan is a producer and director based in San Francisco. Recent producing credits include Plague at the Golden Gate (American Experience, 2022) and Chinatown Rising (America ReFramed, 2022). His recent directing projects include Becoming Polka Dot (coming soon); Bloodline (screening now on Truly CA, KQED); large-format 360° films for Disney; and the short documentary web series Chinatown Shorts. His film Forever, Chinatown (Emmy® nominee) received multiple festival jury awards and screened globally with American Film Showcase, where Chan serves as a filmmaker envoy. Chan received a Certificate of Honor from the San Francisco Board of Supervisors for his work highlighting stories from the API community. He is a member of New Day Films, the filmmaker-run distribution cooperative, and a member of the Directors Guild of America.

Stephen Gong is executive director of the Center for Asian American Media. Gong has been associated with CAAM since its founding in 1980 and has served as executive director since 2006. His previous positions in arts administration include deputy director of the Berkeley Art Museum and Pacific Film Archive at the University of California, Berkeley; program officer in the Media Arts program at the National Endowment for the Arts; and associate director of the National Center for Film and Video Preservation at the American Film Institute. He has been a lecturer in the Asian American Studies program at UC Berkeley, where he developed and taught a course on the history of Asian American media.

About the Community in Residence program

Organized by SFMOMA’s Public Engagement department, the Community in Residence program awards paid residencies with the museum to local, national, and international community centers, nonprofits, publishers, collectives, and individuals. This program seeks to collaborate and share space, resources, and platforms with socially engaged artists and organizations working both within and beyond the boundaries of art.