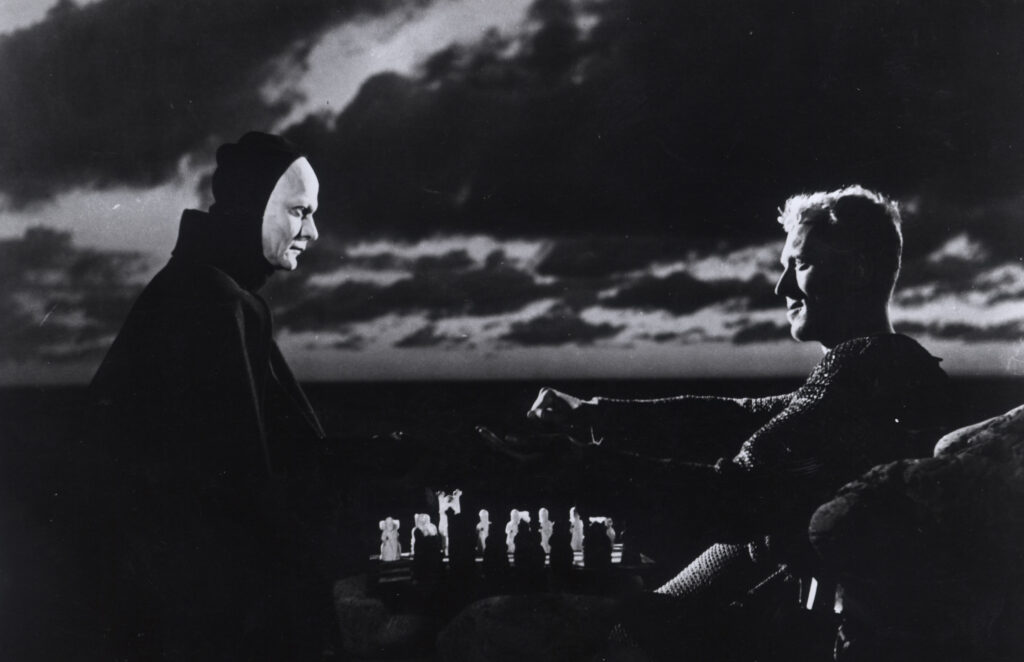 Disillusioned and exhausted after a decade of battling in the Crusades, a knight (Max von Sydow) encounters Death on a desolate beach and challenges him to a fateful game of chess. Much studied, imitated, even parodied, but never outdone, Bergman’s stunning allegory of man’s search for meaning, The Seventh Seal was one of the benchmark foreign imports of America’s 1950s art-house heyday, pushing cinema’s boundaries and ushering in a new era of movie-going.

This screening includes a special introduction by author David Thomson.

“[A] dark, droll, quizzical masterpiece that wears its 50-something years with the nimble grace of the acrobat Jof, who is the film’s true prism of consciousness… As the picture that launched art-house cinema (along with Bergman, leading player Max von Sydow, and distributor Janus Films), The Seventh Seal holds a place in movie annals as secure as that of Battleship Potemkin or Citizen Kane or any other earthshaking classic you care to name.” —Gary Giddens, Criterion.com

“I am often surprised at how the humor and comedic elements in The Seventh Seal seem to be overlooked in favor of its reputation as a quintessential ‘serious’ art film.” —Guillermo del Toro, Criterion.com