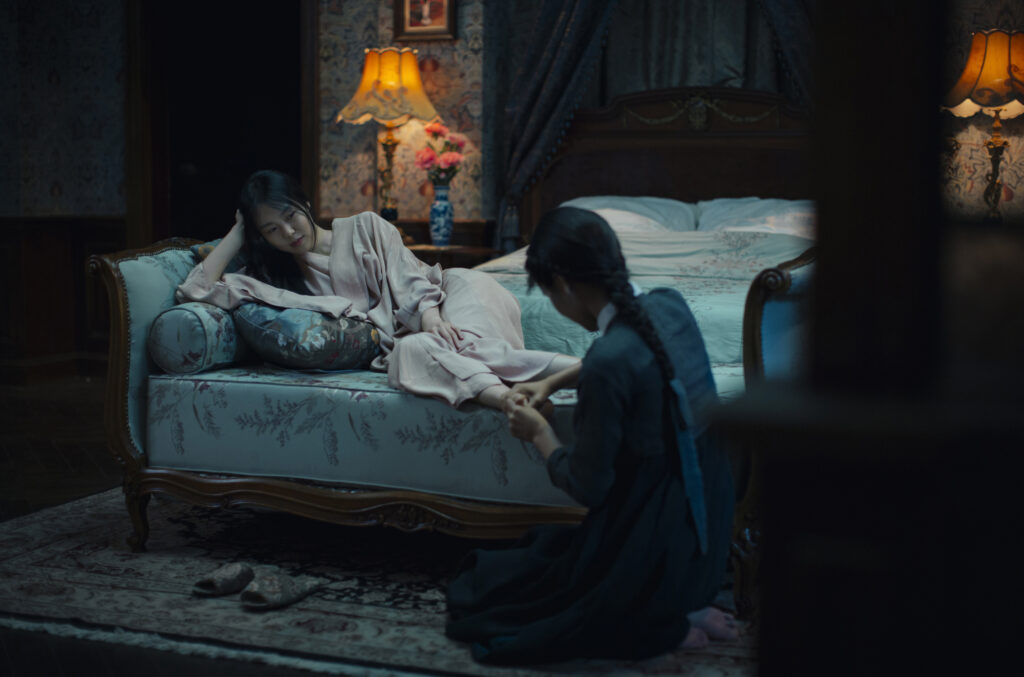 A handmaiden hired by an elegant conman to serve a Japanese heiress in 1930s Japanese-occupied Korea is part of a broader con to defraud her, until lust and love jeopardize their plans. Adapted from Sarah Waters’s 2002 crime novel Fingersmith, Park’s The Handmaiden is a violent and lustfully perverse film evocative of the Victorian Gothic thriller fare.