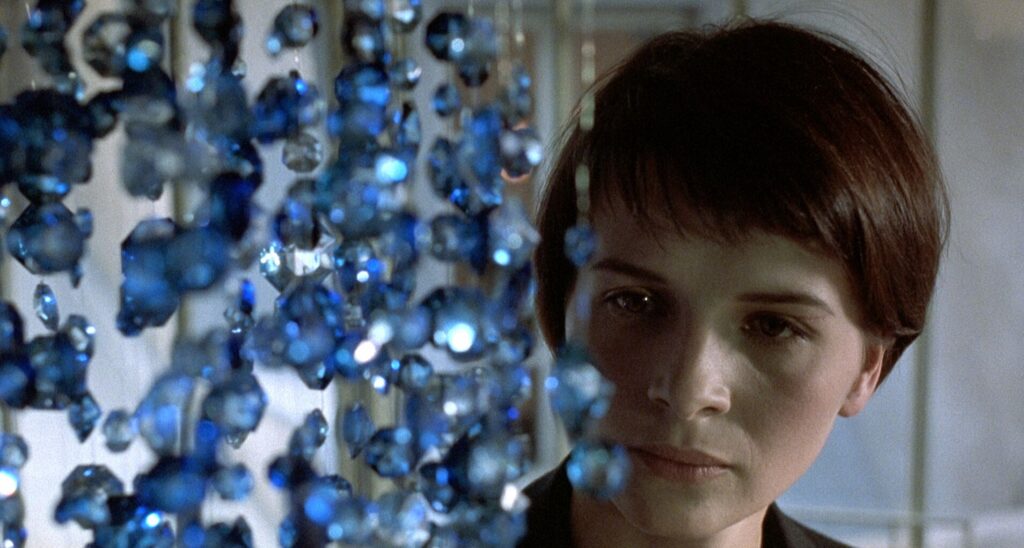 “Kieślowski’s Three Colors trilogy tackled the symbolism of the colors of France’s national flag: blue, white, and red, for liberty, equality, and fraternity. ‘Liberty’ in Blue is the unasked-for freedom that the young widow Julie (Juliette Binoche) is given when her composer husband and young daughter die in a car crash. Moving to a new apartment and ignoring old acquaintances, she wishes to strip her life of connections, of things, and most of all of the past, but can she succeed, and at what price? Willfully ignoring the political definition of ‘liberty,’ Kieślowski instead concentrates on a more human, moral understanding of the word, and asks whether freedom can ever be attained, or is even desired Slawomir Idziak’s cool cinematography, all alien blues and claustrophobic darkness, reinforces Julie’s focused disconnect from the world, with a final bravura scene linking her image with all those around her.” — BAMPFA