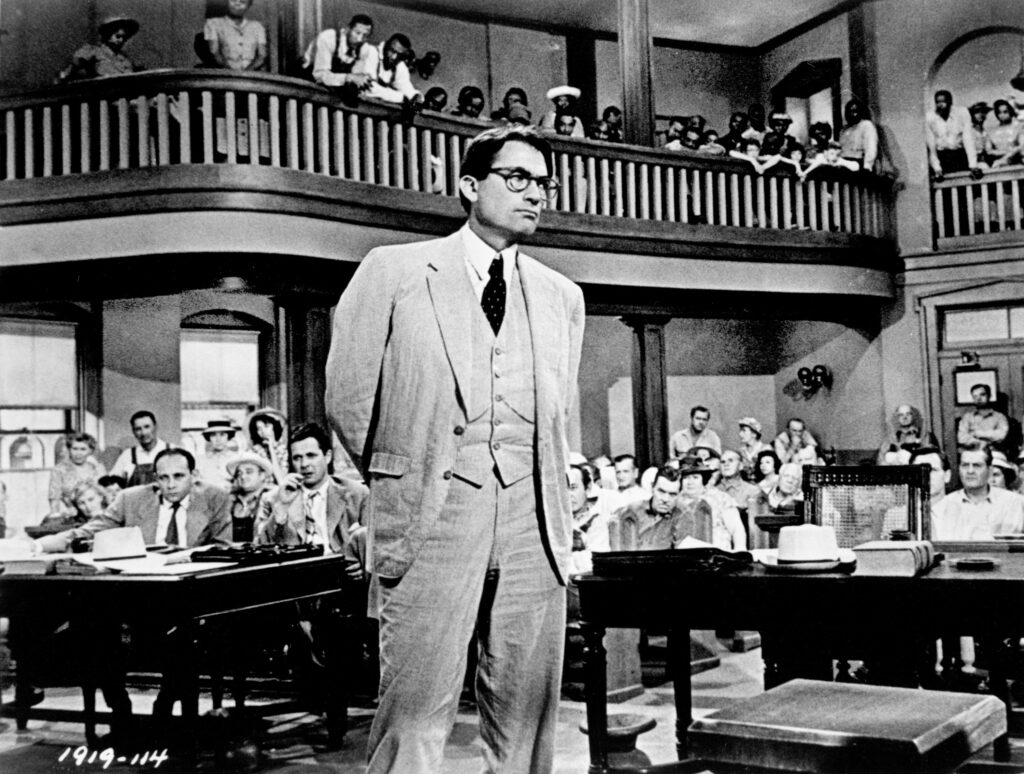 To Kill a Mockingbird

Harper Lee’s seminal 1960 Southern Gothic novel is adapted for the screen in To Kill a Mockingbird, a charged exploration of racism and injustice in 1930s Alabama. Tom Robinson (Brock Peters), a Black man, is falsely accused of raping a white woman and is brought to trial, defended by local lawyer Atticus Finch (Gregory Peck).