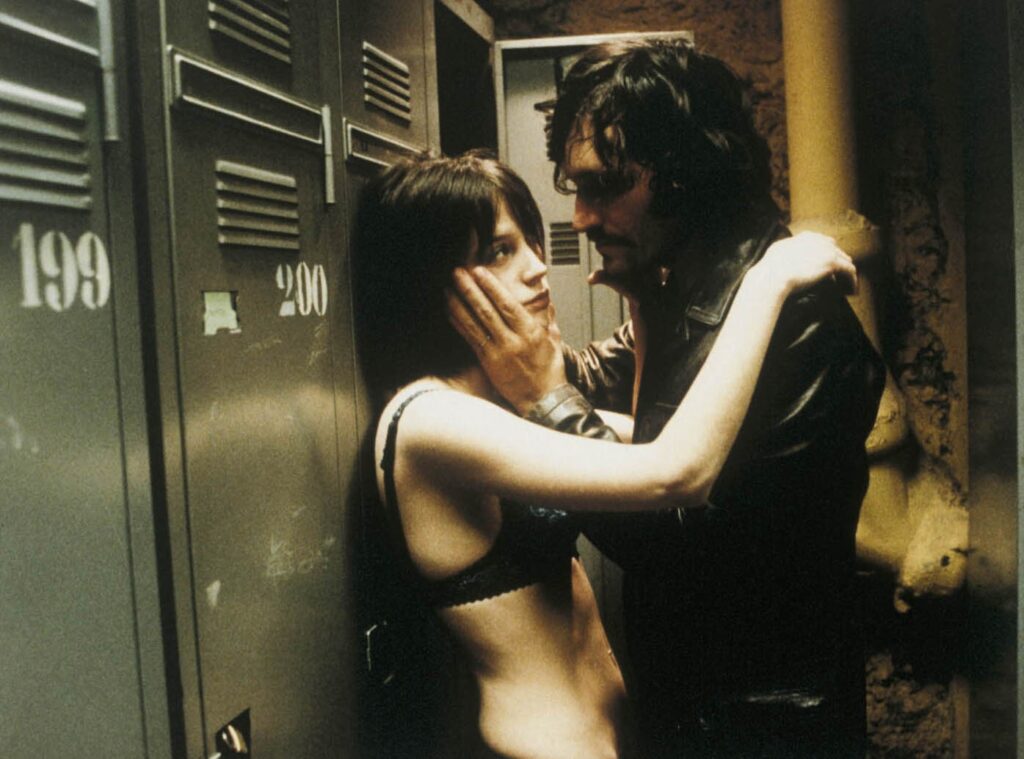 “A portrait of devouring passion, Trouble Every Day is Denis’s most troubling work, but its potency derives less from its explicit images than from the sincerity with which it pursues its carnal conceit. Léo (Alex Descas), a doctor, is both caregiver and captor to his wife Coré (Béatrice Dalle), who suffers from a strange and deadly sexual affliction. Meanwhile, in a Parisian honeymoon suite, American scientist Shane (Vincent Gallo) keeps his virginal bride (Tricia Vessey) at bay as he attempts to manage his own dangerous appetites.”
— Juliet Clark, BAMPFA