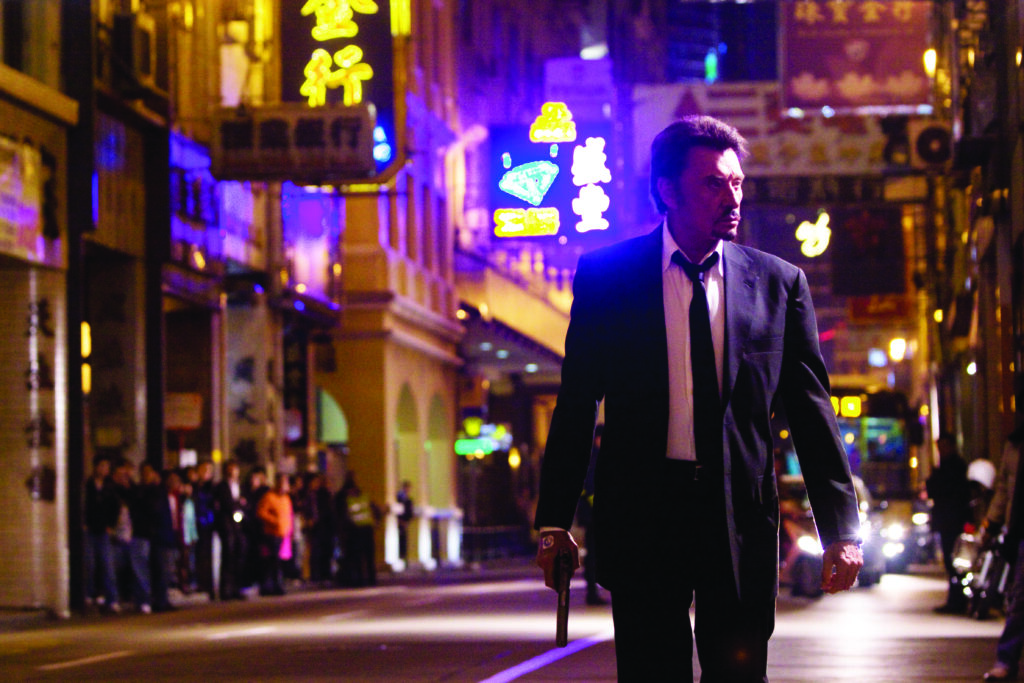 What is vengeance if you can’t remember who it is you’re avenging?…Vengeance is a rich, fragrant reduction of To’s favorite themes (male bonding and codes of loyalty, the triad underworld, vengeance), trademarks (slow-motion clouds of blood, unforgettable set pieces, impossibly sleek cinematography, brooding men, black humor), and actors (Anthony Wong, Simon Yam, Lam Suet). French actor and singer Johnny Hallyday plays François Costello, a Parisian restaurant owner who is in Macau at the request of his daughter — to avenge a savage attack on her family. Costello crosses paths with a crack team of triad hit men, whom he then hires to carry out his own revenge plan — a plan growing increasingly hazy due to his deteriorating memory. Vengeance, indeed, is a dish best served by Johnnie To.

“Popcorn and art certainly can co-exist, as this movie amply demonstrates.”
— Kirk Honeycutt, The Hollywood Reporter