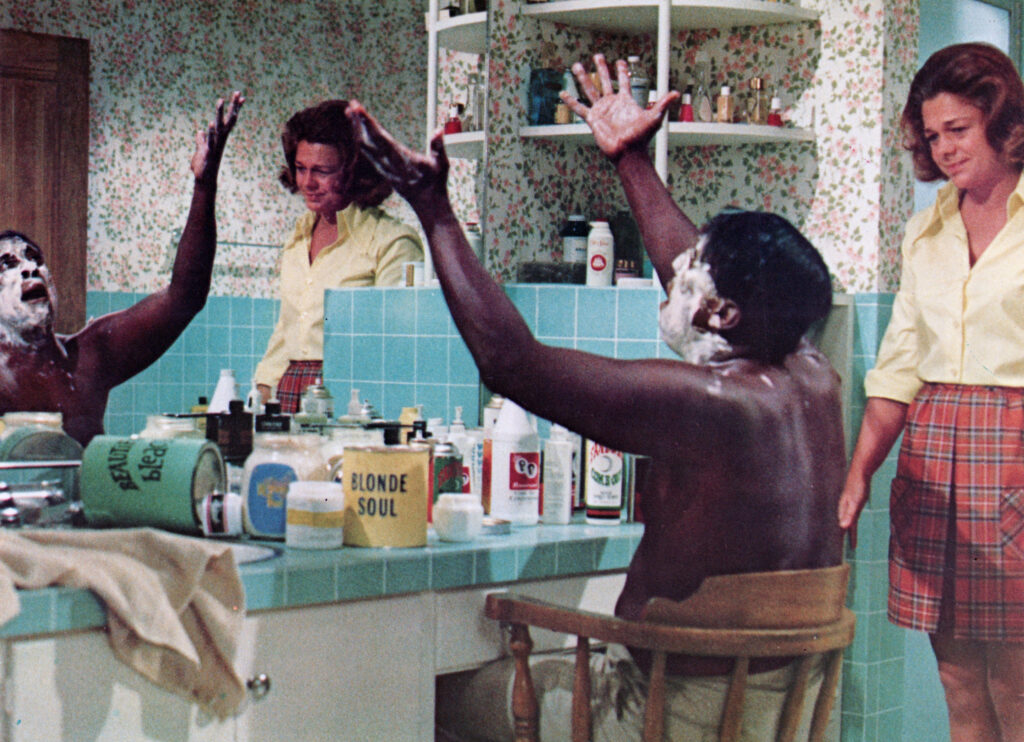 Veteran stage and screen actor Godfrey Cambridge plays a white suburban bigot who wakes up one morning to find his skin has turned Black. Inspired by Franz Kafka’s Metamorphosis, and by John Howard Griffin’s autobiographical Black Like Me Van, Peebles first studio film was supposed to be a vehicle for a white actor exploring race in contemporary America, but the young director convinced the producers to hire Cambridge who appears in white face in the beginning of the film. Watermelon Man’s satire critiques the complacent middle class and its casual acceptance of racist attitudes.