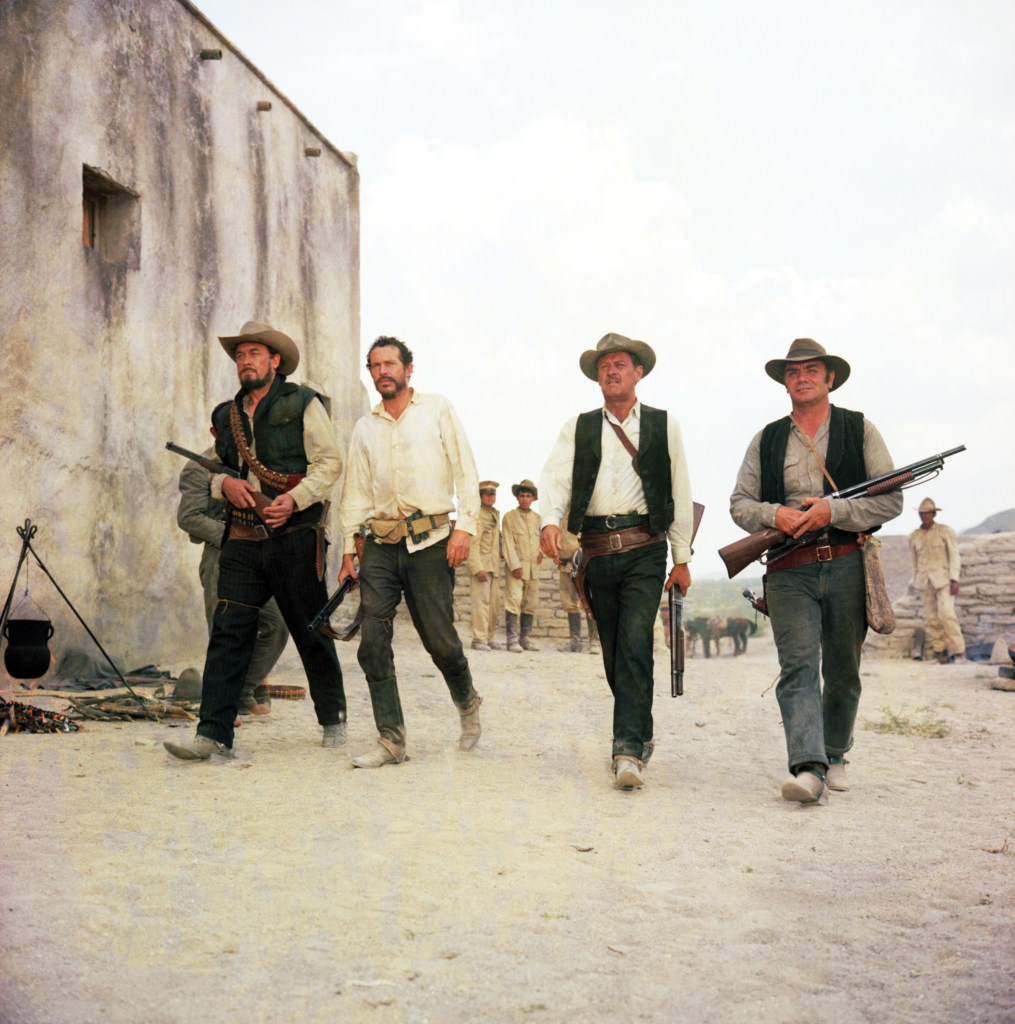 “As the western genre dried up around him, Sam Peckinpah assembled a group of grizzled veterans for one last trip into the breach. A cadre of aging outlaws, fleeing the authorities, attempts to make a final score for a Mexican general, but when things go awry, the gang finds itself in one of the wildest and bloodiest of screen shoot-outs. Peckinpah’s masterpiece is at once classical and revisionist, an exemplar of the very genre it so brilliantly subverts.”
— Museum of the Moving Image

“The Wild Bunch has influenced a generation of filmmakers, not only with its bold technique but with its surprisingly graceful exploration of character.”
— James Greenberg, The New York Times

“What makes The Wild Bunch so powerful is not merely its radically revisionist qualities but that it stands so squarely on the old tropes of the genre. Train robberies, horse chases, gunfights, circling buzzards, reluctant showdowns — they’re all there but are shot through with such energy and poeticism that they seem both new and ultimately exhausting in their finality.
— Tom J. Carlisle, Reverse Shot