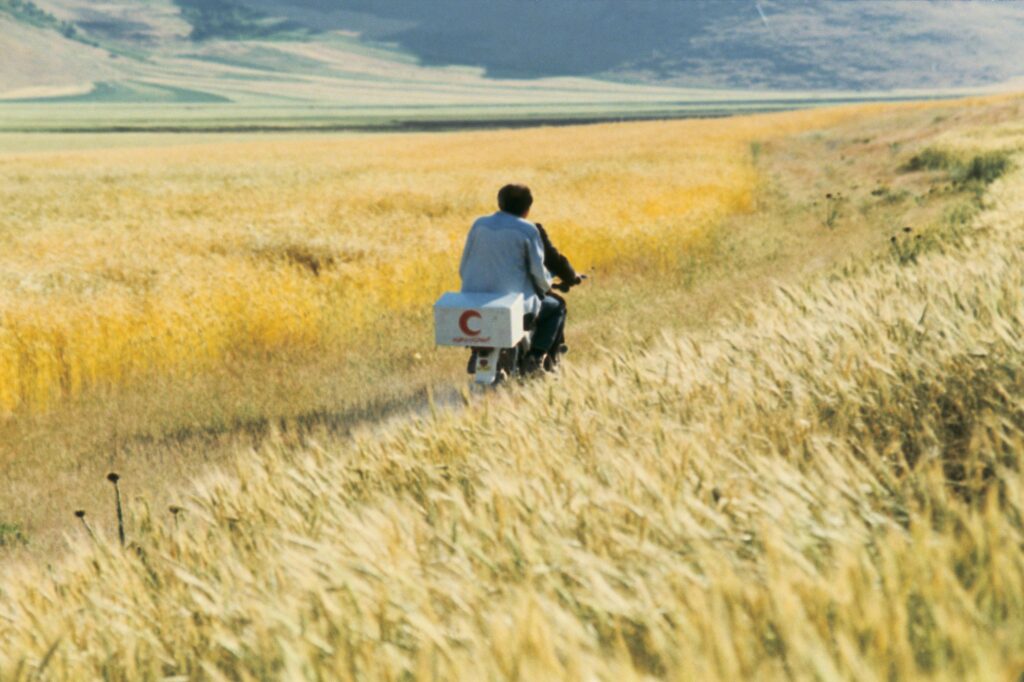 The Wind Will Carry Us

“‘Prefer the present’ is the simple message of this complex, poetic, profoundly beautiful film from Iran’s Abbas Kiarostami….As always, Kiarostami positions his fiction in a space that is uniquely his—somewhere between documentary realism and metaphorical abstraction. His clear, direct style is characterized by rapturous images (particularly of landscapes and his largely nonprofessional cast), and his narrative ellipses — characters never seen, story gaps never filled in — create a sense of transcendent mystery. Kiarostami’s main character is a filmmaker (Behzad Dourani) who has come to a remote region of Iran to create a documentary on a small village’s distinct mourning rituals. But an old woman, whose death is to be the occasion of the film, refuses to die on schedule. With time to fill, he explores the labyrinthine, celestial village and drives to a high point on a hill (the local cemetery) to receive cell phone calls from his panicked producers back in Tehran. Messages from on high become nagging demands from a bureaucracy of the beyond—but who needs the next world when this one is so compelling?” — SFFILM