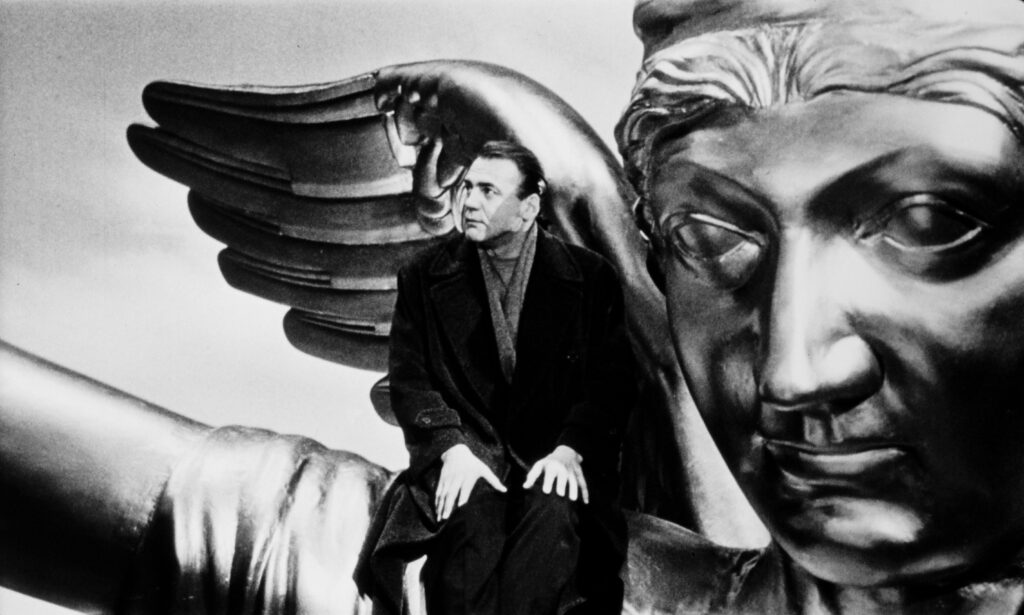 “Wings of Desire posits two sad and sober trench coat-clad angels whose beat is Berlin. Played by Bruno Ganz, at his most intensely human, and Otto Sander, these seraphim receive the thoughts of the humans among whom they mingle. Among the mortals the angels encounter is an aging writer absorbed in memories of a devastated Germany; an actor (Peter Falk) on location shooting a film about the Nazi era; and a lovely, lonely trapeze artist (Solveig Dommartin) for whom Ganz’s angel finally falls. Heaven can wait.”
— Judy Bloch, BAMPFA