The San Francisco Museum of Modern Art (SFMOMA) is one of the largest museums of modern and contemporary art in the United States and a thriving cultural center for the Bay Area. Our remarkable collection of painting, sculpture, photography, architecture, design and media arts is housed in an LEED Gold-certified building designed by the global architects Snøhetta and Mario Botta. In addition to our seven gallery floors, SFMOMA offers 45,000 square feet of free, art-filled public space open to all. Presentations drawn from our outstanding collection of approximately 50,000 artworks are joined by works from the renowned Doris and Donald Fisher Collection and the Pritzker Center for Photography, as well as by the following special exhibitions:

Please note, due to the ongoing COVID-19 pandemic, these dates are subject to change.

In a groundbreaking partnership with City College of San Francisco, SFMOMA hosts Diego Rivera’s monumental mural The Marriage of the Artistic Expression of the North and of the South on the Continent, more commonly known as Pan American Unity, in the museum’s Roberts Family Gallery free space. The mural, originally painted in front of a live audience at the 1940 Golden Gate International Exposition on San Francisco’s Treasure Island, is comprised of 10 fresco panels and measures 22 feet high and 74 feet wide (over 1,600 square feet).

It was Rivera’s last project outside of Mexico and is not only a treasured part of San Francisco history, but also one of the most important works of public art in the United States. Pan American Unity is installed in SFMOMA’s free-to-visit Roberts Family Gallery on the ground floor in conjunction with Diego Rivera’s America. 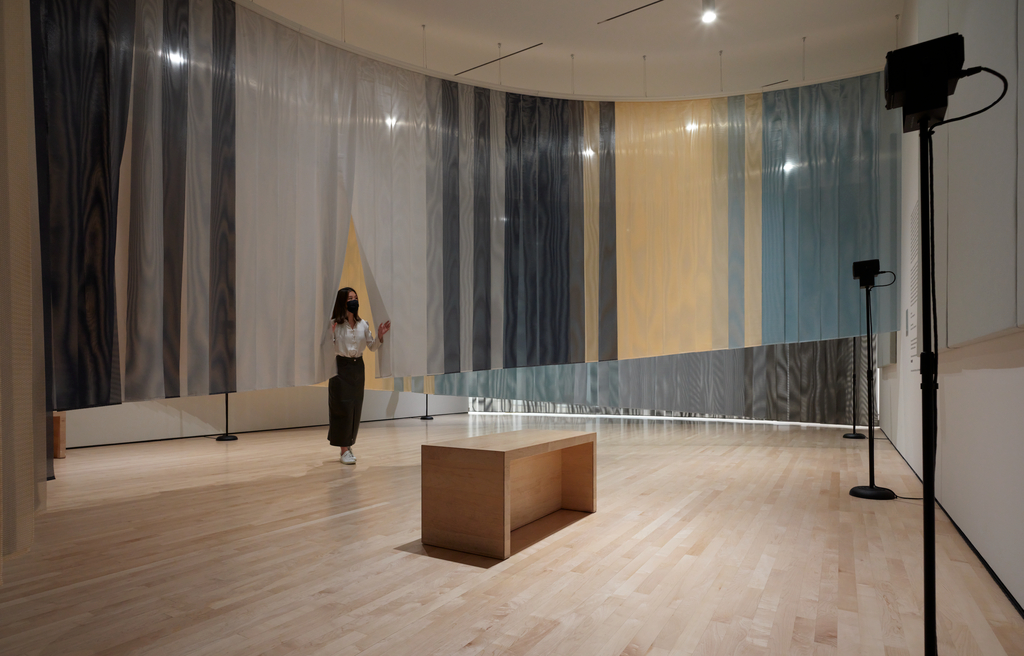 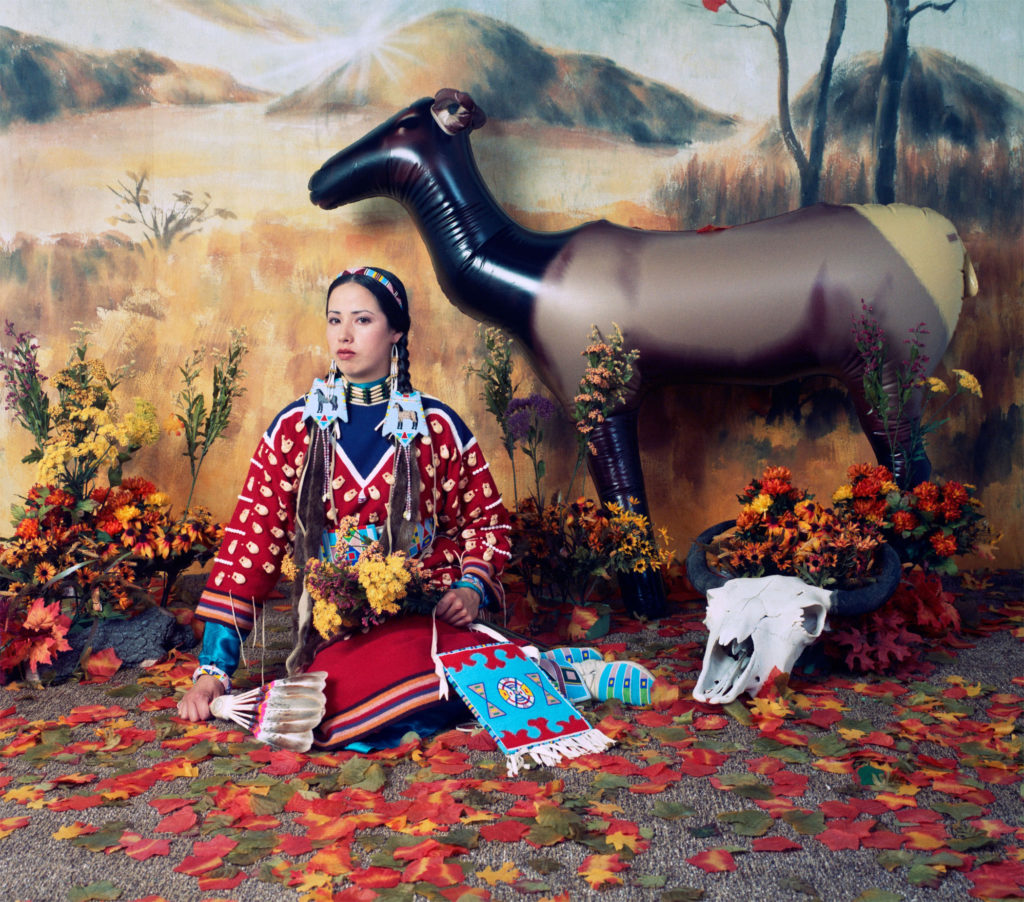 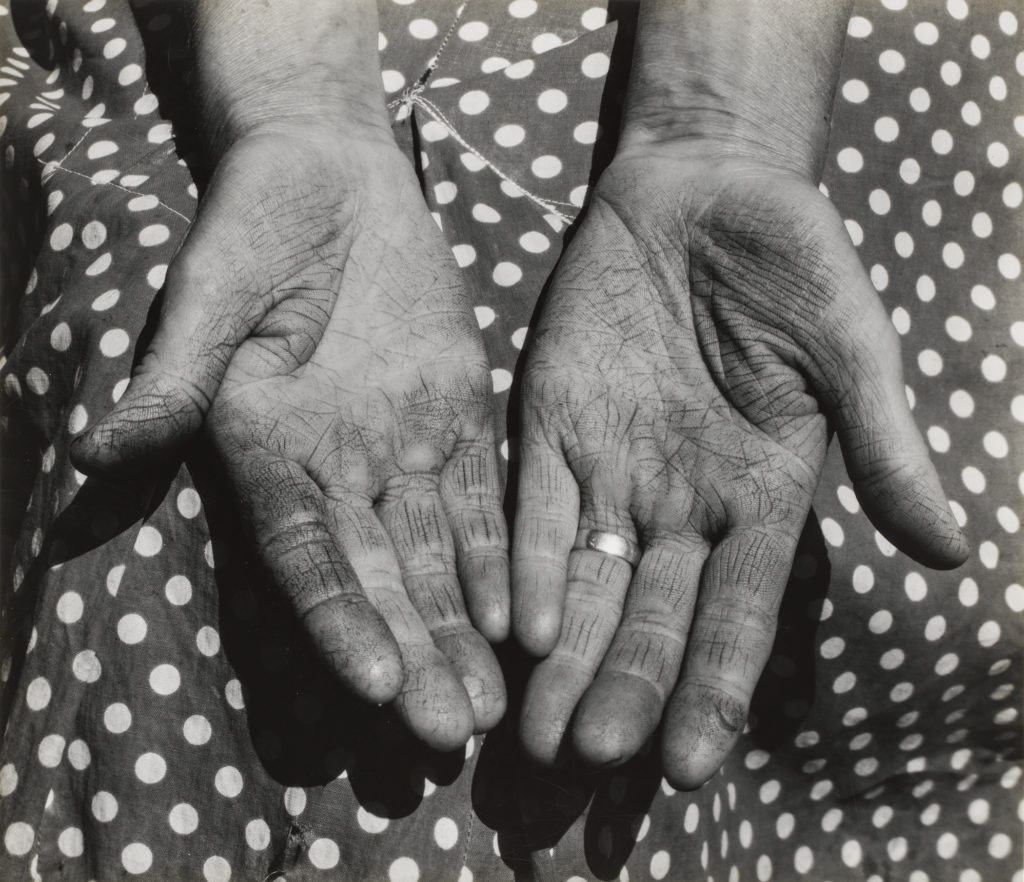 A Living for Us All: Artists and the WPA

During the Great Depression (1929–1939), the United States government provided vital aid to thousands of artists, public art projects, and education initiatives through the Works Progress Administration (WPA). Drawn primarily from SFMOMA’s allocation of WPA work, this exhibition explores the variety of approaches that artists embraced in this period to examine their communities and circumstances. Working in painting, photography, printmaking, and even weaving, some focused on themes of labor and daily life, while others turned to abstraction or surrealism. All engaged in aesthetic experiments and formal innovations made possible by the program’s financial support. Advancing the radical idea that art is a public resource, the WPA offered a new model for the artist’s role in society. 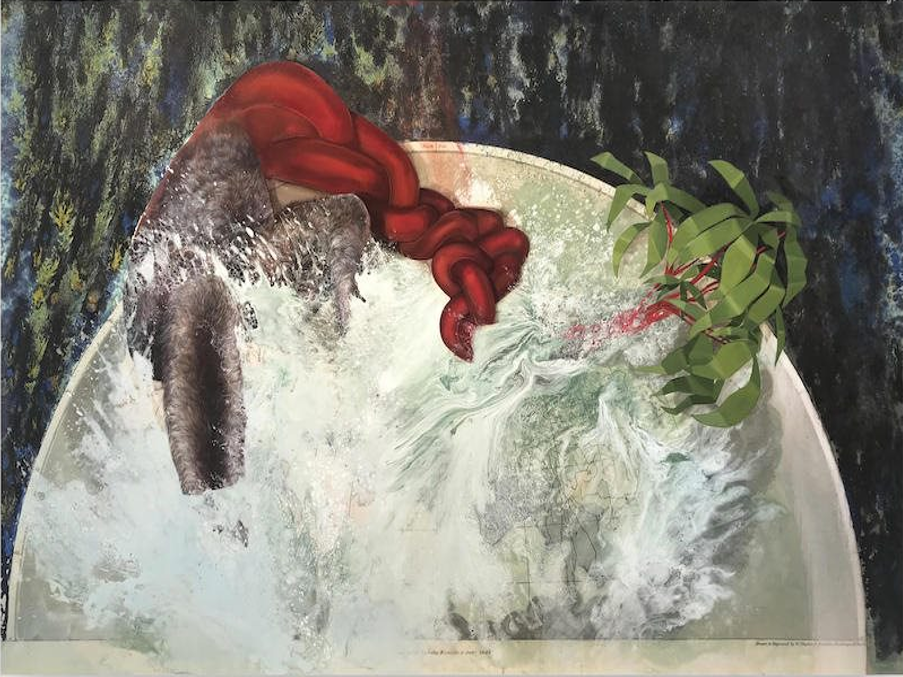 Shifting the Silence features dynamic works by 32 women artists who use the radical language of abstraction to enhance our understanding of the world we inhabit. Named after artist Etel Adnan’s 2020 book about history and existence, Shifting the Silence embraces experimentation, impermanence and subjectivity — bold yet poetic characteristics that mark the art of our time. Featuring recently acquired works by Firelei Báez, Nairy Baghramian, Liz Hernández, Cinthia Marcelle, Tania Pérez Córdova, Lorna Simpson and Haegue Yang, Shifting the Silence harnesses their defiant, yet enlightened energy to explore visual culture, the motivations of its practitioners and its varied influences. This experiential exhibition of art produced over the last quarter century includes sculpture, photography, textile, video, painting and time-based installation. 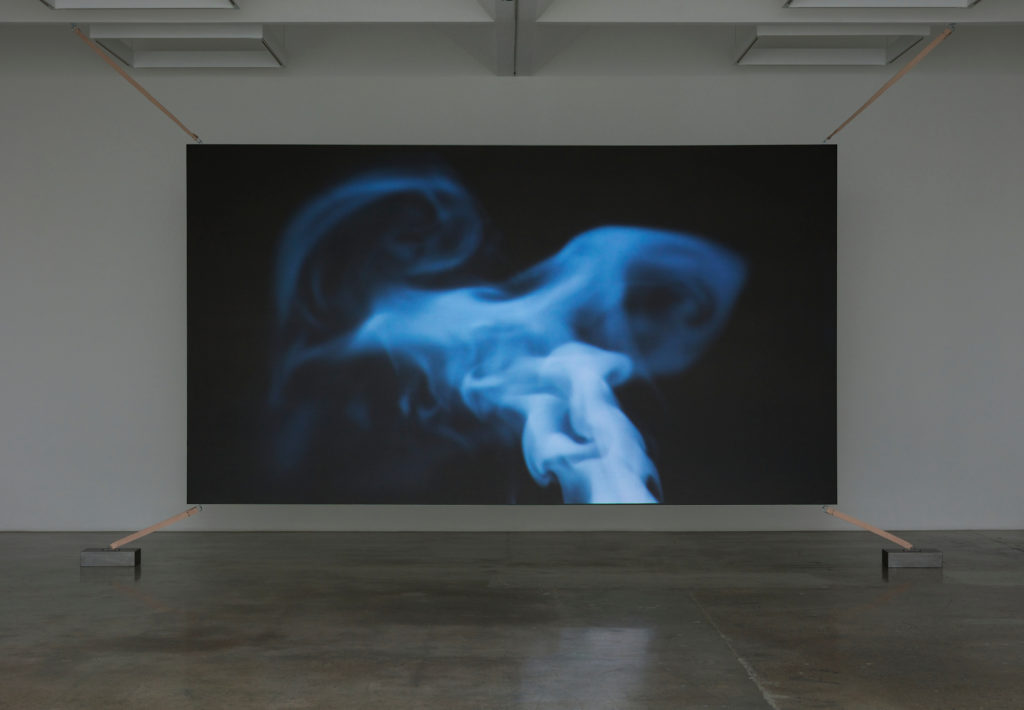 From analysis of DNA to emotional sentiments, the contemporary artists in Speculative Portraits draw from scientific research and technology to expand on ideas of portraiture, identity and human presence. Spanning digital animation to sculpture, the presentation brings together select loans and works from the media arts collection by Heather Dewey-Hagborg, Lynn Hershman Leeson, Rhonda Holberton, Mika Tajima and Gail Wight. A key point of departure for the exhibition and a major acquisition, Lynn Hershman Leeson’s installation Room #8 (2006-18) culminated from the artist’s 12-year investigation into the biological nature of identity. 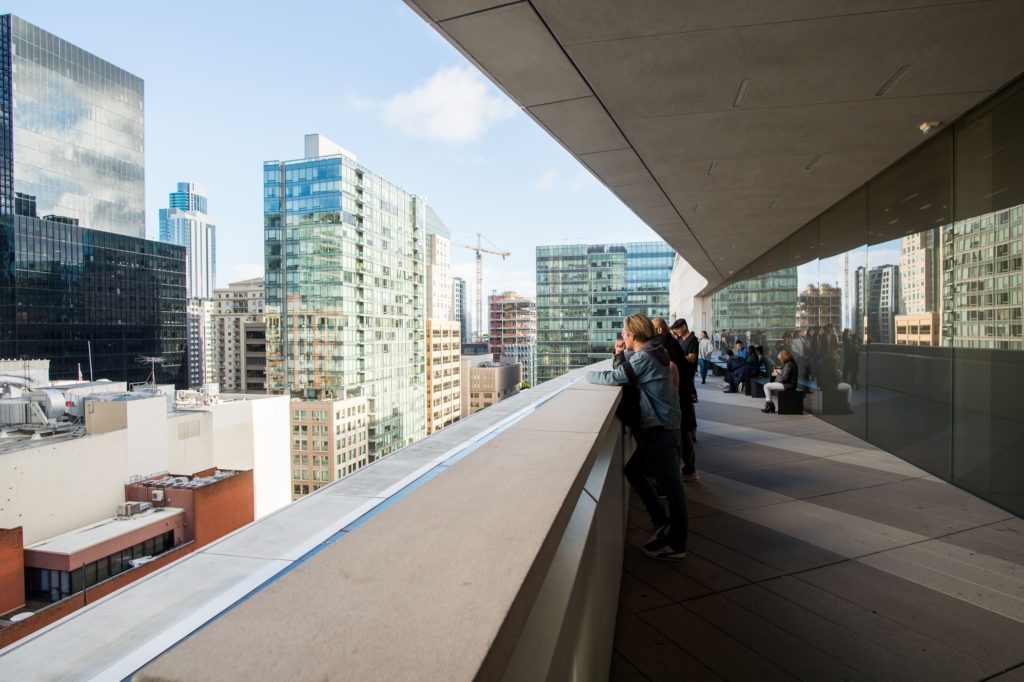 Susan Philipsz: Songs Sung in the First Person on Themes of Longing, Sympathy and Release

This sound installation offers a contemplative listening experience for visitors as they enjoy panoramic views of downtown San Francisco and the full reopening of SFMOMA’s outdoor terrace since its temporary closure in March 2020. A single speaker will feature the U.S. debut of Songs Sung in the First Person on Themes of Longing, Sympathy and Release (2003) by the Berlin-based, Scottish artist Susan Philipsz. In this 13-minute presentation, the artist is heard singing acapella versions of songs by Teenage Fanclub, Soft Cell, The Smiths, and Gram Parsons. She often uses popular music in her work because of its capacity to evoke emotional responses and collective memories. 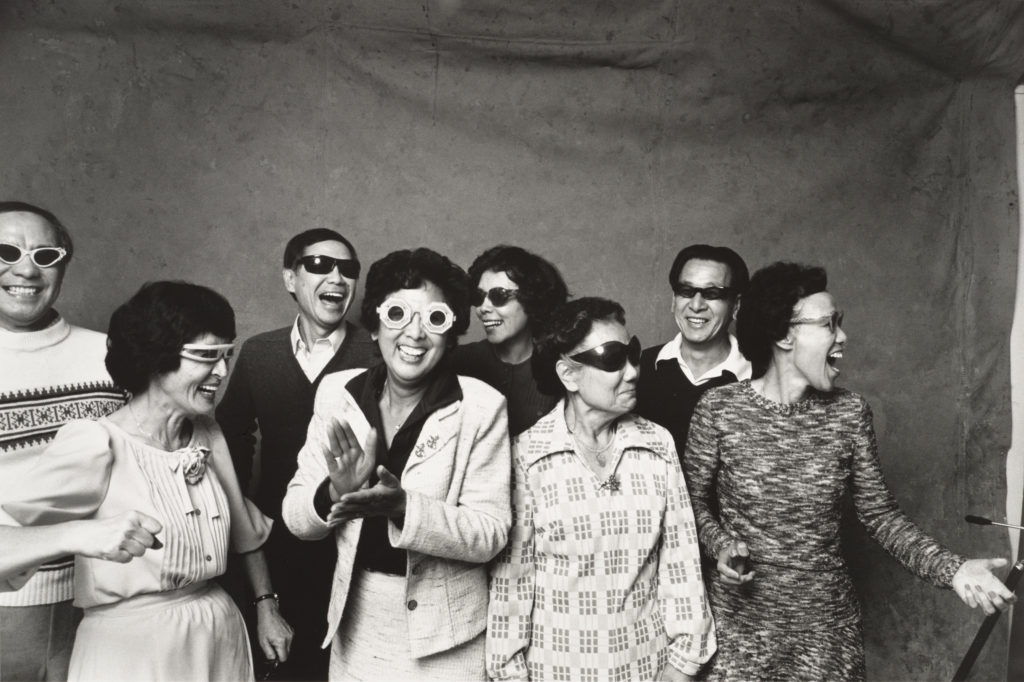 Michael Jang has spent a lifetime documenting the world around him. In early 2021, he wheat-pasted a series of his photographic images taken in the 1970s over a boarded-up storefront on Clement Street, the heart of San Francisco’s unofficial Chinatown. Unsanctioned public installations have since become his primary form, fueling his artistic practice with new resonance. Jang’s SFMOMA commission departs from his Clement Street project, adorned with new images and designs, and anticipating further intervention by the artist during its installation. 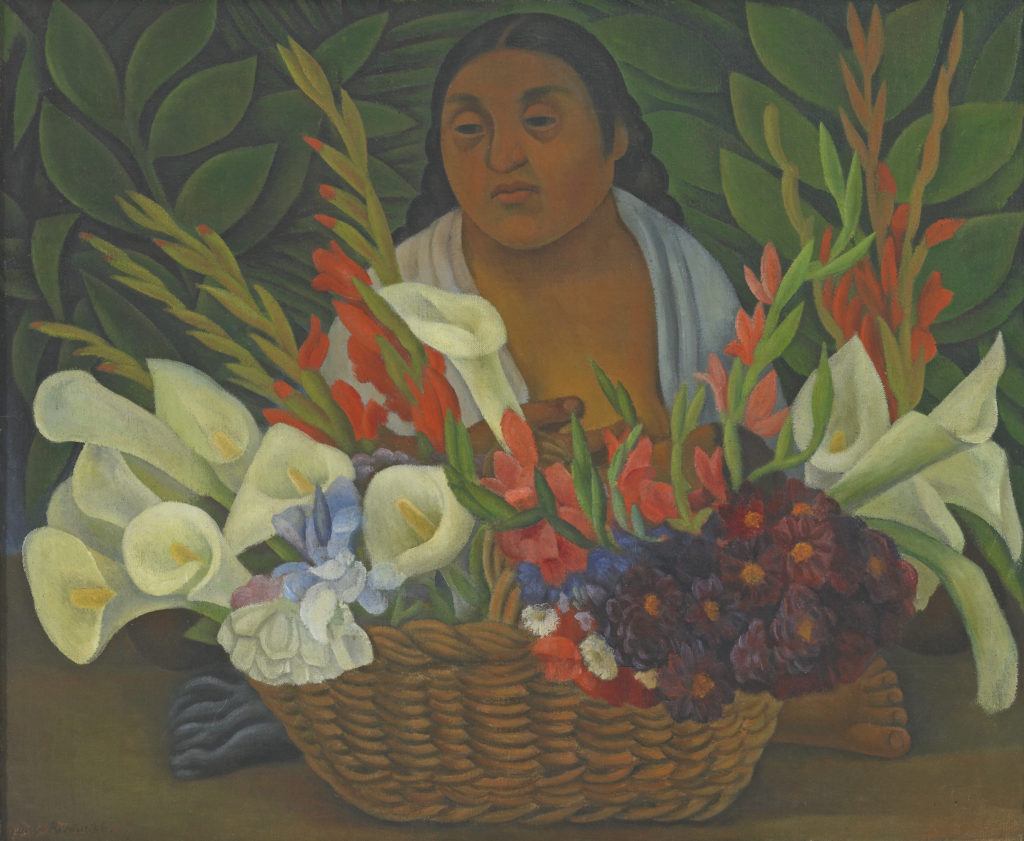 The most in-depth examination of the artist’s work in more than 20 years, Diego Rivera’s America will provide a new critical and contemporary understanding of one of the most aesthetically, socially and politically ambitious artists of the 20th century. Through a careful selection of some 160 objects, the exhibition will explore central themes of Rivera’s work in Mexico and the United States from the early 1920s through the early 1940s. During these two key decades in a prolific career, Rivera created a new vision for North America, informed by his travels in Mexico and the United States.

Featuring extraordinary easel paintings, drawings, and portable frescoes, as well as filmed projections of murals, the exhibition will highlight the close relationship between Rivera’s mural and studio practices. Diego Rivera’s America will revisit a historical moment when Rivera, more than any other artist of his time, was instrumental not only in forging Mexican national identity, but also in imagining a shared American past and future.

The Presenting Sponsors for Diego Rivera’s America are Bank of America, the Evelyn D. Haas Exhibition Fund, Sir Deryck and Lady Va Maughan, Helen and Charles Schwab, and Pat Wilson. Major support is provided by the Lisa and Douglas Goldman Fund, Mary Jo and Dick Kovacevich Family Foundation, and the Bernard Osher Foundation. Generous support is provided by Jessica and Matt Farron, Mary Robinson, Nancy and Alan Schatzberg, and Margaret V. B. Wurtele. Meaningful support is provided by the Robert Lehman Foundation. Research and planning support for Diego Rivera’s America is provided in part by the Koret Foundation. This project was made possible in part by the Institute of Museum and Library Services. Funding for the conservation of Pan American Unity was generously provided through a grant from the Bank of America Art Conservation Project. 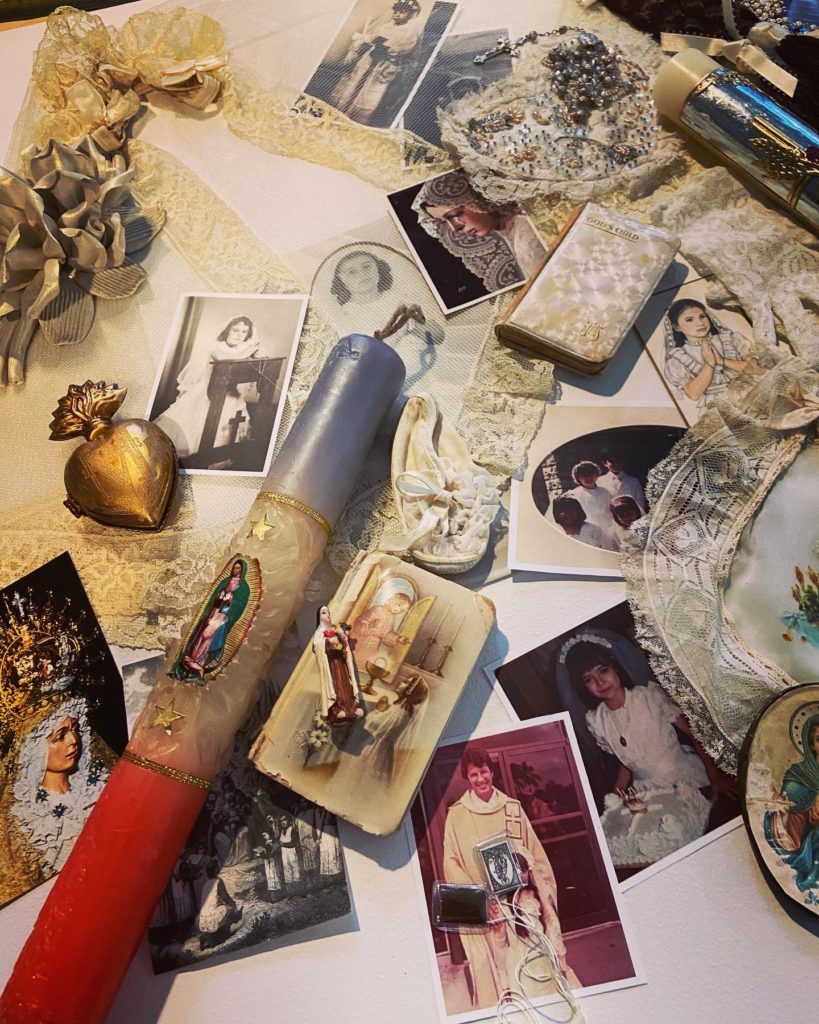 Amalia Mesa-Bains presents a two-part exhibition featuring the autobiographical installation Venus Envy, Chapter I: The First Holy Communion Moments Before the End and Madrinas y Hermanas (Godmothers and Sisters), a selection of works from SFMOMA’s permanent collection curated by the artist.

Presented for the first time since it was originally realized in 1993, Venus Envy, Chapter I is the first of a series of autobiographical installations Mesa-Bains created over several decades. Starting from the artist’s childhood experience of her first Holy Communion, the installation displays objects, images, mementos and clothing and examines codes of gender in Catholic rituals and ceremonial rites of passage.

Spanning two adjacent galleries is Madrinas y Hermanas (Godmothers and Sisters), featuring works drawn from the museum’s collections. Accompanied by texts written by Mesa-Bains, the selection includes the works of artists by whom she was inspired, such as Frida Kahlo, as well as by friends and peers Yolanda López, Mildred Howard and Hung Liu, among others. 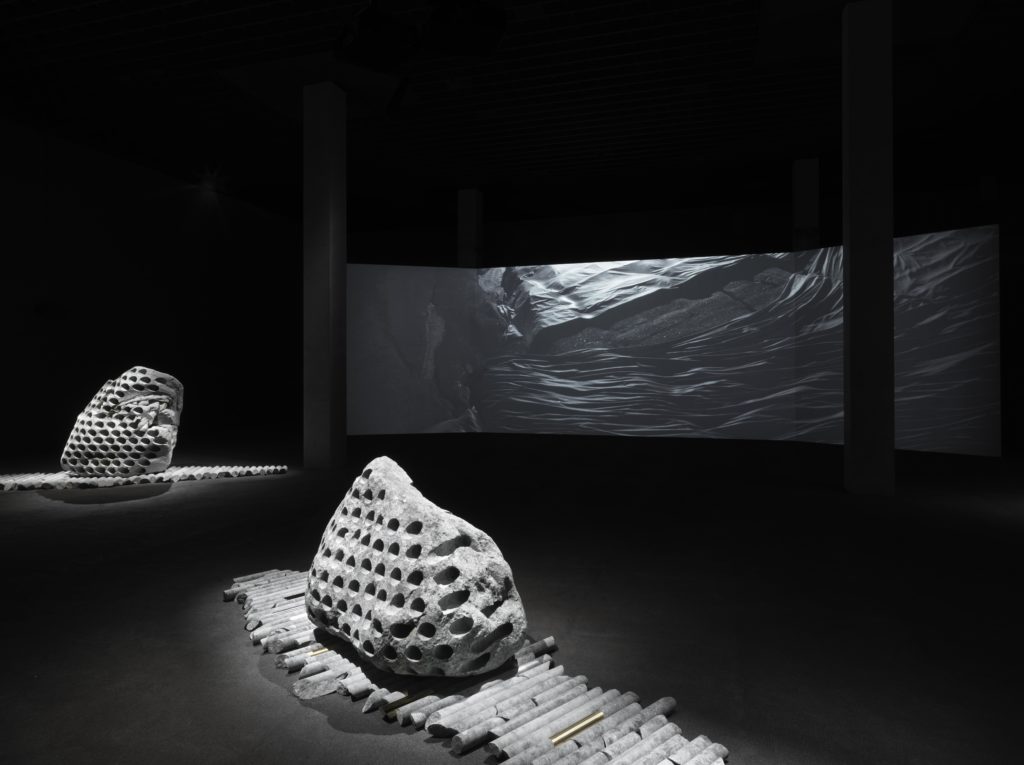 The fascinations of the Arctic and Antarctic have captured our collective imagination for centuries. For the last decade, French-Swiss artist Julian Charrière has traveled to remote and hostile polar regions to explore humankind’s interconnection with these otherworldly environments that have come to represent the precariousness of our future.

The artist’s first solo exhibition on the West Coast, Julian Charrière: Erratic presents works across media that revolve around the artist’s poetic engagement with ice landscapes challenging our constructs of different temporalities, while bringing attention to the traces and longstanding effects of human interferences in nature. The central work of this cinematic and sensory filled exhibition is Towards No Earthly Pole (2019), a panoramic film combining haunting footage of glaciers taken at night during the artist’s expeditions to various glacial regions.

Through immersive encounters with Charrière’s work in this timely exhibition, visitors are invited to approach an environmentally, culturally and politically charged geography with a heightened sense of ecological awareness.

Julian Charrière: Erratic is supported by Etant donnés Contemporary Art, a program from Villa Albertine and FACE Foundation, in partnership with the French Embassy in the United States, with support from the French Ministry of Culture, Institut français, Ford Foundation, Helen Frankenthaler Foundation, CHANEL, and ADAGP. 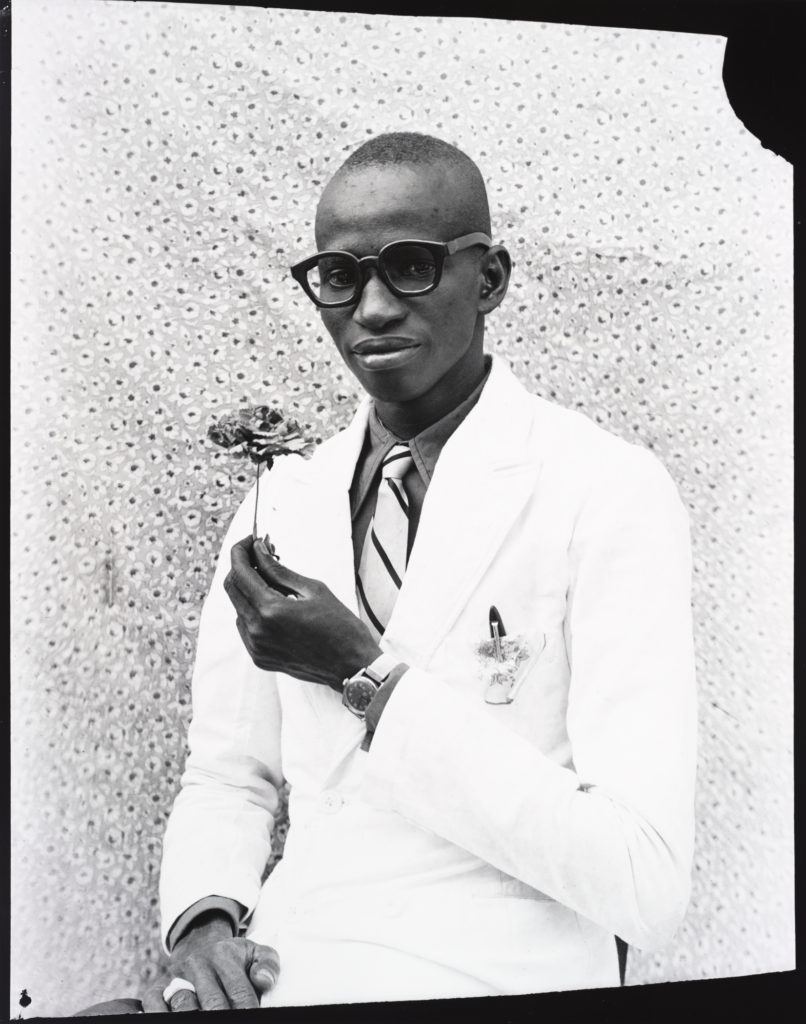 Sightlines: Photographs from the Collection

Sightlines: Photographs from the Collection illuminates some of the myriad ways that SFMOMA’s expanding contemporary holdings intersect with and diverge from earlier photographic traditions. Spanning the history of the medium, this dynamic presentation of over 200 photographs examines various themes, including studio portraiture and the relationship between the body and the landscape.

One gallery is devoted to Louis Carlos Bernal’s vibrant color photographs of the Southwest from the late 1970s. A suite of galleries considers the question of what constitutes a photograph through a selection of works made without a camera, from Man Ray’s humorous and irreverent photograms to a large-scale cyanotype installation by Meghann Riepenhoff. 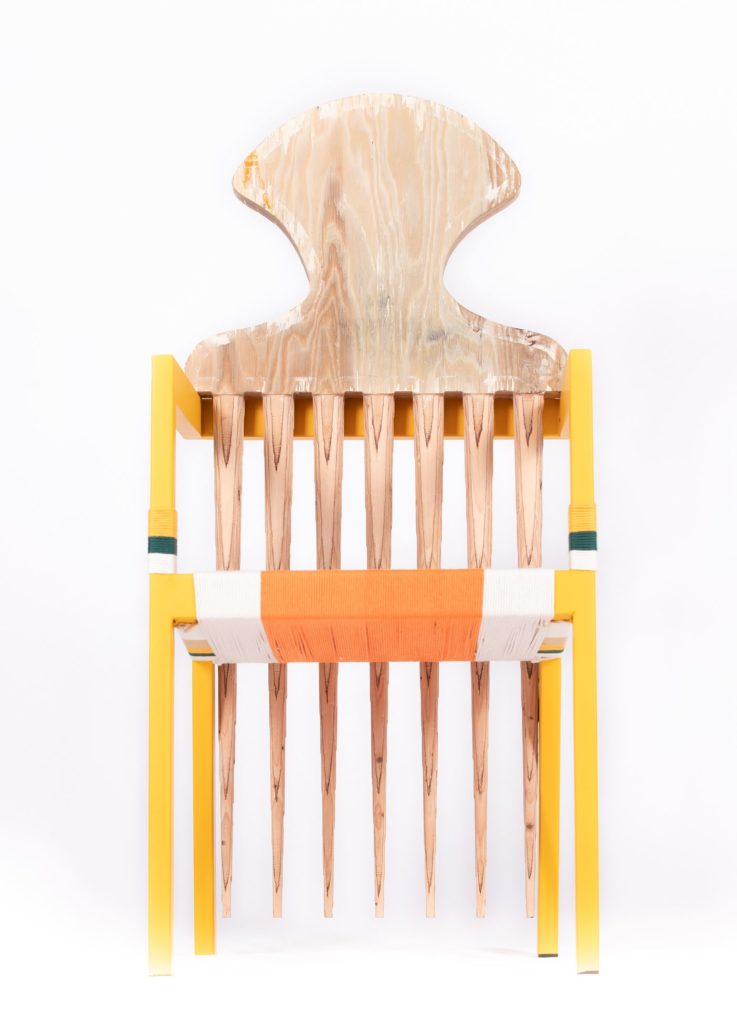 Conversation Pieces brings together over 40 works of contemporary design, each beginning a dialogue, emphasizing intellectual and emotional connection, and at times, shifting to a complex and imperative demand for broader cultural attention.

Mid-20th century modern design became a symbol of social progression, an outward expression of shaking off a post-war historical weight and an opportunity to start anew. Industrial fabricators were enthusiastically venturing into mass-produced consumer goods production as military demands were dwindling. Many decades later, the popularity of mid-century modern design still has a firm hold on the consumer market; however, 21st century contemporary designers are shifting the conversation, and reintroducing cultural meaning into furniture. By drawing attention to domestic material culture, the works on view engage with issues of purpose, representation and sustainable fabrication.

Organized in collaboration with Los Angeles-based interior designer Alexandra Loew, the exhibition is designed to be welcoming and informal, with benches for visitors at the same height as the works on view and including audio from several designers. In keeping with the larger collection mission to recognize thought-provoking critical works of architecture and design, the works on view are sometimes jarring, often bold and always conversation starters. 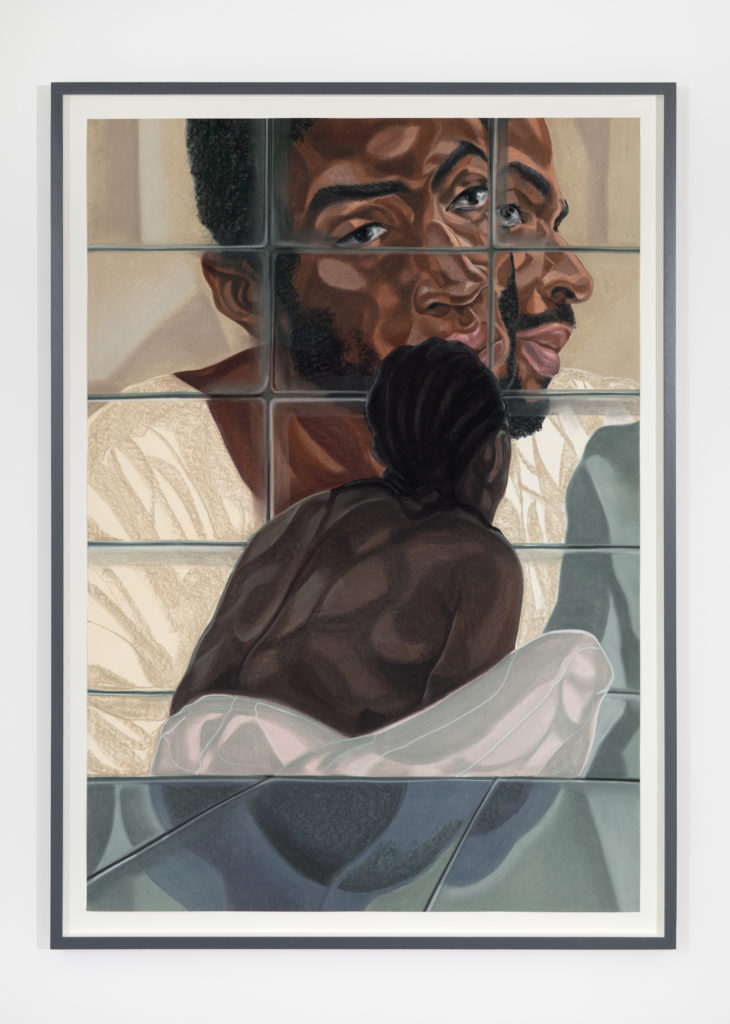 Toyin Ojih Odutola’s New Work exhibition is set in the year 2050 in Eko, the Yoruba name for today’s Lagos. Inspired by the speculative fiction of Octavia E. Butler and the poetry of Dionne Brand, this new body of work contemplates how bodies, psyches and architectures might respond to an overpopulated, mutated world. Conceived during the pandemic lockdown and following Ojih Odutola’s A Countervailing Theory exhibition at the Barbican Centre, London (2020); Kunsten Museum of Modern Art Aalborg, Denmark (2021); and the Hirshhorn Museum and Sculpture Garden, Washington, D.C. (2021–2022), New Work: Toyin Ojih Odutola melds storytelling forms to consider African and other global futures.

Born in 1985 in Ile-Ife, Nigeria and based in New York, Ojih Odutola is known for her drawings of figures, interior architectures and landscapes that call on references ranging from art history to the artist’s own upbringing. Often produced in narrative series, her drawings describe scenes or chapters of overarching universes. The artist’s distinctively layered method of mark-making highlights topographies of skin and surface.