America is Waiting: Bruce Conner and the Cultural Zeitgeist

As SFMOMA’s retrospective of the work of Bruce Conner (1933–2008) indicates, the inimitable San Francisco artist made his mark both within the art world and beyond. Producer of darkly incisive found-object assemblages, pioneering experimental films, meticulous drawings and collages, raucous documentary photography, and ethereal photograms, Conner was also at the leading edge of the movements that defined San Francisco and shaped the cultural landscape of the United States in the postwar era.

“San Francisco had a reputation for tolerance of different views. . . . There were people exploring words, music, dance, sculpture, and painting in unique ways that you wouldn’t find in New York or anyplace else in the country.”

RENAISSANCE BY THE BAY: SAN FRANCISCO IN THE 1950s 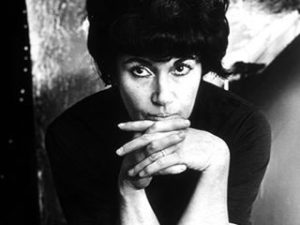 Bruce Conner and his wife, artist Jean Sandstedt, flew to San Francisco immediately after their wedding in Lincoln, Nebraska on September 1, 1957. Among the friends who greeted them on the West Coast were filmmaker Larry Jordan and poet Michael McClure. McClure, whom Conner had known since they attended high school together in Wichita, Kansas, introduced the Conners to his neighbors in the Fillmore district, including artists Jay DeFeo and Wally Hedrick.

By the time the Conners arrived, the San Francisco Renaissance in art and poetry was in full swing. It had been nearly two years since the infamous Six Gallery reading, when poets, including Philip Lamantia, McClure, and most famously Allen Ginsberg, performed their writing for a packed house. Notably, sculptures by artist Fred Martin— assembled from orange crates, muslin, and plaster—shared a stage with the poets that night. Far from occupying separate spheres, visual art and literature were closely intertwined. When Dave Haselwood, a friend of Conner’s since his Wichita days, founded the Auerhahn Press in San Francisco in 1958, Conner designed its logo of a wood grouse (Auerhahn in German). Covers of the press’s publications by poets associated with the Beat movement were designed by artists including Wallace Berman, Conner, and Robert LaVigne. In 1959, Conner and LaVigne organized a parade, described on the event’s flier as “a spectacle of Objects” accompanying “a WayOut WALK OF POETS,” as part of a benefit for Haselwood’s press.

Without an active market for their work, artists instead focused on their community of peers, hosting parties, exhibiting in informal artist-run galleries, and producing ephemeral events and objects. Conner’s art in this period consisted primarily of found-object assemblages. He gave little thought to the long-term preservation of those he referred to as RATBASTARDS, attaching handles and carrying or wearing them in the street like appendages. In 1958, he founded the Rat Bastard Protective Association. Among those he invited to join the group, which was inspired in part by the local garbage collectors’ association (the Scavenger’s Protective Association), were Jean, Joan Brown, DeFeo, Hedrick, Haselwood, and Martin. They were asked to use an approved seal on their works and to attend meetings—or “‘meeting’ parties,” as Brown described them—at members’ homes. Most did not pay the prescribed dues, Conner noted, “But they supplied the beer and good times.” As Brown said, “The point was that there was really no point.”

“You don’t know me but I know you and you are my fave rave.” 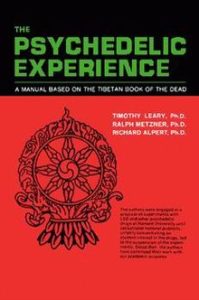 Except for four years in the early 1960s, when he lived in Mexico City and the Boston area, Conner spent his entire career in San Francisco. By the time he returned to the city in 1965, a new countercultural ethos had begun to take hold. Conner was already well acquainted with certain defining features of what became known as the hippie era. He had experimented with psilocybin mushrooms in Mexico and had even lived for a short time with Timothy Leary’s commune-like International Federation for Internal Freedom in Newton, Massachusetts. His intricate mandala drawings were used in influential graphics of the era, appearing on the endpapers of The Psychedelic Experience: A Manual Based on the Tibetan Book of the Dead (1964), by Leary, Ralph Metzner, and Richard Alpert, and on the program cover for the Trips Festival. Inside the program, Conner is named as a participant in the watershed acid test, which took place over three days in January 1966 at San Francisco’s Longshoreman’s Hall. He designed the cover of the San Francisco Oracle during the Summer of Love, producing four different color variations for the Haight-Ashbury–based newspaper’s August 1967 issue.

Conner quit the art world in 1967. Instead of exhibiting his work in museums and galleries, he pursued his activities in other spheres. He launched a highly unconventional campaign for a seat on San Francisco’s Board of Supervisors, and participated in psychedelic light shows as part of the North American Ibis Alchemical Company, which performed with the likes of the Doors and the Steve Miller Blues Band at San Francisco’s Avalon Ballroom. 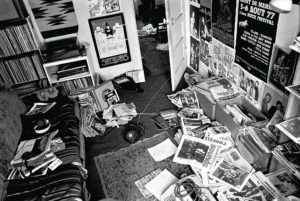 He was excited by the immediacy of the medium, saying: “Since my films were extensions of music, or music in relation to image, what more perfect way than to improvise and create at the time that it’s happening and have it immediately consumed.” The group’s final light show took place at the San Francisco Museum of Art (now SFMOMA) in November 1967. Unhappy with the group leader’s decision to project onto a screen, “like a movie,” Conner broke rank and concluded the performance by pulling the screen down so that “everything was projecting all over the place.” He remembered one audience member telling him, “I didn’t understand what it was all about until finally when everything came down it all made sense.”

“I was attracted to the phenomenon of the punk scene because it had a lot of the same kind of energy that seemed to exist in the 1950s in San Francisco when artists and various people were called the Beat Generation.”

DO IT YOURSELF: SAN FRANCISCO’S PUNK SCENE

In October 1977, singer and choreographer Toni Basil invited Conner to see Devo at the Mabuhay Gardens, a North Beach nightclub where punk bands had recently begun to perform. That night he met V. Vale, a publisher who asked the artist if he would contribute to his incipient punk zine, Search & Destroy. Conner resolved to take photographs for one year: “Do a document of what happened during that period of time, what changes take place: the geography of the Mabuhay Gardens.” More participant-observer than detached documentarian, he likened his navigation of the turbulent scene to “combat photography,” reveling in its rebellious spirit. His photographs appeared on the pages of Search & Destroy throughout 1978. He later organized them into two portfolios: 26 PUNK PHOTOS (1978, printed 1985) and 27 PUNK PHOTOS (1978, printed 2004). 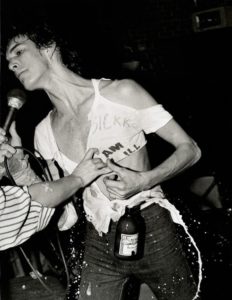 Even after his assignment ended, Conner—then in his mid-forties—continued to frequent local punk venues, such as the Deaf Club and Club Foot. Artist Christian Marclay, whose band performed at the Mabuhay Gardens, remembers him as “a gangly guy . . . dancing wildly in front of the stage.” The scene’s do-it-yourself ethos, annihilation of the traditional boundaries between performer and audience, and politically inflected anti-authoritarianism must have appealed to Conner, who always strove with his meticulously hand-crafted works to achieve direct, unmediated communication with viewers. His photos from the Mabuhay Gardens emphasize above all the rawness of the performances he witnessed.

Conner was a tremendous fan of music of all kinds, so it should come as no surprise that he created films inspired by the sounds he encountered during this period, including MONGOLOID (1978), set to a song by Devo, and AMERICA IS WAITING (1981), with music by David Byrne and Brian Eno. In the fall of 1978, he recorded demos of a new hardcore punk band called the Dead Kennedys, which had performed their first show at the Mabuhay Gardens earlier that year. (Papers in Conner’s archive indicate that the recordings, which were made at a local studio operated by a friend, later resulted in legal troubles for the artist-turned-producer.) This little-known fact, and the remarkable body of work that emerged from his involvement with San Francisco’s punk scene, underscore Conner’s unflinching commitment to this era-defining movement.

Bruce Conner: It’s All True takes its title from a letter dated November 18, 2000, in which Conner lists “some of the ways the media has characterized me,” including “beatnik, hippie, punk.” At the conclusion of a long list of monikers, many of them contradictory, he states, “It’s all true.” Indeed, it is precisely Conner’s fierce individualism—his refusal to slavishly adhere to any one ideology or movement—that made him an artist of his times whose art is strikingly timeless.