Diebenkorn’s copy of Alfred Barr’s Matisse: His Art and His Public

Over the course of his lifetime, Richard Diebenkorn amassed dozens of publications on Henri Matisse—more than any other artist. The first Matisse-related book Diebenkorn recalled purchasing was Alfred H. Barr Jr.’s Matisse: His Art and His Public (1951) in 1954, which he noted as being “probably the most important to [him]—in [the] ‘50s anyhow.” He used this volume, especially, as a scrapbook. As Diebenkorn encountered reproductions of Matisse’s works that were not already among its plates (or full-color images of works pictured only in black and white), the artist glued them onto the book’s blank pages, sometimes adding titles and dimensions in his soft script.

The curators of Matisse/Diebenkorn invite you to explore this particularly influential volume via the images below. These photographs of the well-worn book capture the end product of a career’s worth of engagement and interaction between Diebenkorn and the works of Henri Matisse. 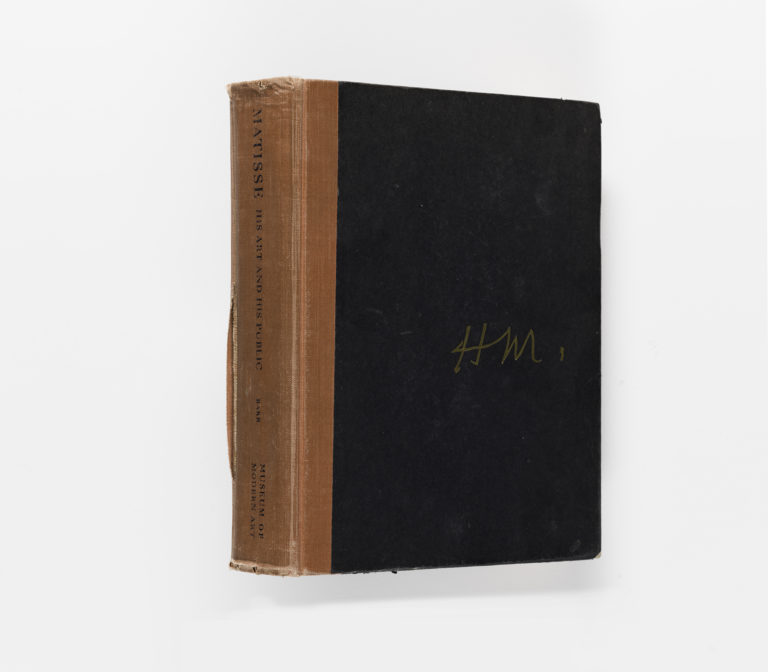 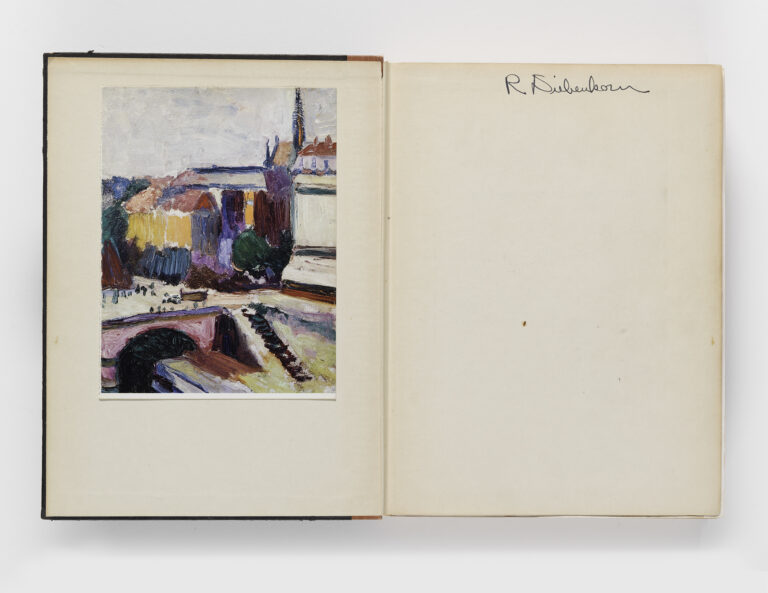 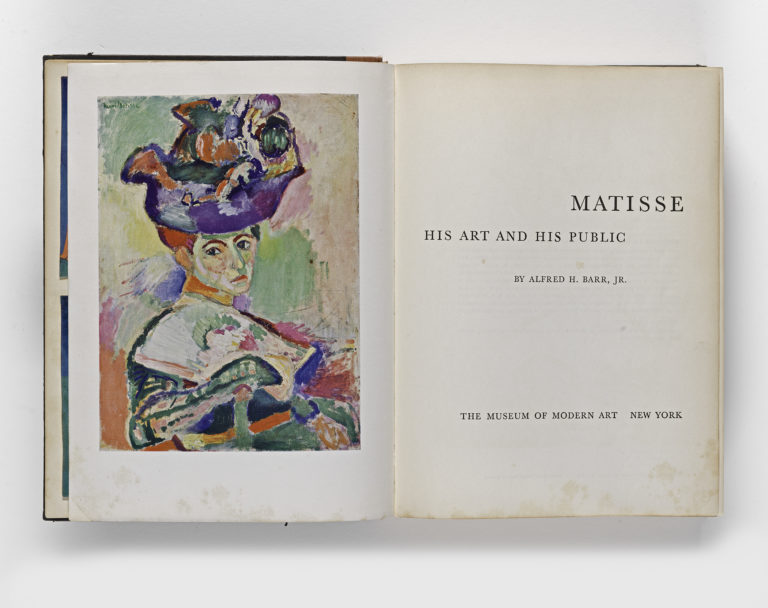 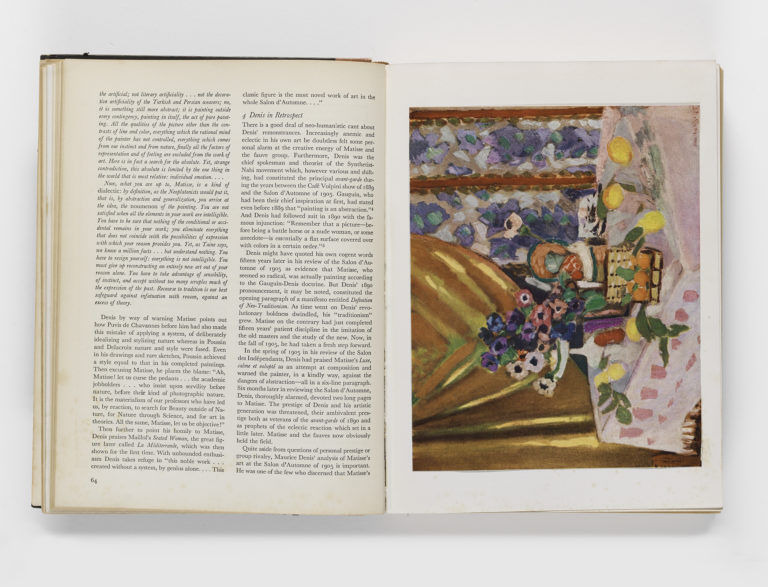 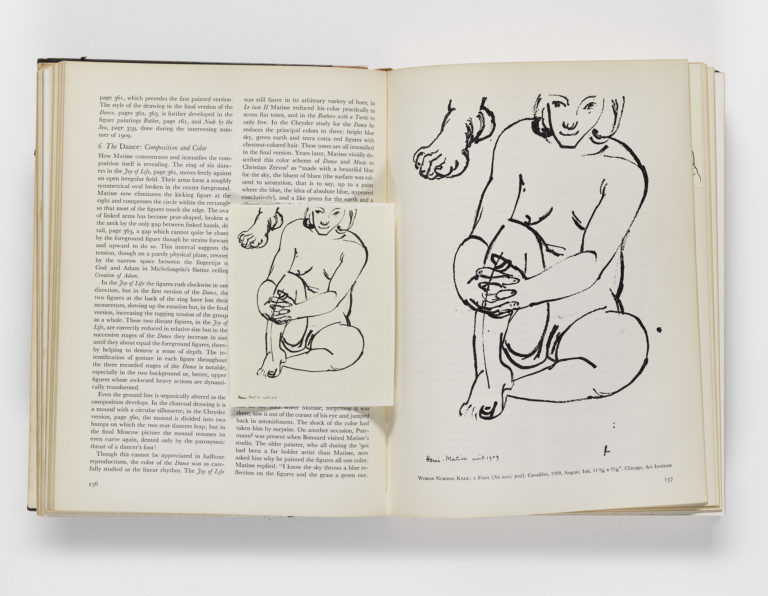 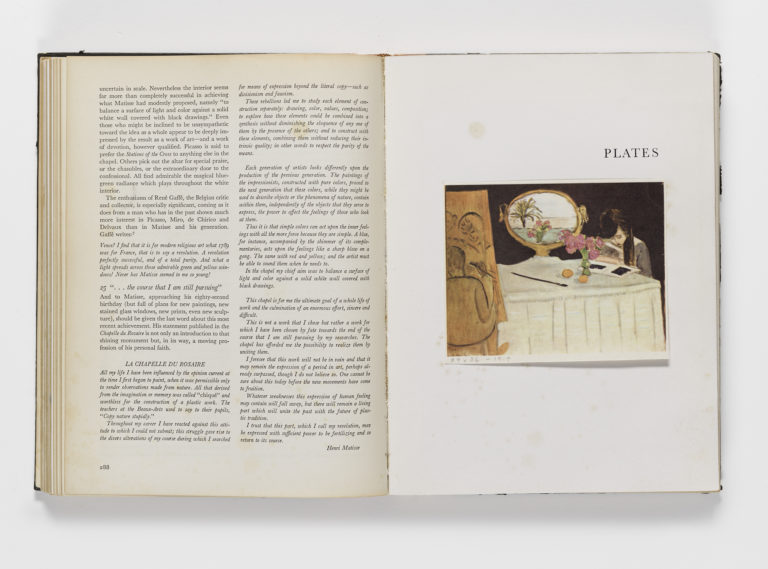 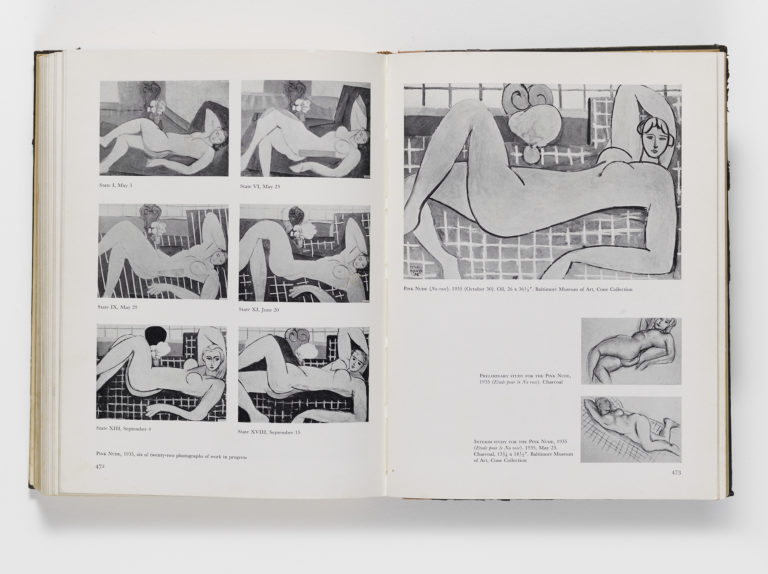 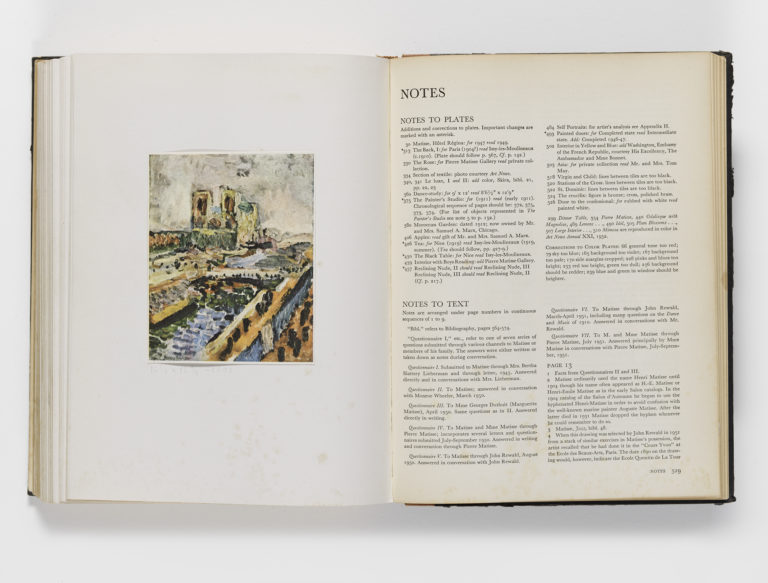 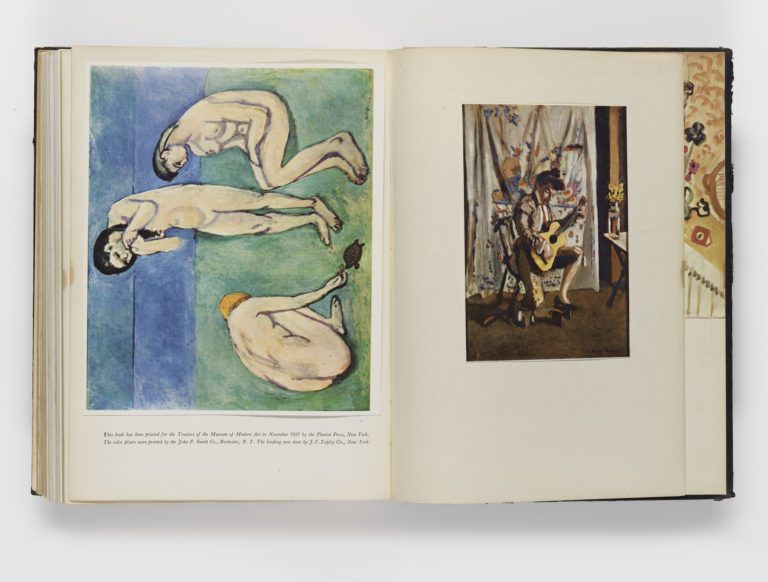 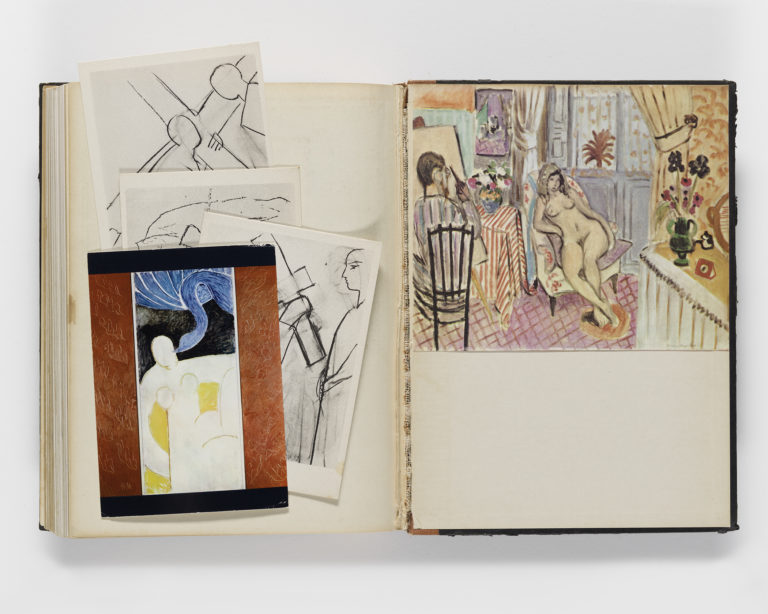 Richard Diebenkorn’s copy of Alfred Barr’s Matisse: His Art and His Public, 1951

Alfred Barr, Matisse: His Art and His Public, 1951 (inside cover)