San Francisco or Nowhere: The Necessity of the Bay to Joan Brown's Art

Joan Brown wouldn't have been the same artist if she had lived anywhere other than the Bay Area. 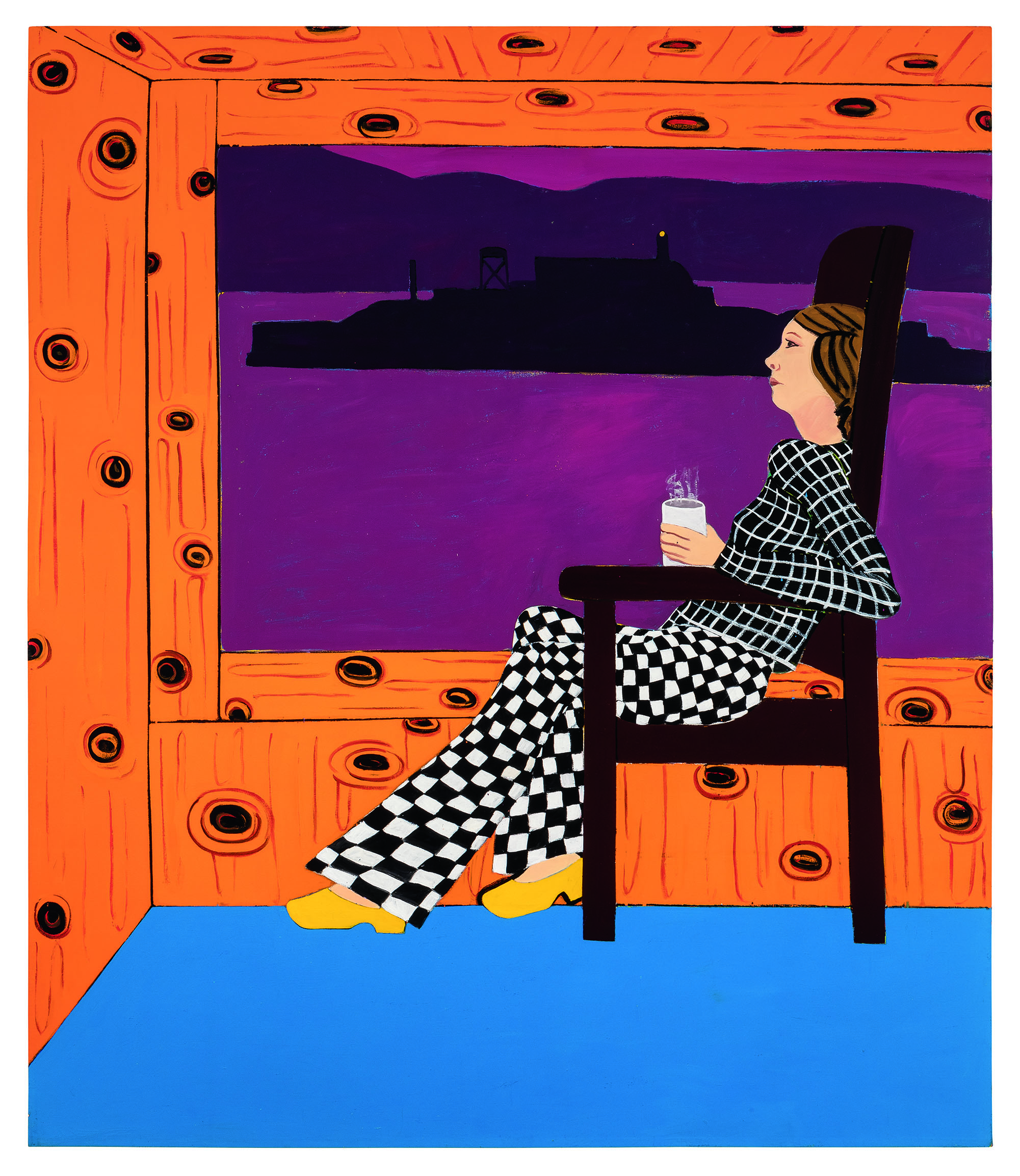 Born in San Francisco in 1938, Brown created colorful, expansive paintings depicting her life experiences in the city that she lived and worked in for nearly all her life. Brown earned a BFA and MFA from the California School of Fine Arts (which became the San Francisco Art Institute), where she met a key mentor, artist Elmer Bischoff, and began gaining recognition for her paintings. By age twenty-two, Brown’s star was on the rise. That year, she was the youngest artist exhibited as part of Young America 1960 (Thirty American Painters Under Thirty-Six) at the Whitney Museum of American Art.

She spoke about the aspects of the Bay Area that she loved, including San Francisco’s quality of light, compactness, proximity to the water, and mystical influence on its inhabitants. “There still is this damn psychic energy I’ve talked about that has to do with this place and this body of water (not just ’cause I swim, but in general) in the San Francisco area,” Brown said in a 1975 interview for the Archives of American Art.

This November, SFMOMA will recognize Joan Brown with a major retrospective, the first of its kind in more than twenty years. Curated by Janet Bishop, Thomas Weisel Family Chief Curator and Curator of Painting and Sculpture, and Nancy Lim, Associate Curator of Painting and Sculpture, the exhibition will include approximately eighty of Brown’s paintings and sculptures.

Spanning her days as a student at SFAI in the 1950s to her untimely death at age fifty-two in 1990, the retrospective will showcase Brown’s many artistic styles. Over the course of her career, she created abstract expressionist canvases; figurative paintings portraying dogs, cats, swims, cityscapes, and her son; self-portraits; and works inspired by her 1980s spiritual journey and interest in New Age ideas.

While Brown is commonly characterized as being the only female artist in the second generation of the Bay Area Figurative Movement, she defies easy classification or tidy labels. As she said herself, “I’m not any one thing: I’m not just a teacher, I’m not just a mother, I’m not just a painter, I’m all of these things, plus.”

Brown shifted across many roles and artistic styles, inspired by the boundless creativity of artists such as Picasso, Rembrandt, and Goya, but her commitment to the Bay remained constant. She developed a longstanding relationship with SFMOMA, which hosted her first major solo exhibition in 1971 and holds twenty-five of her works in its collection. Brown even got married at SFMOMA, wedding Michael S. Hebel in a vibrant Hindu ceremony under Alexander Calder mobiles. She made a mark on SFMOMA employees, including Bishop, who remembers interviewing Brown while working on the catalogue for the museum’s 1989 exhibition Bay Area Figurative Art, 1950–1965.

“I went to Joan Brown’s home in Diamond Heights and sat with her,” Bishop says. “I remember being really struck by what a presence she had. She was a small woman, but very, very fiery.”

Brown was fiercely independent and lived life on her own terms. A vivacious personality, Brown looked after sixteen cats at one point and fed stray dogs in Hunters Point. She taught drawing and painting classes at SFAI for eight years. Tattoo artist Ed Hardy wrote about Brown’s influence on him in his memoir Wear Your Dreams: My Life in Tattoos. After citing Brown as a leading reason for coming to SFAI, he wrote that she “swore like a trooper, could drink anybody under the table. Joan was like everybody’s sweetheart. We were all in love with her.”

In addition to being deeply rooted in Bay Area institutions, organizations, and communities, Brown expressed her fascination with her hometown in her artwork.

“San Francisco was a favorite subject,” Lim says. “The Bay was physically important to her work in a way that’s very much in evidence: You’ll see the Bay, the Golden Gate Bridge, and the city’s skyline again and again.”

Works like Gordon, Joan and Rufus in Front of S.F. Opera House (1969) make San Francisco’s influence on her artistic practice clear. The painting portrays a well-known San Francisco landmark in a detailed, illusionistic style, a precursor to the flat, graphic style of her later works.

The artist’s memorable vignettes of the city will be on view in SFMOMA’s retrospective.

Brown was also a swimming enthusiast, training with Olympic swim coach Charlie Sava and going for open-water swims in the Bay. She, along with five other women, successfully sued the Dolphin Club, the Ariel Club, and the South End Rowing Club to admit women, and she became an active member of the South End Rowing Club. Brown nearly drowned during an Alcatraz swim, which became the subject of a series of introspective self-portraits. Each painting includes the Bay in some form, and several contain struggling swimmers. After the Alcatraz Swim #3 (1976) is one of those paintings and, in it, Brown’s dress features the passing freighter that contributed to her near-death experience. 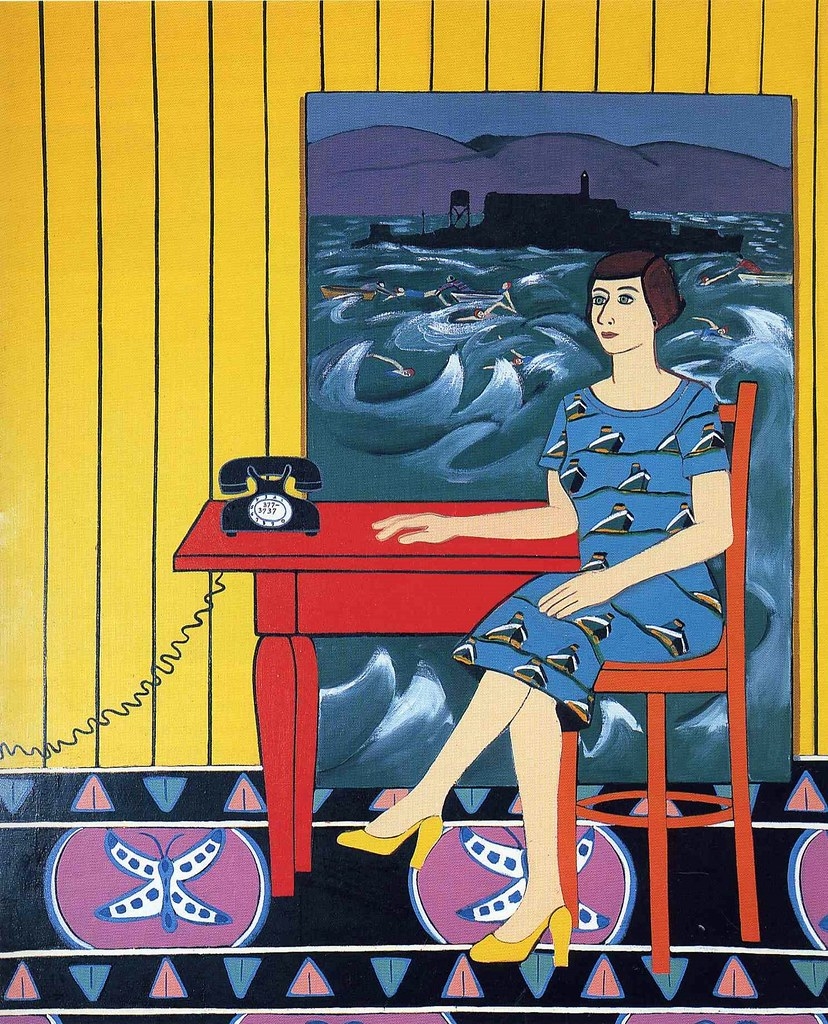 Joan Brown, After the Alcatraz Swim #3, 1976, Collection of Palm Springs Art Museum, gift of Steve Chase in honor of the 10th Anniversary of the Contemporary Art Council, 1994; © Estate of Joan Brown

“A lot of the artwork that Brown created could have only been created by someone who immersed themselves not only in the Bay Area, but also the Bay itself,” says Jeff Gunderson, SFAI’s librarian and archivist for over four decades.

Gunderson recalls going for late-afternoon swims with Brown where they would talk about SFAI and her current artistic projects.

“She enjoyed all the elements of the water, whether it was the wind, the sun going down, the temperature of the water, or the current,” Gunderson explains.

Growing up in the Marina with regular swims at Aquatic Park, Brown engaged closely with the Bay Area’s landscape, quite literally submerging herself in it. Even during her intrepid world travels (Brown made repeated trips to Asia, Mexico, South America, and Europe), she never turned her back on the Bay Area and its mesmerizing natural landscapes.

“Just because she was shifting her attention to India doesn’t mean that she loved San Francisco any less,” Lim says. “She remained committed to San Francisco always.”

A project Brown was imagining just before her unexpected death was a public sculpture to install in San Francisco’s Twin Peaks. The sculpture would have been a tribute to San Francisco and its patron saint, Saint Francis of Assisi, inspired by her 1989 and 1990 trips to the Italian towns of Assisi and Gubbio.

“She wanted to remind people of the joy and love that he had,” Lim explains. “He was a patron saint for ecology, for the environment, for animals, for all these things that she had loved so much throughout her life.”

While Brown never had the chance to make that sculpture, she left behind an expansive body of work that reflects the true joie de vivre she aimed to capture. SFMOMA’s Joan Brown retrospective will celebrate this beloved Bay Area artist, along with the landscapes and people that made her work possible. 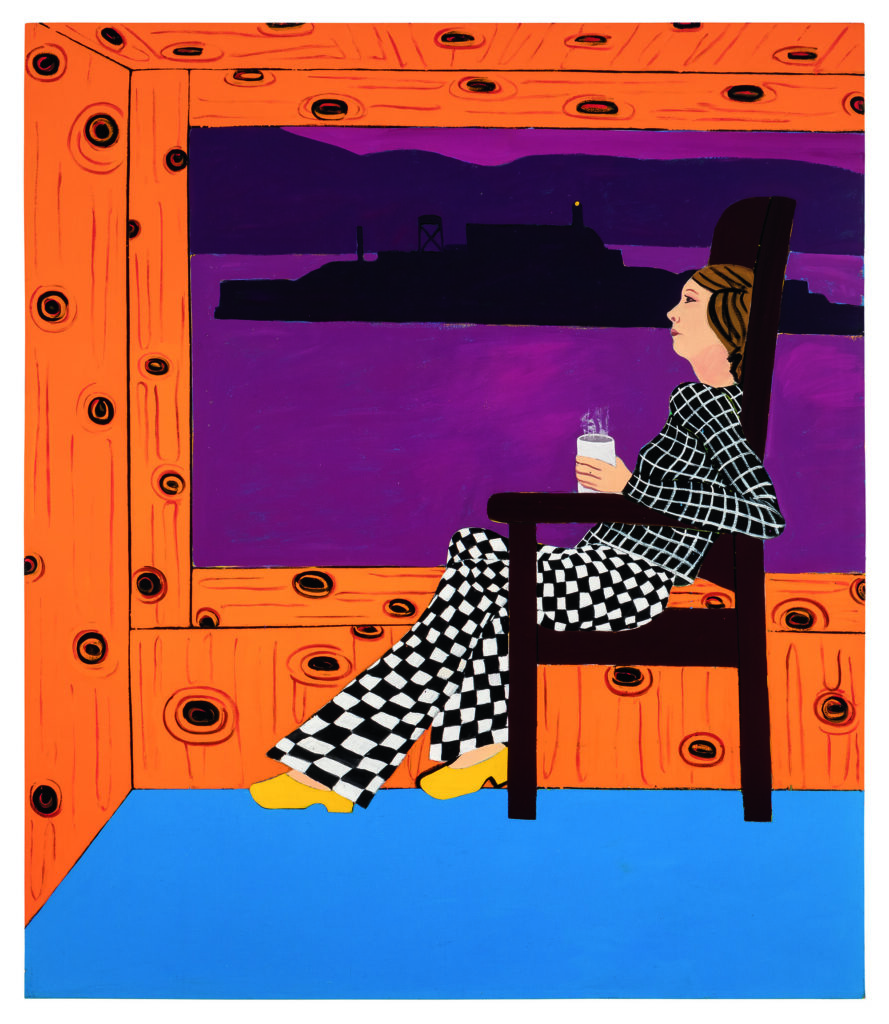 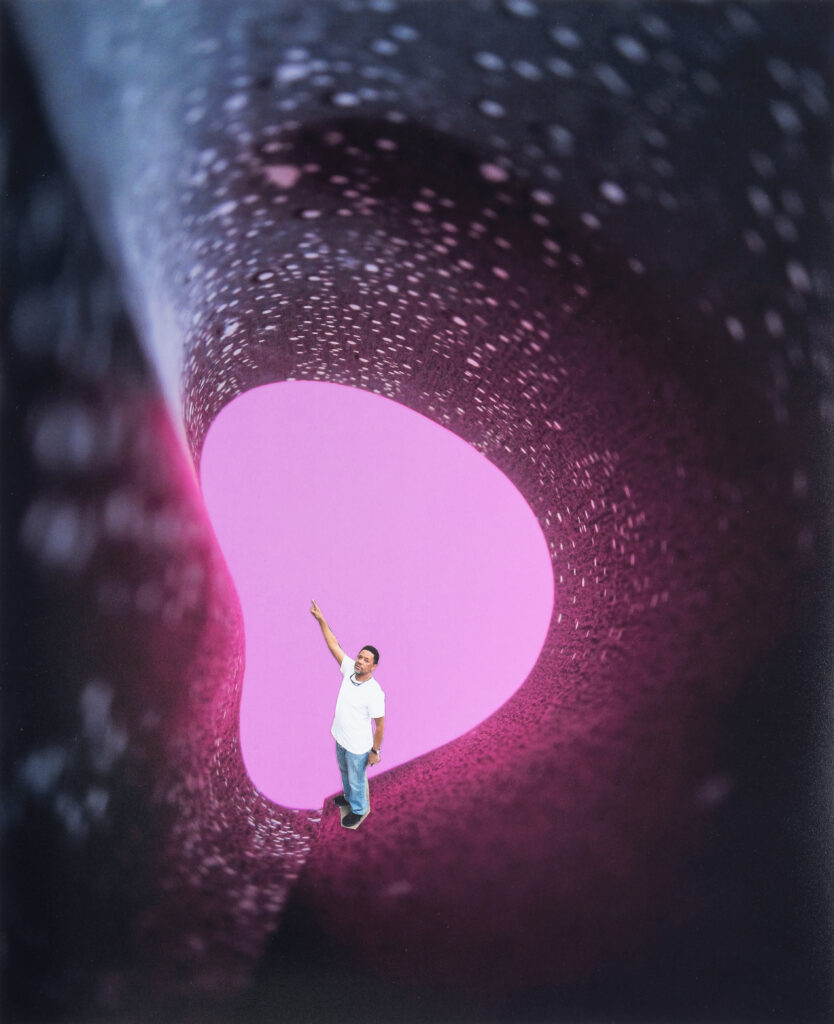 Across Space and Time: An Interview with Sadie Barnette

The Interesting, the Unusual, and the Absurd at SFMOMA

How well do you know SFMOMA?

Presenting support for Joan Brown is provided by Janet and Clint Reilly and anonymous donors.

Major support is provided by Susan and Bill Oberndorf, the Bernard and Barbro Osher Exhibition Fund, and the Thomas Weisel Family.

Additional support is provided by Maryellen and Frank Herringer and Fred Levin.