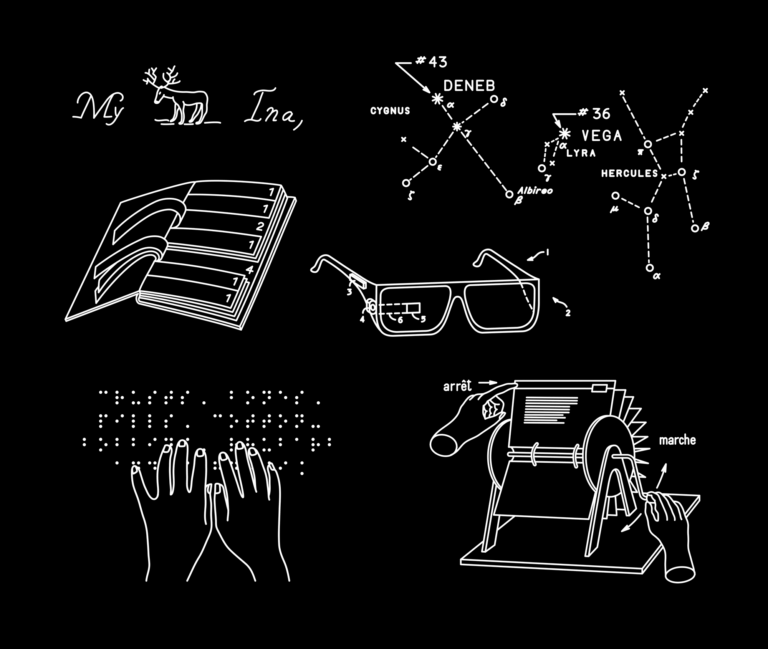 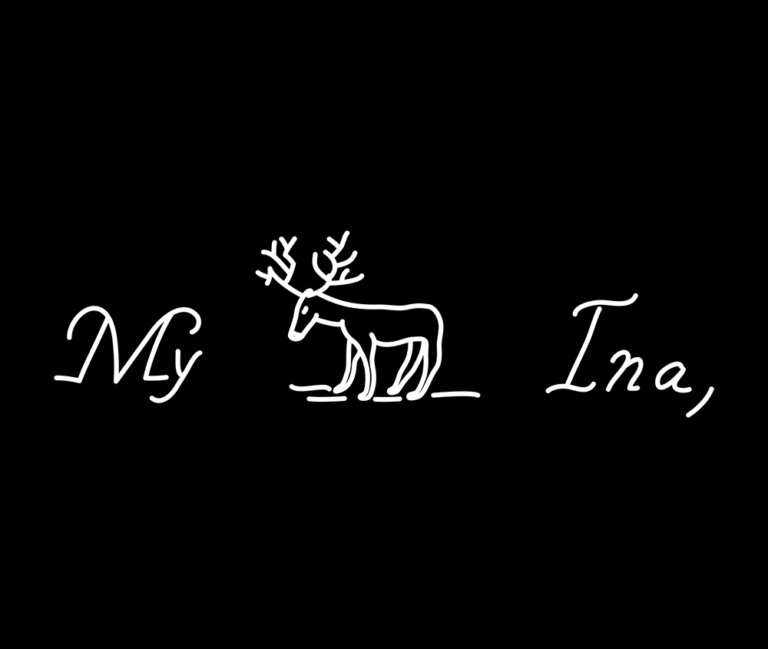 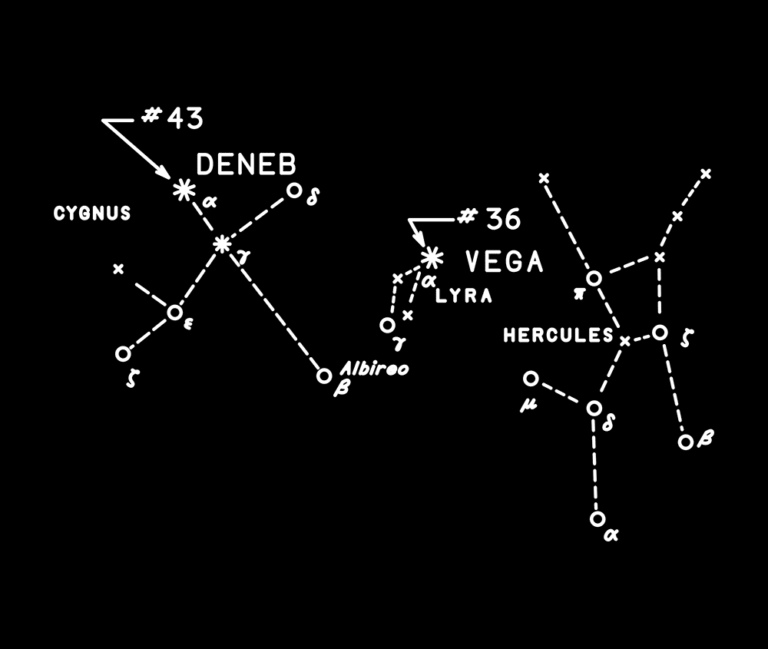 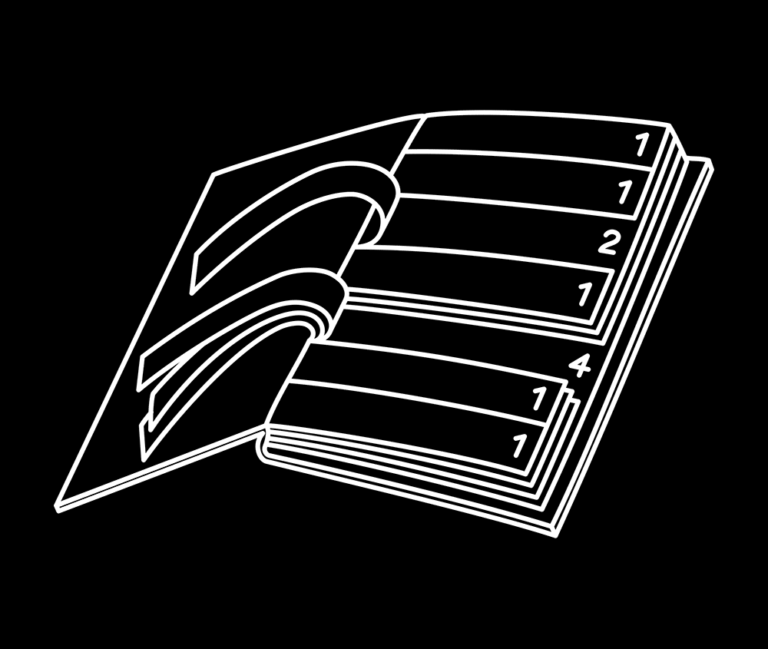 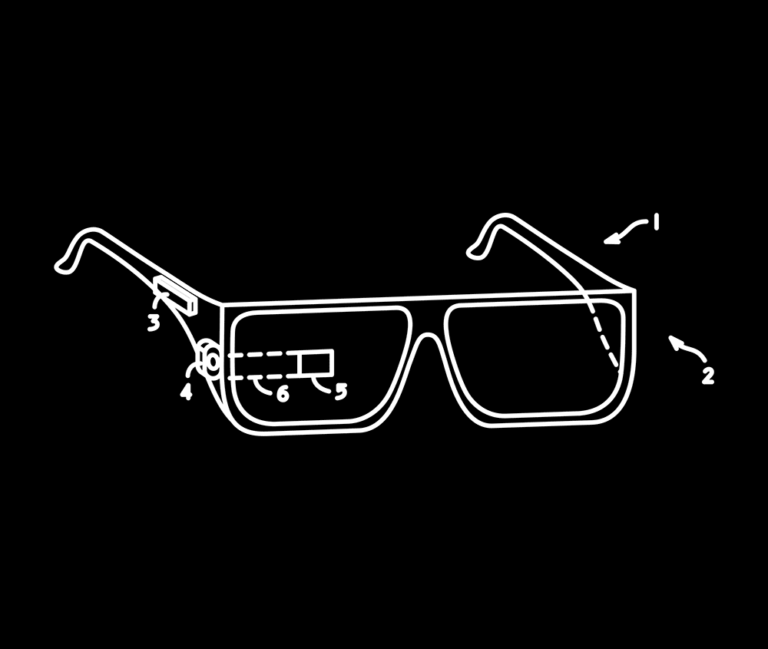 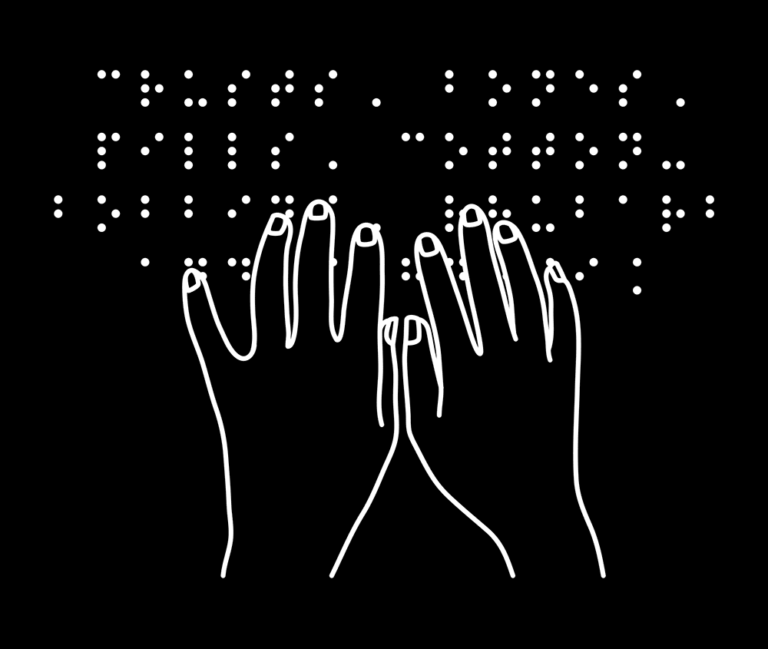 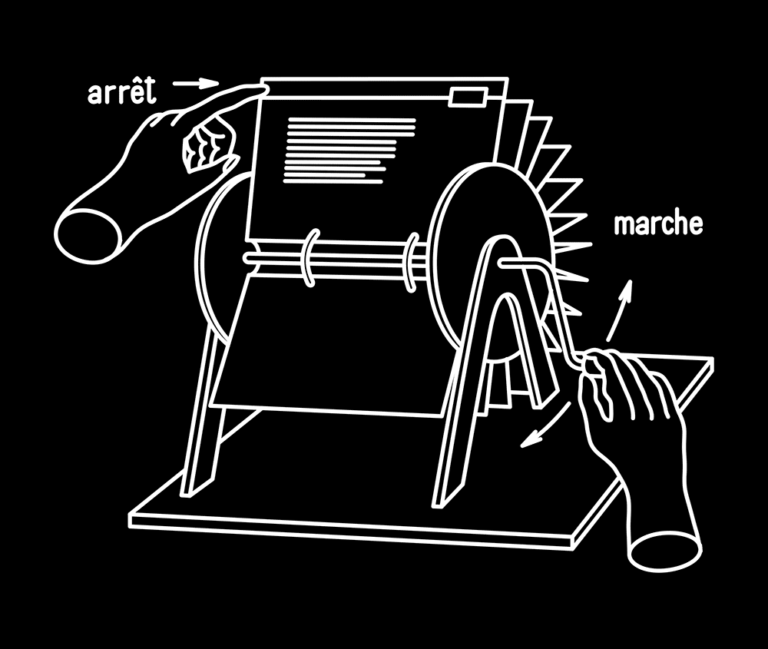 For thirty-seven years, Charles Lutwidge Dodgson — better known as Lewis Carroll — kept a meticulous record of letters sent and received, complete with a précis, date, and entry number. This register recorded an astonishing 98,721 letters sent, most of them brimming with his characteristic puzzles, puns, jokes, and ciphers. Some of his most delightful letters were written to children. Here, Dodgson sends Georgina Watson an illustrated letter on her birthday, explaining why he could not be with her to celebrate.

Hundred Thousand Billion Poems
Raymond Queneau’s A Hundred Thousand Billion Poems or One Hundred Million Million Poems (original French title: Cent mille milliards de poèmes), published in 1961, is a set of ten sonnets. They are printed on card with each line on a separated strip, like a heads-bodies-and-legs book, a type of children’s book with which Queneau was familiar. As all ten sonnets have not just the same rhyme scheme but the same rhyme sounds, any lines from a sonnet can be combined with any from the nine others, so that there are 1014 (= 100,000,000,000,000) different poems. It would take some 200,000,000 years to read them all, even reading twenty-four hours a day. When Queneau ran into trouble while writing the poem(s), he solicited the help of mathematician Francois Le Lionnais, and in the process they initiated Oulipo.

Braille
Braille is a tactile writing system used by people who are blind or visually impaired, named after its creator, Frenchman Louis Braille, who lost his eyesight due to a childhood accident. 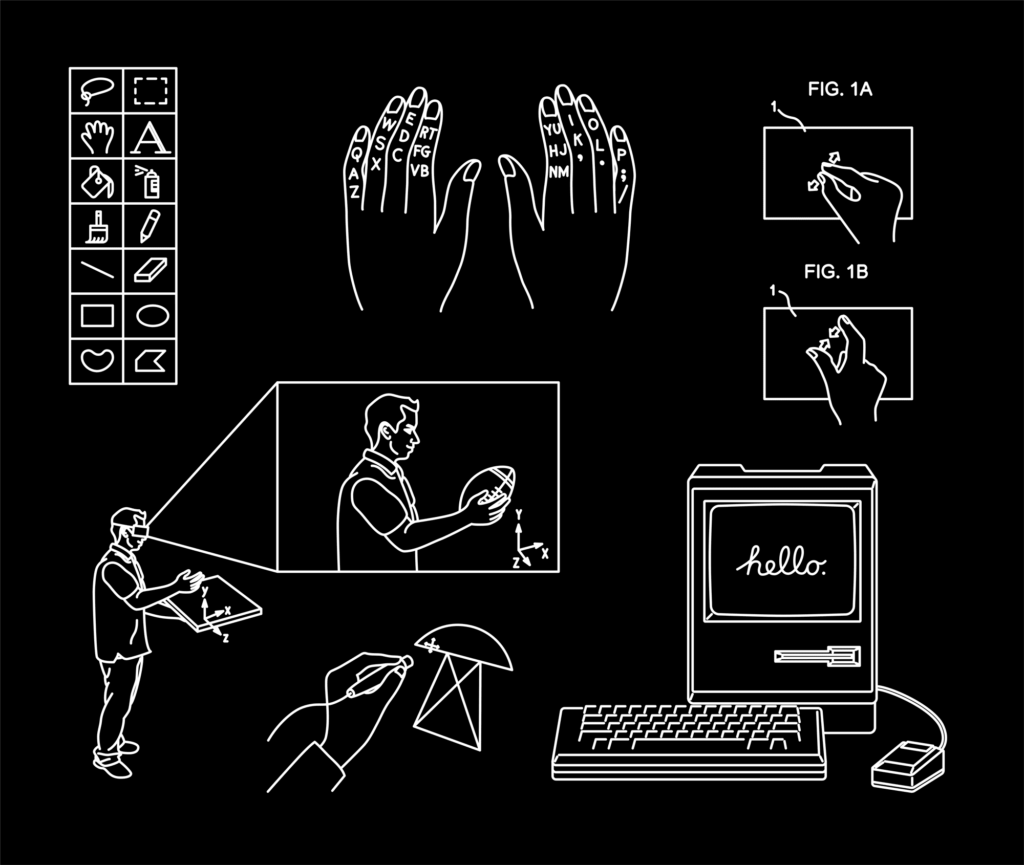 For the exhibition Typeface to Interface, Jürg Lehni and collaborator Jenny Hirons have created a series of drawings for Viktor to make that chart a history of visible language and communication tools.

Your Guide to Visiting SFMOMA

Come back and enjoy the tranquil galleries, airy terraces, kid-friendly spaces, and world-class artwork you love.