The Arctic is often portrayed in reductive terms, distilled to melting ice caps, rising sea levels, and struggling polar bears in the public consciousness. French-Swiss artist Julian Charrière complicates that narrative, creating representations of polar landscapes that diverge from what most people have seen.

In a 104-minute immersive film called Towards No Earthly Pole (2019), Charrière inverts the bright blue waters and stark white glaciers commonly depicted in the media. The film, shot at night, features dominant colors of black and white, and an ambient soundtrack that alternates between unstable cracking and silence. A present-day explorer, Charrière collected drone footage for it while traveling to Antarctica, Iceland, the French and Swiss Alps, and Greenland. Images from each polar region meld together into one film without direct references to location, scale, or time. 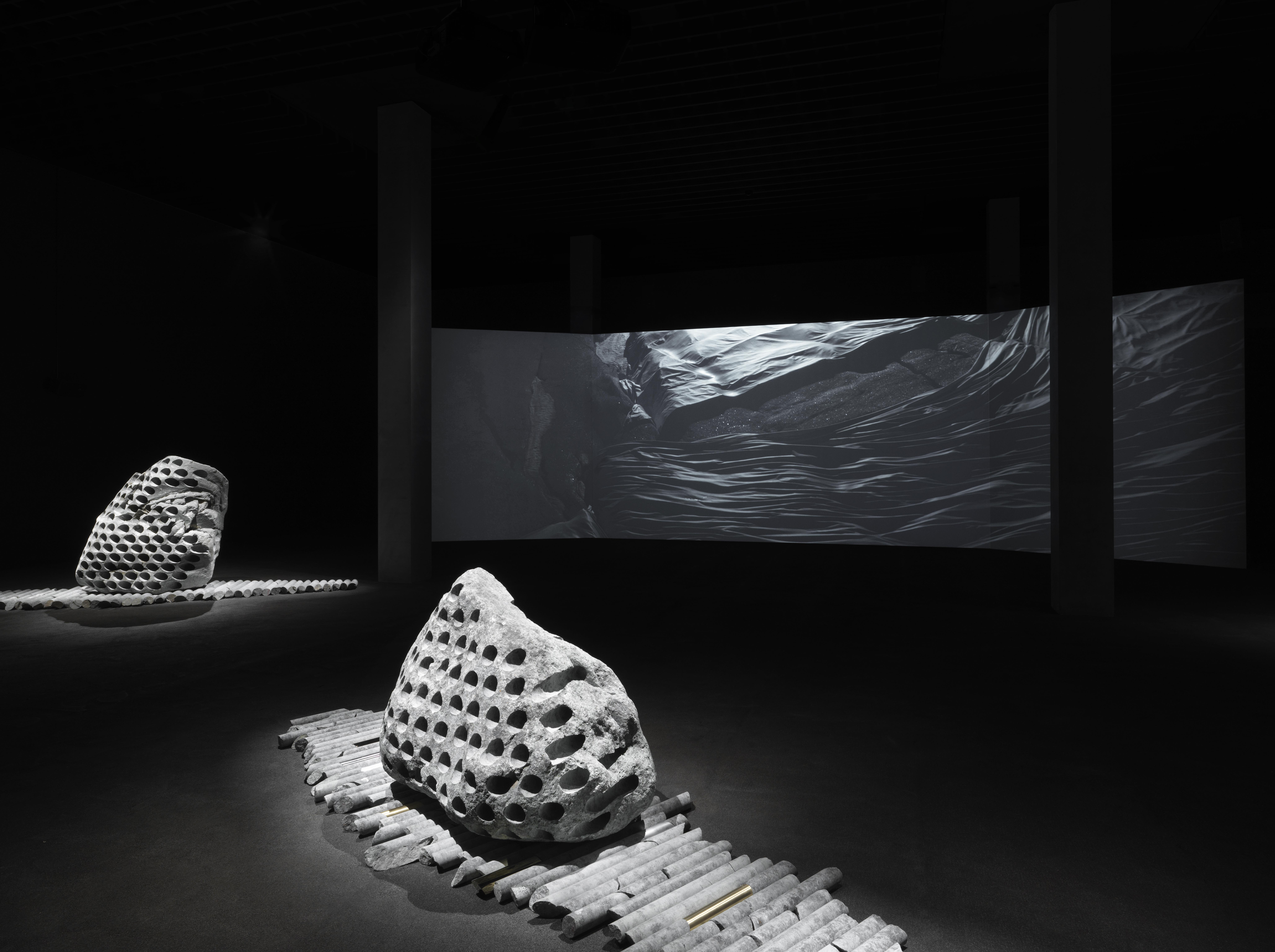 “Towards No Earthly Pole positions you in a strange, otherworldly nightscape with no clear orientation. You feel erratic, not quite knowing where to go and where you are,” says Rudolf Frieling, SFMOMA curator of media arts and curator of Julian Charrière: Erratic, the artist’s first solo exhibition on the West Coast.

The exhibition, on view at SFMOMA through May 14, 2023, presents Towards No Earthly Pole alongside four related works. For two sculptures called Not All Who Wander Are Lost (2019), Charrière collected erratics (rocks carried by glaciers over a great distance) then inserted precious metals in all the places where the rock samples broke during the extraction method of core-drilling. 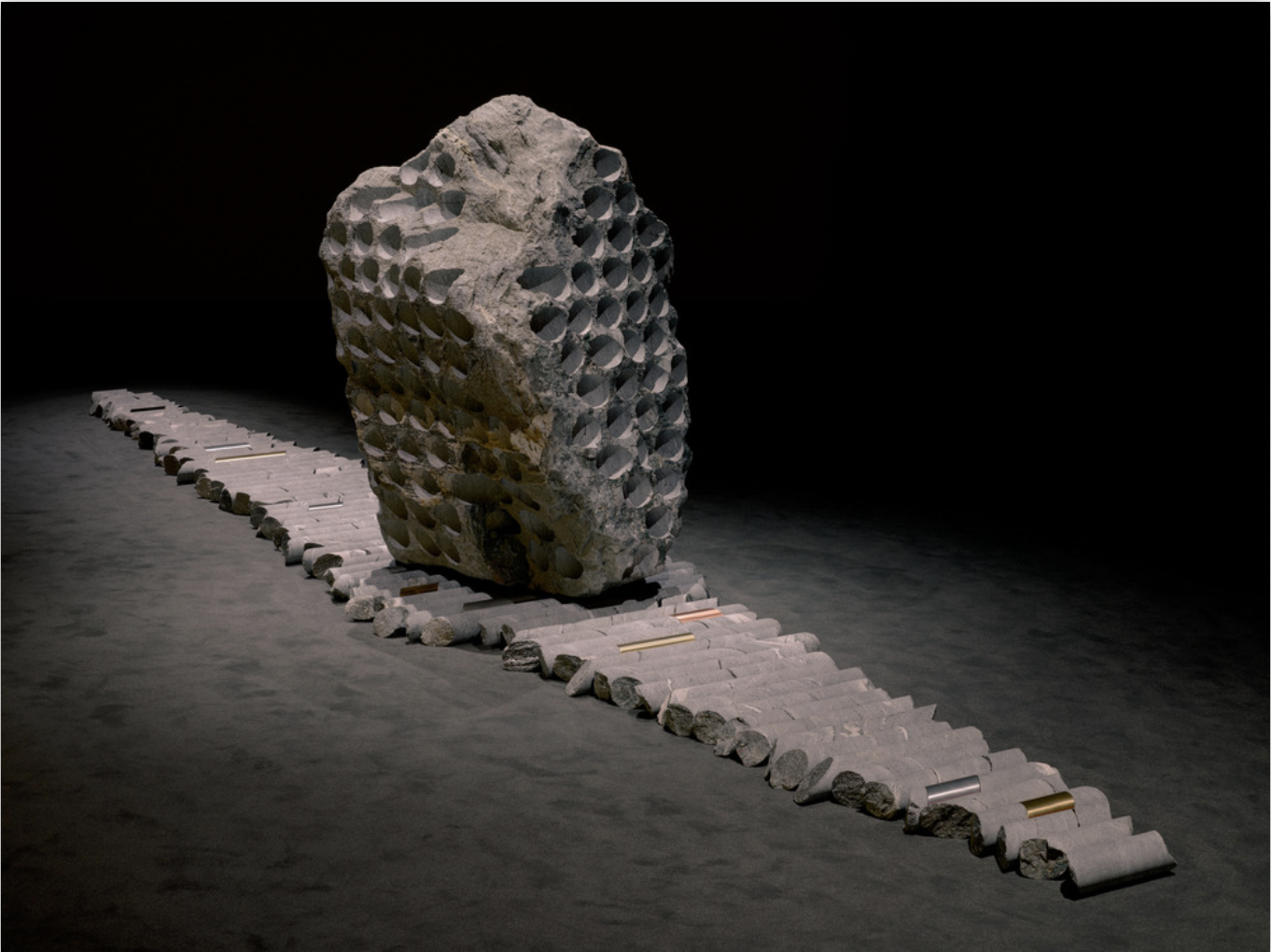 These metal inserts represent human intervention in the geological system throughout history. They also highlight the strong influence of raw materials on civilization, evidenced by the naming of eras such as the Bronze Age, Iron Age, Stone Age, and Silicon Age. Meanwhile, the perforations Charrière drilled into the erratics evoke the movement and dynamism of the geological world. Each boulder is punctured almost to the point of crumbling, reminiscent of the over-extracting of earth’s natural resources. 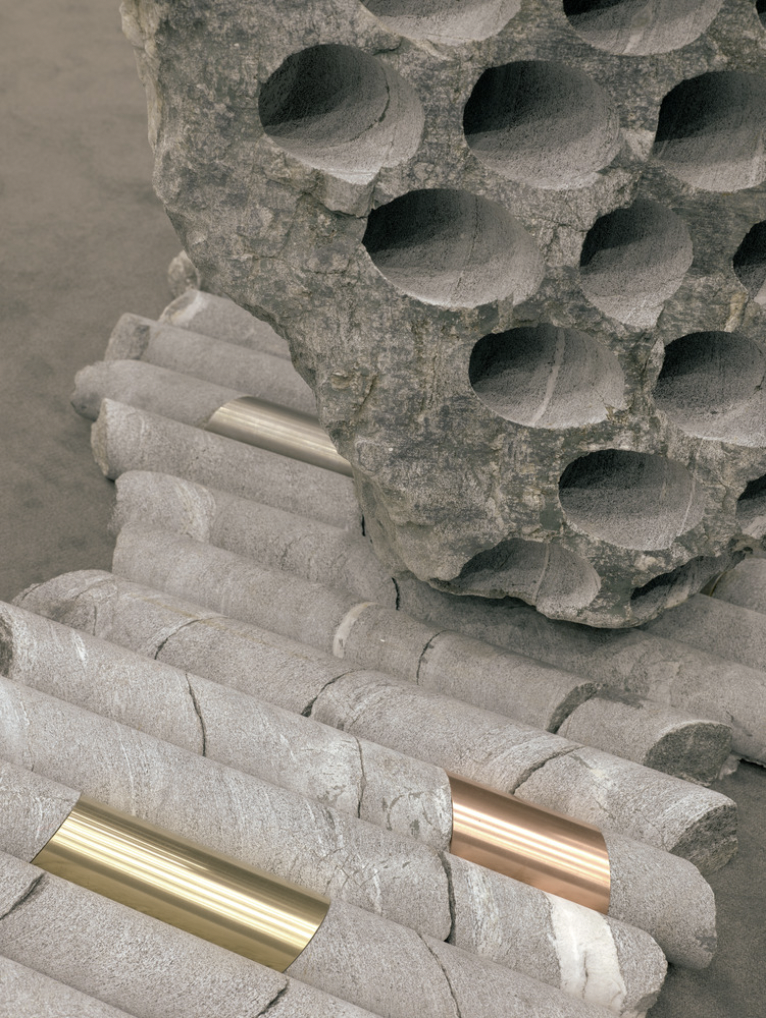 “The reality that we take for granted is falling apart, becoming erratic and unpredictable,” says Charrière.

For the past decade, Charrière has traveled from his home in Berlin to remote polar regions experiencing radical shifts in perspective that he documents in his art. He describes polar nights, where nighttime lasts for more than 24 hours and up to months at a time, as “an encounter with an uncanny reality” and Arctic summers as “this feeling of being on the moon.” Programmed to live in a day-and-night world, Charrière needed to reconfigure his sense of time and adjust to not seeing the sun rise. Sometimes, it was so cold that the gas in his tent wouldn’t work, and he had to make fires out of moss and chop frozen milk with an axe for his morning coffee. Even the simple act of standing in polar regions was unlike anything Charrière had experienced before.

“When you’re standing on the ice cap, you’re not standing, you’re flying,” Charrière explains. “Under your feet, in the ice sheet, you have all these tiny air bubbles that trap particles of former atmosphere. That means that under you, you have the full memory of the sky. And this memory, with the world getting hotter and hotter, is melting away as the memory of the sky will fade away.”

“When you’re standing on the ice cap, you’re not standing, you’re flying.”

In the exhibition, the photograph The Blue Fossil Entropic Stories III (2013) shows Charrière absurdly attempting to melt the iceberg that he’s standing on with a blow torch. For six hours, he endured freezing-cold temperatures with his pikes, spikes, and axes — a feat that required two weeks of ice climbing training and an intense, meditation-like focus. Because icebergs can flip, throwing anyone who is on top of them into frigid water where they have minutes to survive, Charrière wore a dry suit and was accompanied by a rescue boat. 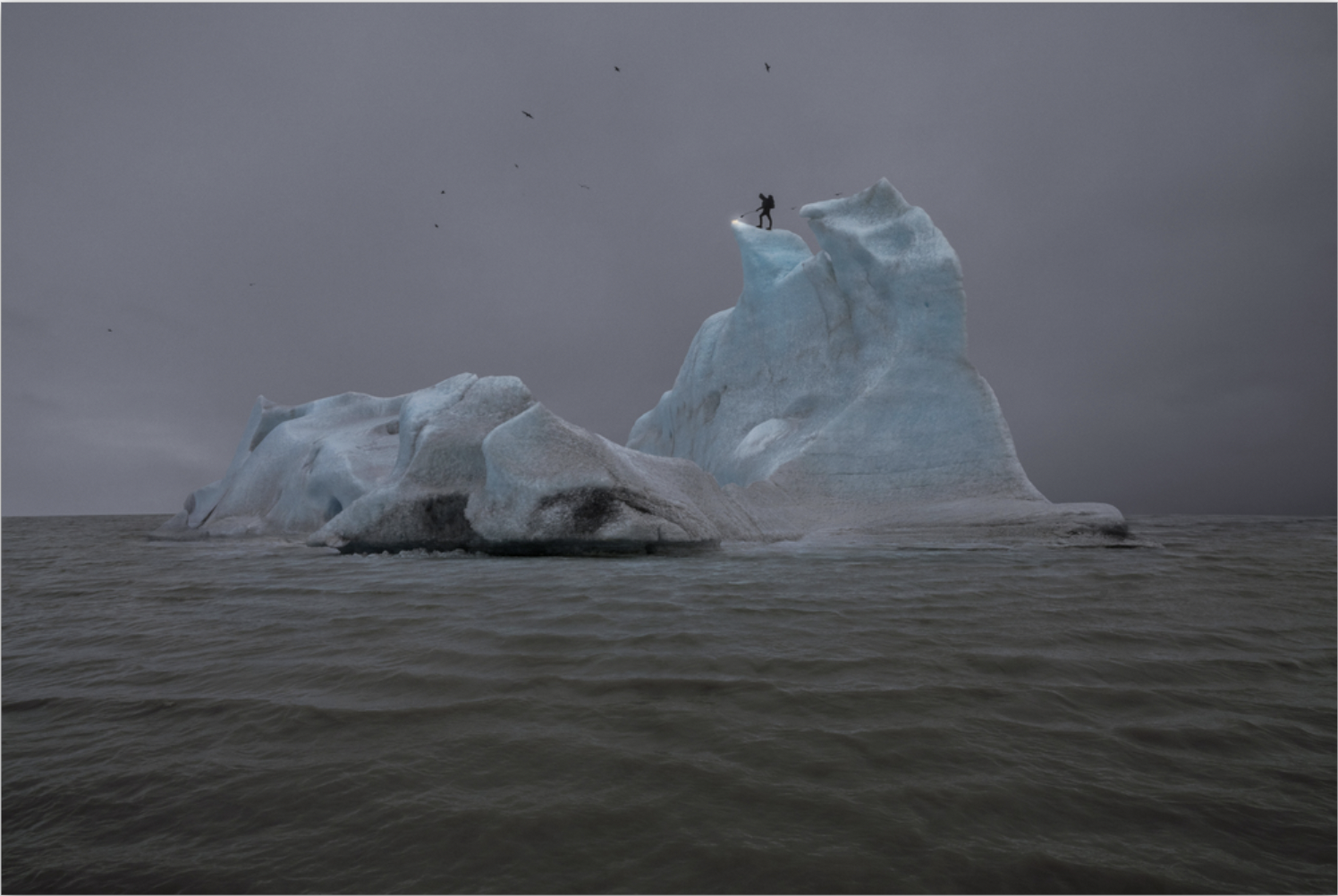 While The Blue Fossil Entropic Stories III presents Charrière in a confrontative performance of burning fossil fuels in his attempt to melt the iceberg, the film Pure Waste (2021) explores the opposite process — capturing carbon rather than releasing it. The film takes place in North Greenland and portrays a hand dropping five diamonds into a shaft within a glacier. The process of sucking carbon dioxide molecules from the atmosphere was developed by a team of scientists from ETH Zurich and directed by Dr. Aldo Steinfeld, a professor of mechanical and process engineering.

“The reality that we take for granted is falling apart, becoming erratic and unpredictable.”

Charrière used carbon dioxide captured in this way, together with the exhalations of a thousand people across the world, collected in balloons during lockdown, to make artificial diamonds. An act made even more poignant during the COVID-19 pandemic, when breathing in the air that others breathed out became a potential source of danger. Throwing these diamonds into a glacier mill in an act of “pure waste,” Charrière returned the minerals to their natural home. 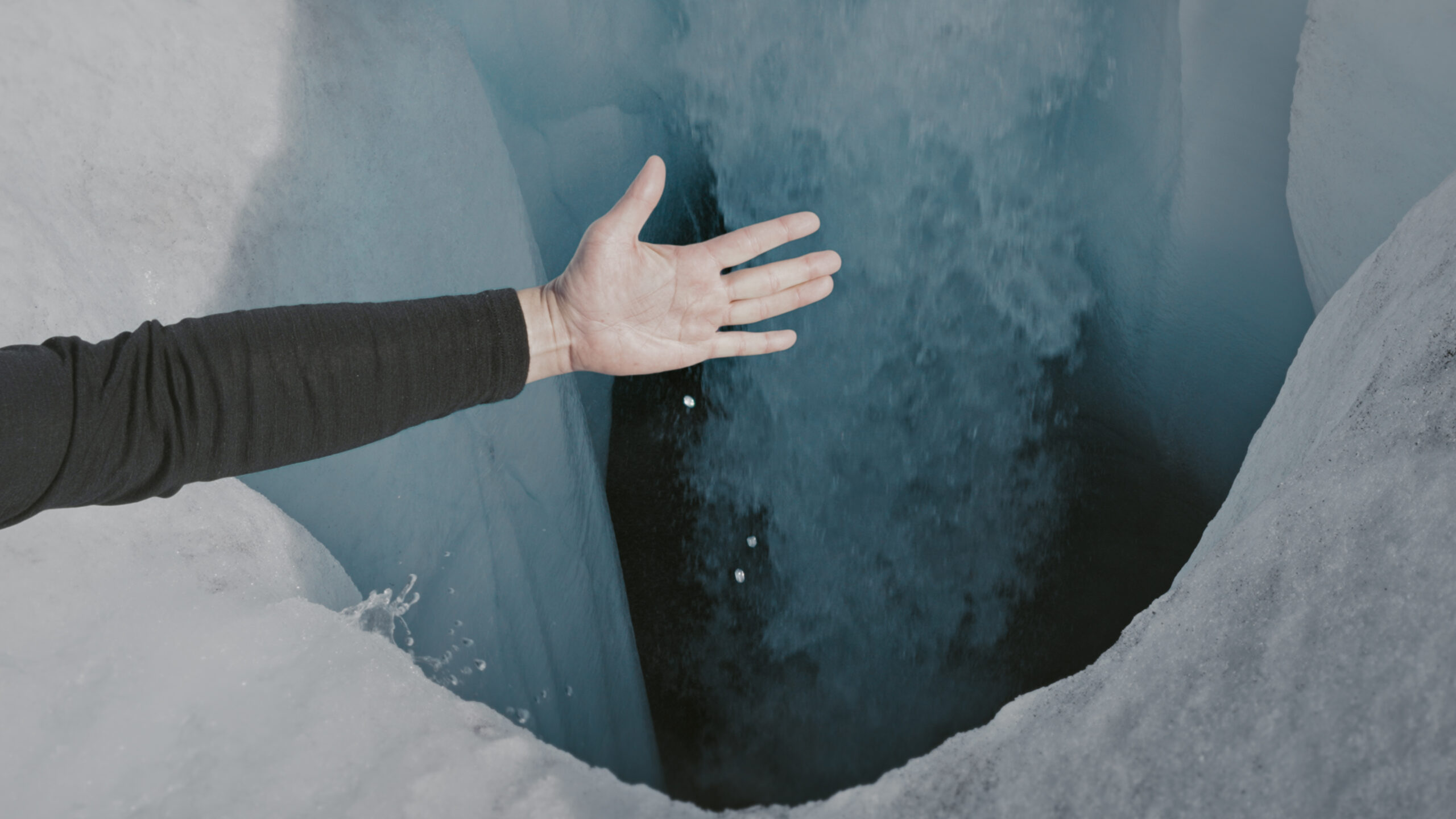 Charrière states that “an increased belief in science cannot be achieved without a cultural parallel: There is need for an art which helps to give sense to facts.” The art of Erratic fulfills that charge, creating what Frieling calls “iconic physical embodiments” of the climate crisis. 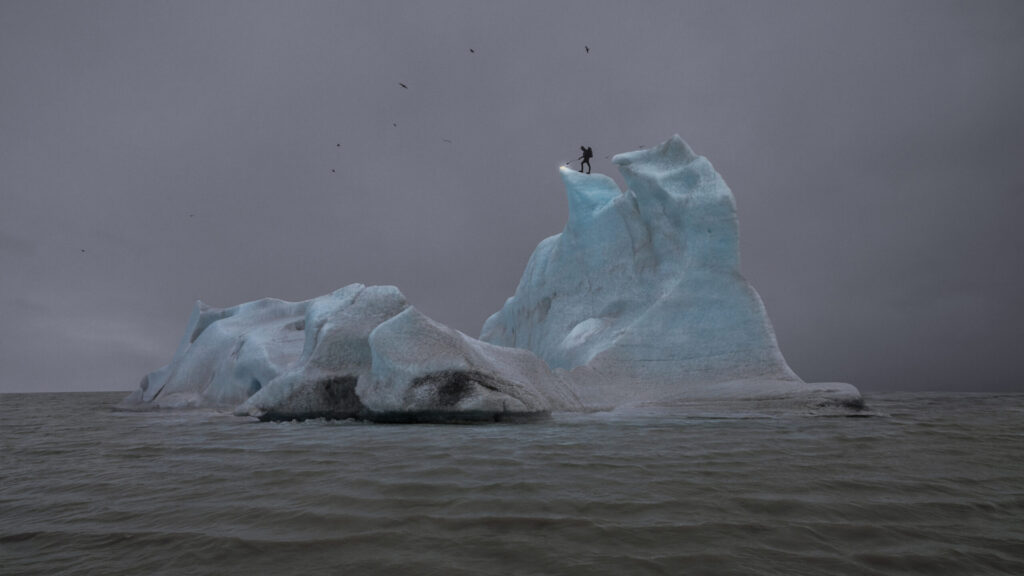 Through a haunting panoramic film of the Arctic at night and sculptures derived from the otherworldly environment, Julian Charrière explores the effects of climate change and other forms of human intervention in precarious environments through art. 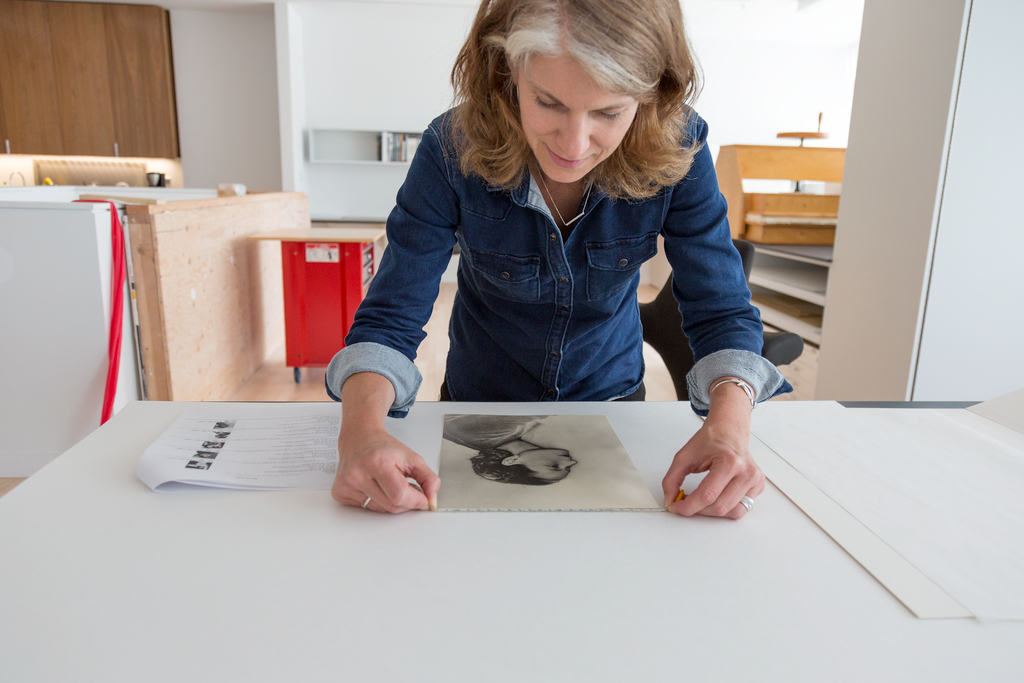 Preventing the spread of COVID-19 isn’t the only reason why having fresh, high-quality air is important. It also is crucial to the preservation of artworks in any museum’s care. 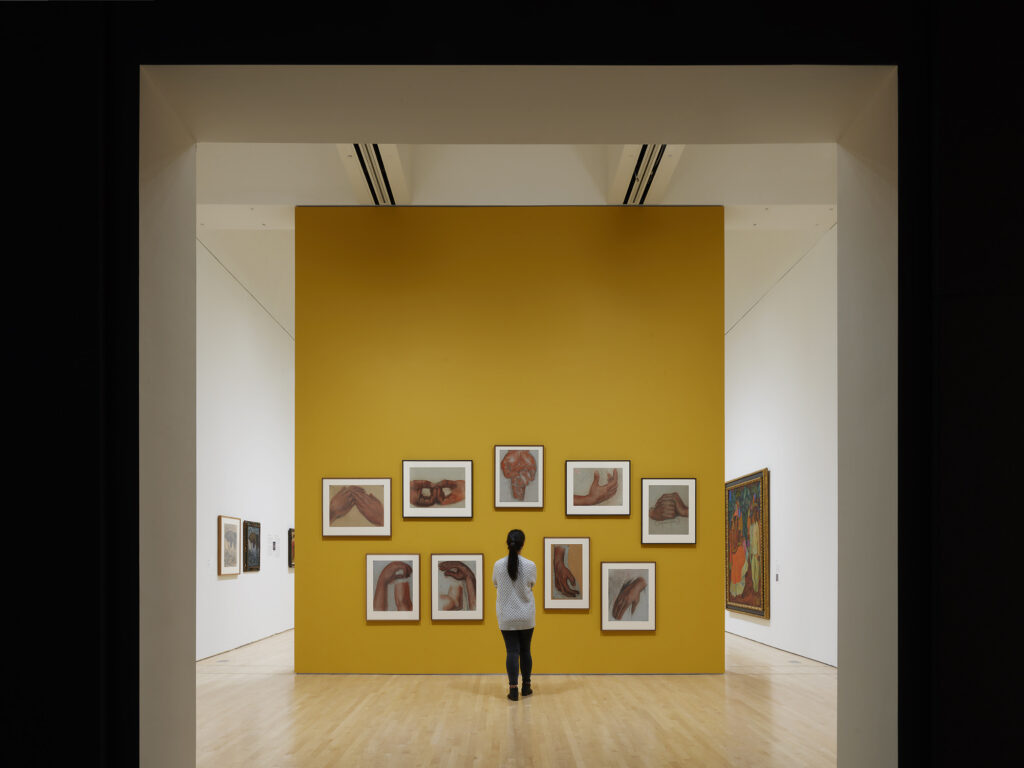 8 Questions on the Life + Work of Diego Rivera

James Oles discusses curating the most in-depth examination of Rivera’s work in over two decades.

Julian Charrière: Erratic is provided by Etant donnés Contemporary Art, a program from Villa Albertine and FACE Foundation, in partnership with the French Embassy in the United States, with support from the French Ministry of Culture, Institut français, Ford Foundation, Helen Frankenthaler Foundation, CHANEL, and ADAGP.