This early view of Untitled (ca. 1955) comes from the Dorothy C. Miller papers in the archives of the Museum of Modern Art, New York. Miller included Rauschenberg in her groundbreaking 1959 group exhibition Sixteen Americans. Although Untitled (ca. 1955) was not included in the show, the photo was found in Miller’s exhibition files, perhaps because she was considering the work for inclusion. The brick wall in the background suggests that Untitled (ca. 1955) was photographed in the Pearl Street studio Rauschenberg occupied from September 1955 to March 1958, and it is likely that Miller’s research began in 1957, indicating a 1957 or 1958 date for the photo. Here we see the work in a fresh state, with the newspaper clippings still relatively bright, the string in one piece, and the area framed by the open sweatshirt neckline intact. 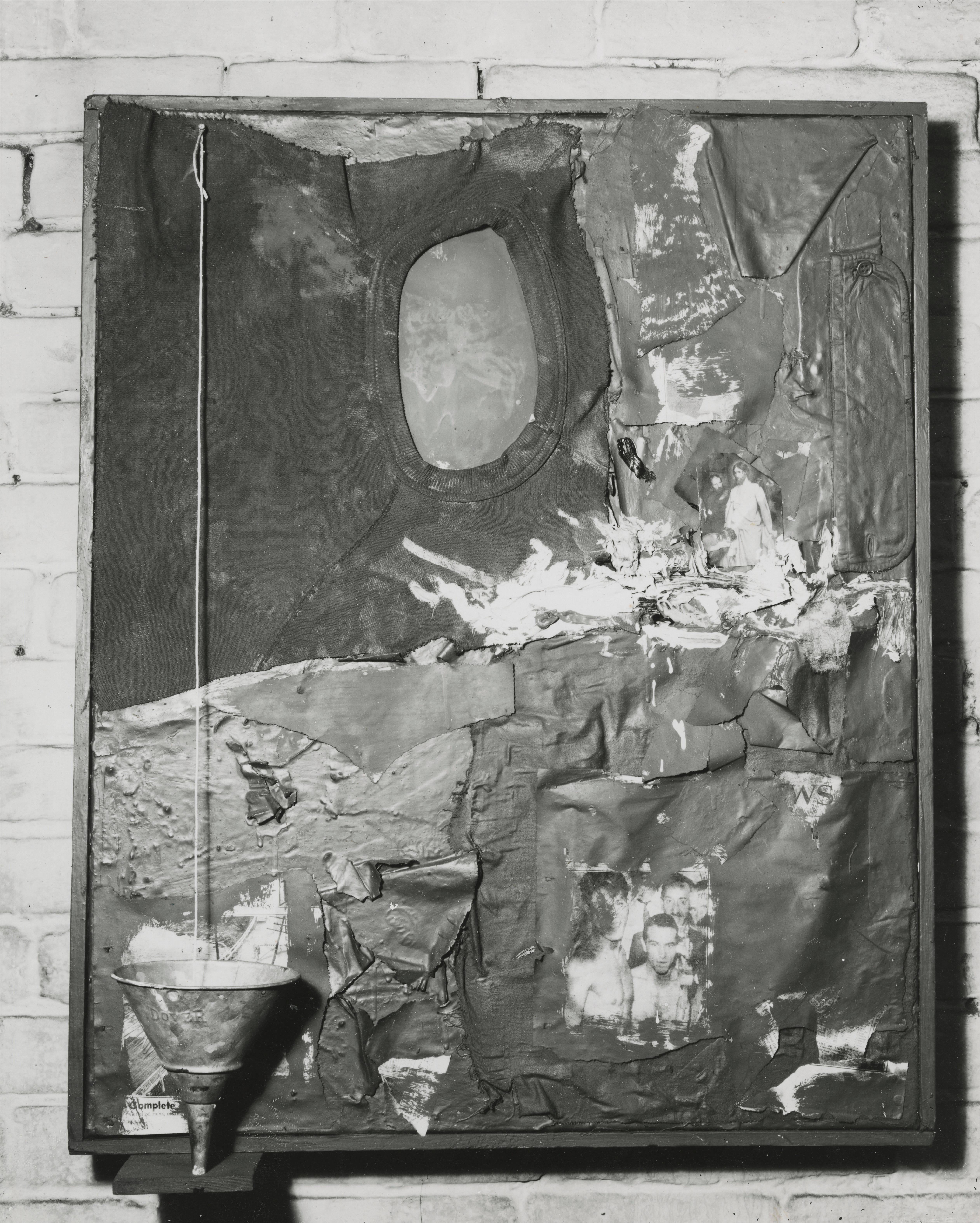