Part of the celebrated body of work known as the Combines (1953–64), Robert Rauschenberg’s Untitled (ca. 1955) blends painting, sculpture, and collage, bringing together an array of imagery and materials in a manner that simultaneously honors the original context of each element and prompts new and unexpected connections. Approximately midway down the right half of the work is a collaged fragment of a prayer card, notable as one of the few elements in the composition that Rauschenberg did not paint over. The card features an illustration of The Doubting Thomas (1881) by Carl Bloch (1834–1890), a Danish artist whose depictions of the life of Christ have been widely reproduced in Europe and the United States. Such illustrations were likely a familiar part of Rauschenberg’s religious upbringing, and he may well have known the Bible verse associated with Bloch’s painting, which likewise engages a tension between the visible and the invisible: “Except I shall see in his hands the print of the nails, and put my finger into the print of the nails, and thrust my hand into his side, I will not believe.”

The surface of Untitled (ca. 1955) evokes a similarly visceral series of associations, its alternating areas of layering, fragmentation, and exposure calling to mind an expanse of battered flesh. The most colorful element in the composition, a flourish of thickly applied orange, white, and yellow paint, slices across the canvas directly beneath the image of Jesus and his skeptical apostle. The surrounding plane of green-gray pigment is further gashed by the contours of painted pieces of collaged fabric and newspaper. These divots and creases appear to radiate from the wound-like outline of the splayed sweatshirt neckline attached near the top center of the composition, its form suggestive of trauma even as its opening seems to offer a portal into a domain of painterly space beyond or behind the disruptions of the work’s skin.

To interpret Untitled (ca. 1955) solely in these terms, however, would be to miss the painting’s altogether irreverent punch line: the funnel perched at the bottom of the work’s left corner, on a small shelf that juts out toward the viewer. Within this vessel’s smooth metal walls is a humble tangle of string, from which one loose end extends to attach near the top of the canvas. This delicate skein—which Rauschenberg unceremoniously repaired with a knot when it wore through decades after the work’s inception—quietly bridges Untitled’s engagement with surface and skin and the realms of experience that lie beyond the confines of the frame.

San Francisco Museum of Modern Art, purchase through a gift of Phyllis Wattis, 1998

By Sarah Roberts, July 2013
Part of the Rauschenberg Research Project 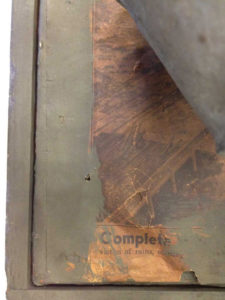 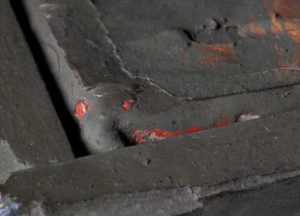 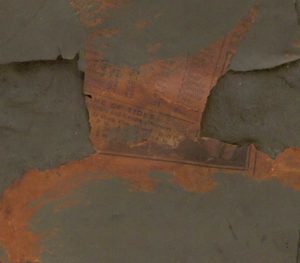 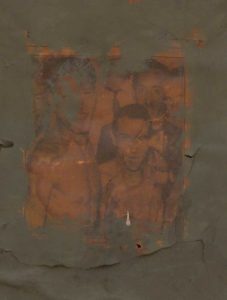 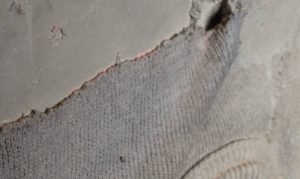 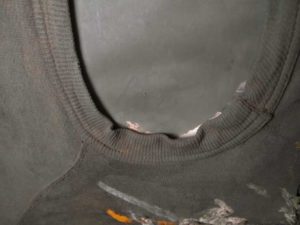 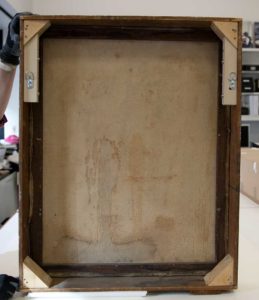 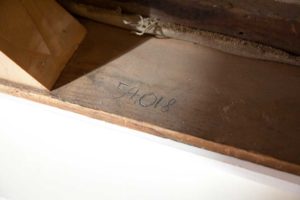 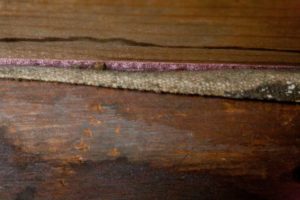 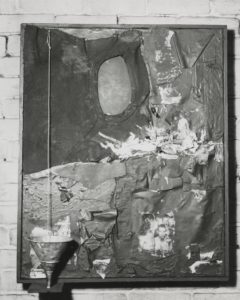