This photograph of the lower left corner of Untitled (ca. 1955) shows a newspaper clipping that is partially obscured by gray paint. An image of a flooded bridge appears above fragments of a caption that reads: “Complete W” and “victim of rains, melting.” Before the paint was applied, the caption may have referred to a “Complete Washout” and “victim of rains, melting snow.” Rauschenberg often incorporated local newspapers in his work, usually not long after their publication. This newspaper clipping has not been identified, but the mention of melting indicates a spring flood. The New York metropolitan area and southern New England experienced significant spring flooding in 1956, but not in 1955, supporting a date of ca. 1955 for the artwork. 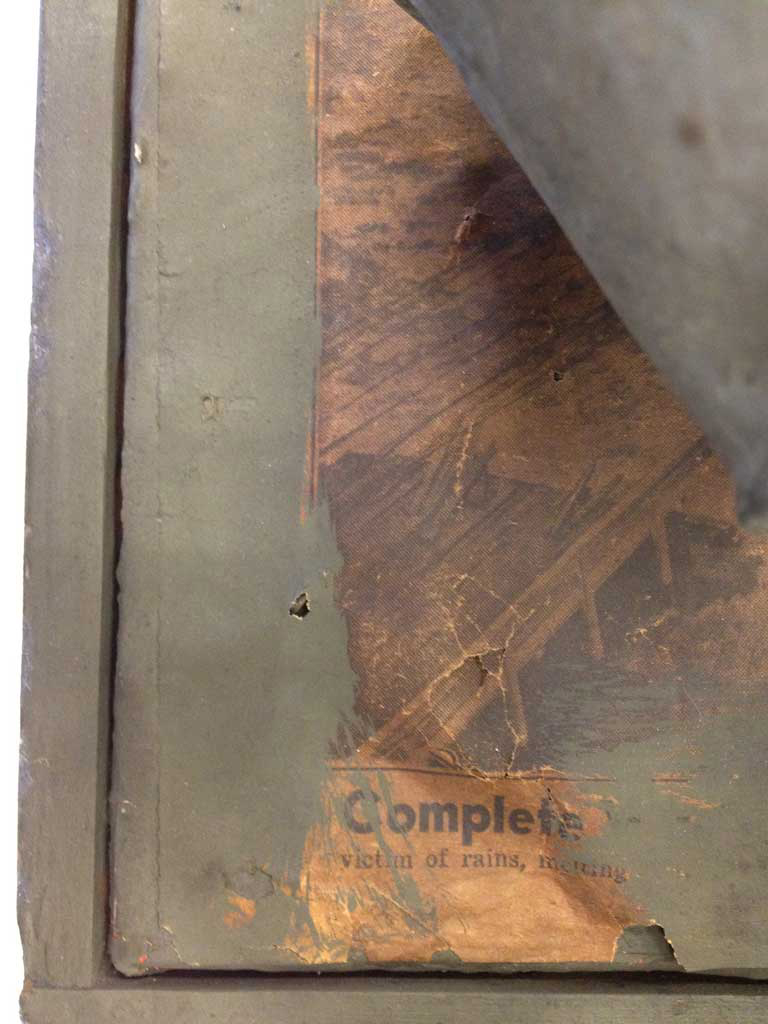