In this photograph, taken from an oblique angle, red paint is visible behind the top edge of the sweatshirt fragment that covers the upper section of Untitled (ca. 1955). The fact that the sweatshirt lacks any hint of red—even in unpainted areas such as the ribbing at the neckline—suggests that it was not original to the Red Painting Rauschenberg painted over, but instead was added later, as part of the campaign to transform the work into a Combine painting. 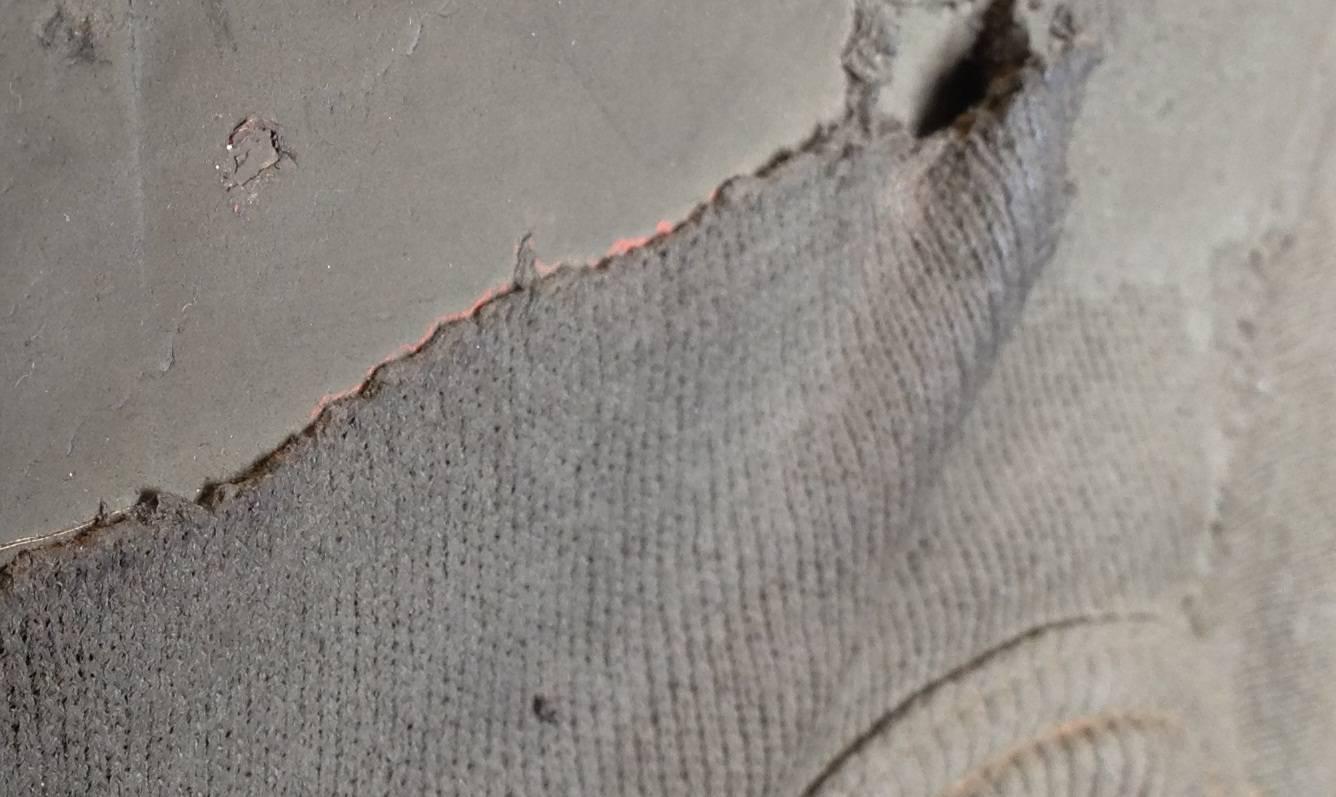