Rauschenberg’s Ten Yard Sale (1999; at left) is roughly twice the length of Port of Entry [Anagram (A Pun)], yet both works dwarf viewers who approach them. Shown together at PaceWildenstein (as Pace Gallery was then known) from March 19 through April 17, 1999, as part of an exhibition of Rauschenberg’s Anagrams (A Pun) series, the two works feature repeated imagery and reference similar subjects, such as construction sites, the American flag, and firefighting paraphernalia. 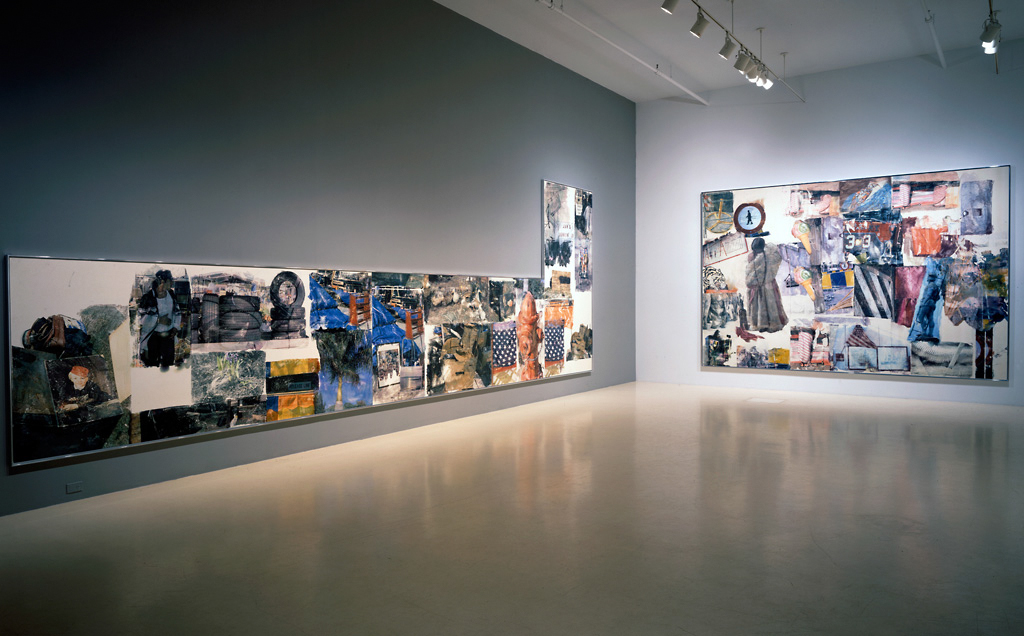