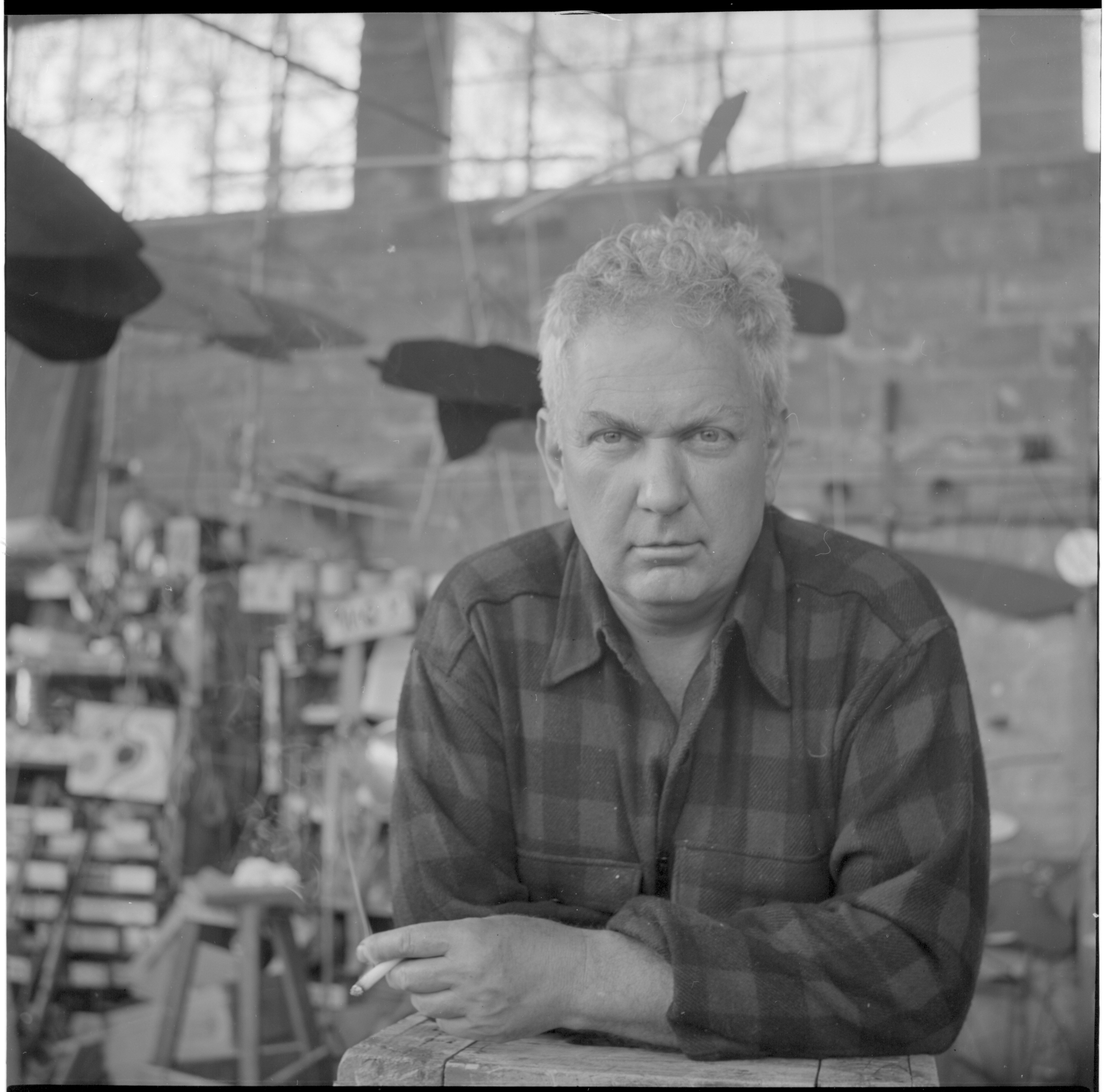 Alexander Calder is best known for his hanging mobiles. Born into a family of artists, Calder committed to a career in art in his mid-20s and traveled frequently in the subsequent years between New York and Paris, where he befriended members of the international avant-garde.

Calder’s interest in movement appeared early in his figurative wire sculptures, which have a mechanical sensibility. In 1931 Calder gave form to an entirely new type of abstract art: the mobile. Some of these objects operated with motors, but his real breakthrough came with his creation of hanging mobiles. They consist of abstract shapes connected by wires and move freely with the air currents in a room.

In addition to his mobiles and stabiles, or stationary objects, Calder worked across many media, including painting, jewelry, drawing, printmaking, textiles, and domestic objects, and he undertook commissions for large-scale public artworks around the world.