Does a Museum Podcast Have to Be about a Museum?

SFMOMA’s new arts and culture podcast, Raw Material, might not sound like a museum podcast — and that is exactly the point. For those who haven’t listened, you might start with our third episode, “The Sigil,” a profile on the artist, musician, and occultist Genesis Breyer P-Orridge. If you appreciate that (or can handle it, depending on your temperament), then I’m excited to tell you that you’ll hear an Ayahuasca ceremony, alien music, ghost stories, and much more in some of the other episodes of our first six-episode season, called Otherworld.

This Is Not Our First Rodeo

SFMOMA was one of the first museums in the world to recognize the potential of podcasts as a medium for engaging audiences. We began experimenting with podcasting in the summer of 2005, with two exhibition audio tours that were scripted, recorded, and produced entirely in-house on a shoestring budget. These early efforts mostly parroted the familiar audio guide format, but our NPR-loving staff, including lead series producer Stephanie Pau, realized that the medium had much more to offer.

Later that year we launched SFMOMA Artcasts, a magazine-style series that offered a diverse array of responses to the museum’s exhibitions and artworks, and included the voices of curators, artists, musicians, poets, visitors, and members of the wider public. SFMOMA Curator of Interpretation Peter Samis wrote that the series was “a movement from the museum out into the community, and from the community back into the museum.” That spirit of open dialogue, and the philosophy of including multiple voices, set the precedent for the future of SFMOMA’s ventures in podcasting.

In spring 2015 (before I joined SFMOMA’s Interpretive Media team) the museum was closed for renovation, and after a decade “on air,” the podcast was on hiatus, too. I remember at that time thinking, “I need to get into some good art/museum podcasts.” As someone whose love of radio is rivaled only by her love of art, it seemed crazy that I did not listen to a single art-themed podcast or radio program. So I tuned in to about a dozen of them in the span of a week, and was disheartened to discover that few reflected the experimental drive of the artists they covered. Some featured interviews, but many focused on detailed exhibition reviews. Viewing an exhibition is a worthwhile experience, but hearing a critic or other expert attempt to re-create that viewing experience in detail, without visuals, is not. Unfortunately, this approach is not at all uncommon in museum podcasts.

When I started working full time at SFMOMA, I began to imagine a radically different approach to museum podcasting. What about telling stories instead of simply providing information? Highlighting artists’ voices instead of art historians’ voices? Taking cues from episodic TV and viral podcasts, instead of gallery labels? I wanted to make a podcast by and for art lovers.

If there was ever a time to experiment, to try something radical and transformative at SFMOMA, 2016 was it. In May we opened our new, hugely expanded building and rolled out a groundbreaking in-museum app that blends immersive audio stories with the latest in mobile technology. By that time, SFMOMA Artcasts had been on hiatus for almost a year. In the wake of all the other innovation brewing, we felt it was the perfect time to change direction. So we officially retired the Artcasts series. After months of research and evaluation, we identified a handful of guiding principles that we wanted to incorporate into our new vision for the podcast:

Season 1, we decided, would look at artists who work with “the unknown”: hauntings, magic, and other mysterious phenomena. It fit well with what we saw happening in the contemporary art scene, certain elements of SFMOMA’s fall programming and exhibition schedule, and, happily, my own personal obsession with Halloween. 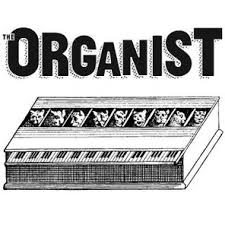 The Organist on KCRW

A Creative Partnership with a Guy Who “Gets It”

In summer 2016 we put out a call for proposals looking for a production partner to work with us on relaunching our podcast, and talked to a handful of super-talented candidates with polished portfolios. Ross Simonini, the one we quickly chose to be the host and co-producer of our first season of Raw Material, stood out for a few reasons. As an independent producer, he was the only applicant who wasn’t part of a firm, or even a small team. He is a do-it-all kind of person, used to taking creative, DIY approaches to producing content. Notably, he’s also the producer of an experimental arts and culture podcast from McSweeney’s and The Believer magazine called The Organist.

Ross is also an accomplished writer and visual artist. He has that extremely rare quality of giving off bohemian-philosopher-poet vibes while still impressing you with his efficiency, organization, and technical competence. Ross is the kind of person who constantly has to rein in what seems like a never-ending flow of really good ideas popping into his mind. As I told my colleagues after we interviewed him, “That guy just gets it.” 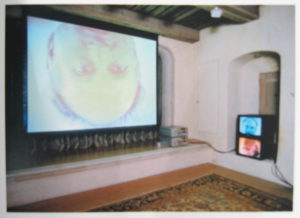 As host, Ross brings with him an artist’s perspective on art, and it comes through naturally in his voice. We knew we didn’t want a voice actor reading lines, or a celebrity host whose voice would overpower the artists whose voices we wanted to highlight. In many ways, Ross has come to be more of an artist in residence than a vendor. He also conceived the name of our new podcast, Raw Material, inspired by a Bruce Nauman artwork in SFMOMA’s collection. “The term ‘raw material’ is used to describe material before it has been manipulated by the artist,” Ross notes. “It’s what we’re capturing—the artist’s words and thoughts and process, which are developed into the art. We are looking at the exposed, unrefined aspects of artistry, the stuff society hasn’t buffed out.”

When we embarked on this journey with Ross, with a simple goal to “make an amazing art podcast,” there were a lot of unknowns. We definitely didn’t know how our podcast was going to sound until we started putting it together. Ross conducts interviews using an intuitive approach, immersing himself in an artist’s practice before visiting them, and then recording the open conversation. His process for editing is similar—lots of trial and error and nonlinearity. We didn’t want to script the episodes in advance of the interviews: we wanted to let the best parts of each conversation guide what the episode would be about, rather than the other way around. 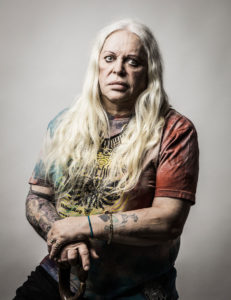 The Reinventions of Genesis Breyer P-Orridge in The New Yorker

Once we decided that we would call our first season Otherworld, and feature artists working with magic, I became obsessed with getting Genesis Breyer P-Orridge to be a guest. Many people know Genesis Breyer P-Orridge for h/er pioneering work in music, particularly in the genres of industrial and acid rock (hello, fellow Throbbing Gristle/Psychic TV fans!). More recently, s/he has also been recognized for h/er ongoing pandrogyny project, in which s/he and h/er late wife sought to break down the limitations of gender and the body in a quest to resemble one another as much as possible — via makeup, plastic surgery, and other body modifications — so that they were essentially two parts of the same being, the pandrogyne.

When Ross locked down the interview in P-Orridge’s New York apartment, I was utterly delighted. I hastily lent him my beloved copy of Thee Psychick Bible, a book of collected works from Thee Temple ov Psychick Youth (just an underground chaos magick collective that P-Orridge helped form in the early 1980s, no big deal).

I got an email from Ross, late one night, with a photo of a page from Thee Psychick Bible. One phrase was lightly underlined—the words “raw material.” My first thought was, “Thanks for defacing my book?” But I quickly realized from Ross’s message that he wasn’t the one who’d underlined it — he’d only discovered it. And I knew it wasn’t me since I hadn’t opened the book in years.

Whether the mark appeared by magic, or if one of us somehow made it in a dream or a trancelike state, I took it as a good omen. It was a reminder that while the work we are doing here operates in uncertain, uncharted territory, I know it’s worthwhile, even necessary, for the art world right now. We’ve made this bold (and wonderfully weird) content, and I’m happy. If you — elusive arts and culture lover — like it too, then I’ll be thrilled.

read
All Good Things Must Come to an End: The sunset of SEND ME SFMOMA

read
Combing through the Collection: Showcasing the Unexpected in the Art of California Galleries