Brave career choices, radical voices, and films that explore queer histories foreground this edition of Film Threads, compiled by Gina Basso, our manager of film programs. Have something you’d like to add to this list? Tag @sfmoma on social media or email digital@sfmoma.org.

“There’s no fun in gossip unless you mention names.”

Set in London and filmed when sex between two men was a crime, Victim follows fictional barrister Melville Farr (Dirk Bogarde), a closeted man who risks his career and pursues those who blackmail gay men. “The real villainy manifests not just from the deeds and threats of the blackmailers, but by the reality that their acts have been emboldened through societal and legal prejudice,” says Basso. “The system creates an environment of fear at the expense of scandal-averse men, who feel the need to cloak themselves in silence, secrets, guilt, and shame.”

The British Board of Film Censors and the Motion Picture Association of America slapped the film with forms of censors upon its release, and the response changed the trajectory for Bogarde, who in life was closeted. “His stereotypical ‘good looks’ typecast him in conventional templated roles lacking substance,” Basso says of the former matinee idol. “For him, the film likely struck a chord and marked his turn towards characters weighted with psychological depth and immense pathos.”

“There was no before.”

A much-beloved documentary, The Queen chronicles the 1967 Miss All-America Camp Beauty Contest in New York through the lens of its Mistress of Ceremonies. “Decades before drag and LQBTQ+ rights entered the mainstream, queer icon and activist Flawless Sabrina took viewers into the world of competitive drag in this dazzling 16mm cinéma verité,” Basso says.

Sabrina narrates as hopefuls move through rounds of bathing suit, gown, make-up, hairdo, talk, walk, and beauty competitions. “Their unfiltered strains of conversation lock this moment in history, at the dawn of the gay rights movement and near the height of the Vietnam War,” Basso says. ‘Why haven’t you been drafted? Did you tell them you were homosexual?’ asks a contestant, to which the other comically replies, ‘No, they told me!’”

“I listen for my own silent implosion.”

Late Bay Area poet and educator Marlon Riggs blended poetry, documentary footage, and his personal reflections into this rhythmic experimental film. “Unfolding like a chapbook, it’s Riggs’s non-fiction essay on film,” Basso explains of the piece. “It centers on communities of Black gay men coming out in the face of homophobia, bigotry, and the anxiety the AIDS crisis generated.”

Riggs’s recount of his exclusion from white-centered gay communities in San Francisco is especially resonant. “His radical voice shapes the film’s montage rhythm,” Basso adds. “The beat of spoken word poetry asserts the need and carves a space in which to pivot away from silence.”

“I don’t know what I want to make a film on. I know it has to be about Black women because our stories have never been told.”

Part investigation, part romantic comedy, The Watermelon Woman revolves around the filmmaking ambitions of a young video store clerk loosely based on Dunye, who wrote, directed, and starred. “It’s a stand out among the ranks of the New Queer and 1990s American independent cinema for providing Black lesbian visibility on screen and behind the camera,” Basso says.

Dunye’s fascination with the sparse representation of Black women on film served as inspiration here. “Her character becomes fascinated with Faye Richards, a fictional actress known for her roles in the 1930s as the ‘Watermelon Woman,’ a nameless character often reduced to Black stereotypes in historical films,” Basso says. “Dunye went even further to develop a mythology around Richards, complete with biographical narrative, movie and image archive and interviews with women who know her.”

“I remember leaning against walls in queer bars.”

Wolf’s film is an ode to Joe Brainard, the New York School artist and writer who died of complications from AIDS in 1994. Featuring an assemblage of footage, the documentary specifically focuses on I Remember, the late artist’s fragmentary memoir and best-known work. “Wolf steers clear of any templated approach to conventional documentary filmmaking, and instead structures the film around an archived recording of Brainard reading the poem,” Basso explains. “He builds up a montage of footage sourced from the National Archives in Washington D.C., interviews, and also includes Brainard’s own art as the visual accompaniment.” 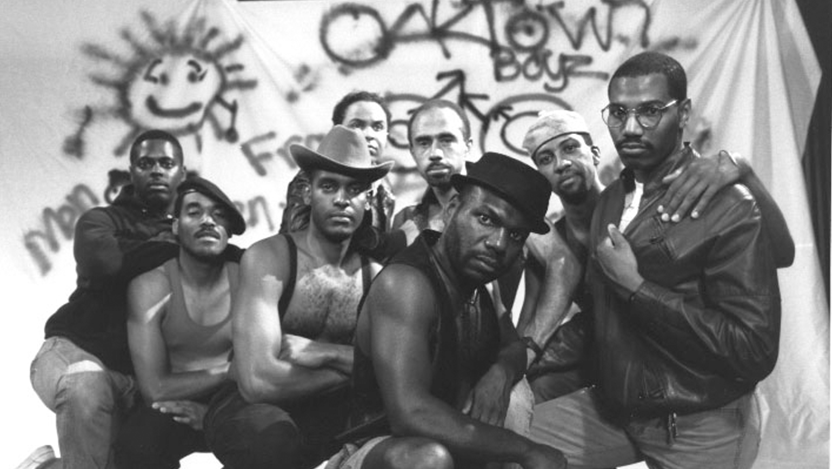 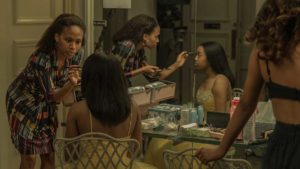 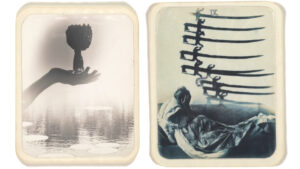 read
Art and the Afterlife: Four Works that Explore Loss and Legacy 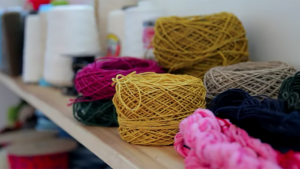 read
'Whatever You Have': Artists Find Inspiration in Everyday Objects 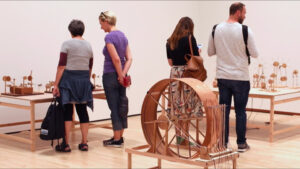 read
Aural Fixation: The Many Manifestations of Sound-Based Art
See All