Mixed media and a manifesto

The Bay Area has been the epicenter not only of natural events such as earthquakes but also of numerous political and social movements. From the hippies to the gays, the diggers to the cockettes, and the Black Panthers to the Foodies — each of these groups used or continues to use the shaky grounds on which we walk as both a soapbox and platform for ideas, performance, and social change.

As a way to keep our footing in this revolutionary and unpredictable terrain, this project asks participants to construct their own personal survival kits and to consider the contents within them. What are the items you can’t live without? What are the items that you think other people should not live without? How does the form or shape of the box reflect the content within the box? What do these objects ultimately say about you as a person, or about your own personal narrative/history? Remember, you need not think literally about merely those items that one would need to sustain physical life. Each kit should be just as idiosyncratic as the maker who constructs it.

Housed within each of these kits should be a manifesto, a way to suggest the importance and urgency of your newly made kit. Envision a reason why we might need the kit or why the particular items within it are necessary for the kind of events that might anticipate the kit.

Here are some steps that may be helpful to you in creating your survival kit:

Born in 1979 in St. Louis Lives and works in San Francisco Faught received a BA in art history and English from Oberlin College in 2001, an AAS from the Fashion Institute of Technology, New York, in 2004, and an MFA from the School of the Art Institute of Chicago in 2006. He has had solo exhibitions at Booster and Seven, Chicago, 2005; Seattle Art Museum, 2009; Western Bridge, Seattle, 2010; Lisa Cooley, New York, 2010, 2011, 2012; and the Contemporary Art Museum St. Louis, 2013. His work has been included in numerous group exhibitions at venues such as the Baltimore Museum of Art, 2004; Hyde Park Art Center, Chicago, 2007; Museum of Contemporary Craft, Portland, Oregon, 2009; Greg Kucera Gallery, Seattle, 2010; Lehmann College Art Gallery, New York, 2010; Tanya Bonakdar Gallery, New York, 2011; University Art Museum, Albany, 2011; Oakville Galleries, Ontario, 2013; 601 Artspace, New York, 2013; and Grazer Kunstverein, Graz, Austria, 2013. He was the recipient of the 2009 Betty Bowen Award, from the Seattle Art Museum, and a 2012 Louis Comfort Tiffany Foundation award. Faught is a recipient of SFMOMA's 2012 SECA Art Award, and created a commission at San Francisco's Neptune Society Columbarium for the 2012 SECA Art Award exhibition. His work will be included in a number of upcoming group exhibitions, including Fiber in Form, which will open in 2014 at the ICA, Boston, and travel to the Wexner Center for the Arts, Columbus; Des Moines Art Center, Iowa; and the Contemporary Art Museum, Houston; and Rites of Spring, which will open at the Contemporary Art Museum, Houston, in 2014. Faught is currently an assistant professor at the California College of the Arts.
Open Studio 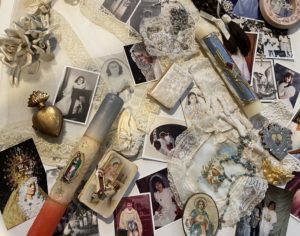 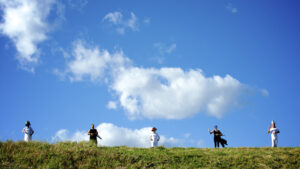 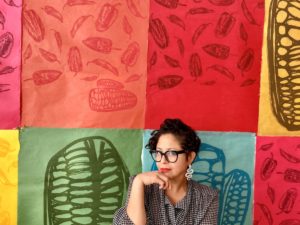