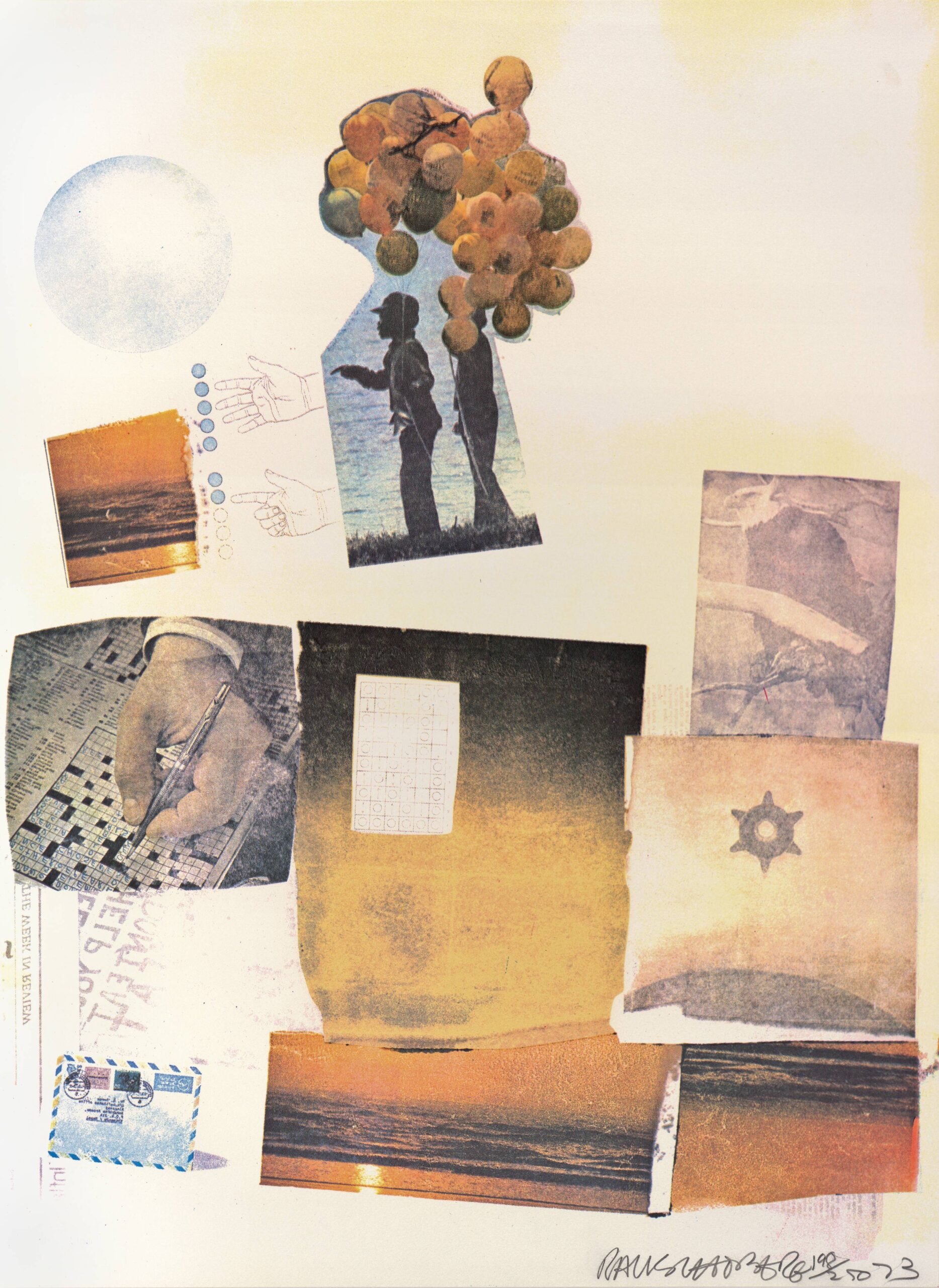 Two days before Christmas 1972 a major earthquake struck the Nicaraguan capital of Managua, claiming approximately five thousand lives and displacing two-thirds of the city’s 325,000 residents. The devastating event captured international media attention and triggered widespread relief efforts. Robert Rauschenberg responded with Support (1973), a screen print he produced to benefit the Pan American Development Foundation. The print was issued by Styria Studio, New York, in an edition of 250, and proceeds from its sale were intended to provide direct aid to the victims of the disaster.

The print’s references to its tragic context range from oblique to overt. The composition, awash in an orange-yellow haze, includes images of a bald eagle, a postmarked airmail envelope, and multiple views of an ocean sunset. Featured near the center and top third of the print are multiple hands that gesture in what reads like a secret code. Two shadowy figures holding an assortment of colorful balloons face the left side of the composition, one of them pointing toward two counting hands that hover above and to the right of an image of yet another hand completing a crossword puzzle. In what may be the most explicit reference to the earthquake and the effort to help its victims, the tip of the pen in the crossword image points directly toward a reversed solvent transfer of an excerpt from the New York Times’s “Week in Review,” in which the most discernible word is “HELP.”

This work has not been published. This listing has been reviewed and is complete as of August 31, 2016. 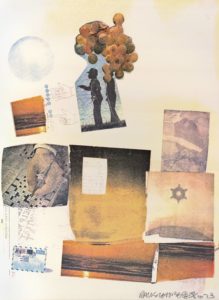