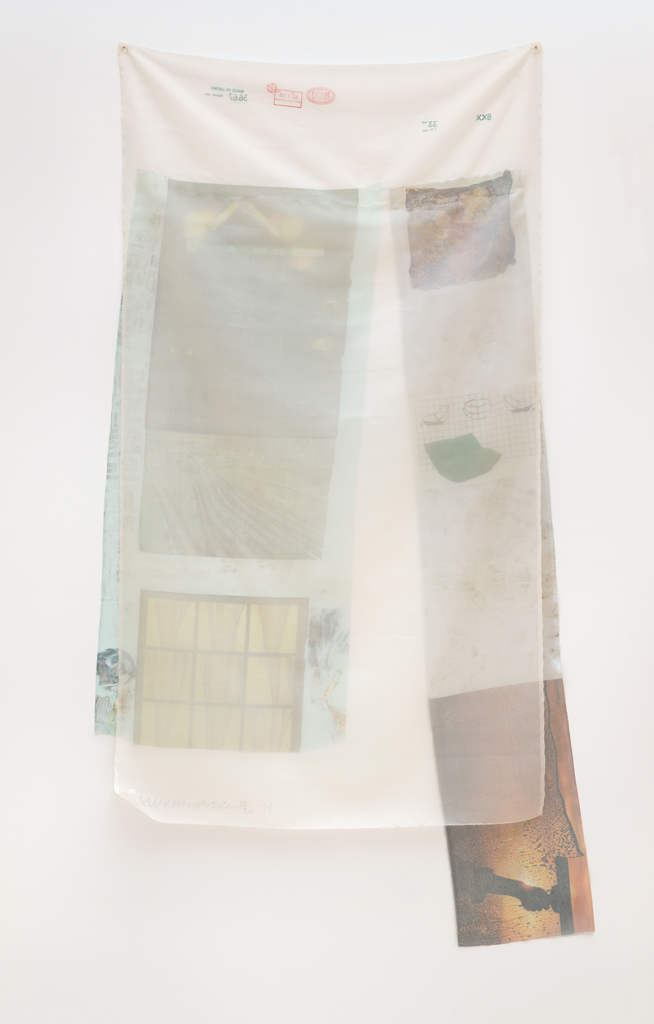 Between 1974 and 1976, Robert Rauschenberg produced Hoarfrosts, a group of unique solvent transfer works on silk inspired by the sheets of cheesecloth commonly used to clean ink from lithographic stones between rounds of printing. Sand is part of Rauschenberg’s Hoarfrost Edition (1974), a related suite of nine prints on unstretched fabric made in collaboration with the master printers at Los Angeles–based print studio Gemini G.E.L.

Rauschenberg was intrigued by the history captured in the ink stains that sometimes remained on the cheesecloth after laundering, and he was captivated by the way the gauzy, veil-like pieces of fabric moved in the breeze as they hung in the studio to dry. The Hoarfrostseries and edition explore these qualities and also—through the translucent layer of cloth covering the printed fabric in these works—reference the feathery white blanketing of ice crystals from which they take their name. Rauschenberg spent two years (1958–60) illustrating Dante’s Inferno in a series of transfer drawings, and he knew the text well; he likely came across the word hoarfrost in this passage from canto 24: “In that part of the young year . . . when hoarfrost mimes the image of his white sister upon the ground.” The gossamer delicacy of the Hoarfrost works echoes the fleeting presence Dante describes.

Sand combines a watery layer of chiffon with a smooth silk panel that is covered with barely legible solvent transfer images and text from newspapers. The largest image, a hand pulling a squeegee across a pane of glass, simultaneously alludes to both the transparent nature of the piece and the repeated gestural processes (such as cleaning and wiping) inherent to printmaking. The upper corners of Sand are incised with reinforced anchor holes through which the work is pinned to the wall, an installation method that allows the filmy layers of fabric to gently drape and flow with the air currents.

Views of the Artwork (3) 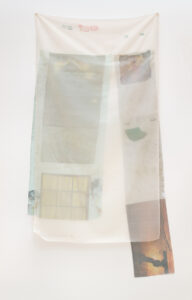 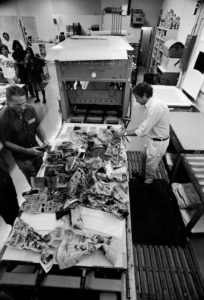 Robert Petersen and Robert Rauschenberg at work on a Hoarfrost Edition 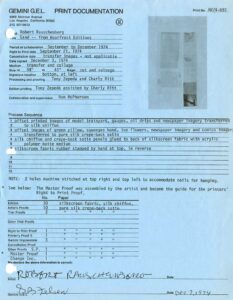 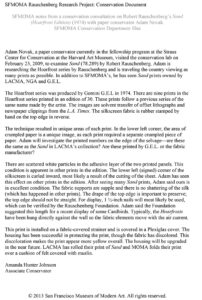