In Robert Rauschenberg’s Hiccups (1978), ninety-seven sheets of handmade paper zip together to present a swath of imagery that at a distance resembles a color bar, the individual panels surrendering their details in a sweeping line of vibrant squares. All of the panels must be presented when the work is shown, but that is the only restriction on their installation. Hiccups may be hung in a single line (with breaks left for doorways and windows as needed) or stacked in several parallel horizontal rows. When the nine-by-seven inch units are assembled side by side, the work extends nearly sixty-three feet.

Upon close inspection, each panel presents a unique composite of images, sometimes overlaid with sheer scrims or brightly colored snippets of ribbon and fabric. Gathered from popular magazines, sprayed with solvent, and run through a lithographic press, the transferred images—including maps, landscapes and vegetation, pictures of athletes and other celebrities, and various illustrations—reflect American popular culture of the late 1970s as well as more enduring cultural themes. Because the sheets can be displayed in any order, the recurrence of particular motifs may be emphasized or diminished. A slow walk along the work’s length offers viewers a chance to track the unfolding of an endlessly variable interwoven narrative, extending across time.

Rauschenberg often incorporated scraps of clothing in his paintings and assemblages, using them to reference the human body and the textures of everyday life. A brief stint as a self-described “zipper inspector” for a bathing suit company in 1948 familiarized him with the functional qualities of zippers, and they begin to appear in his work by 1959. In Hiccups, the zippers not only allow the panels to be rearranged in any configuration but also provide the means for mounting them on the wall: simple metal brads are inserted through the holes in the zipper pulls. The zippers also directly structure the experience of viewing the work. The interruptions formed by the alternation of zippers and printed panels visually approximate a staccato rhythm that echoes an actual case of the hiccups.

San Francisco Museum of Modern Art, gift of the artist in honor of Phyllis Wattis, 1999

In addition to appearing in the special exhibitions listed above, Hiccups was shown in SFMOMA’s galleries in 1999 and 2000 as part of a series of rotating presentations of the permanent collection.

Robert Rauschenberg’s Hiccups (1978)—a sprawling series of ninety-seven panels of handmade paper, embellished with fabric and an assortment of solvent transfer images—vividly illustrates a number of the major material investigations undertaken by the artist in the 1970s as he reaffirmed his commitment to marshaling vast amounts of photograph-based imagery into large-scale, encyclopedic formats.

Views of the Artwork (7) 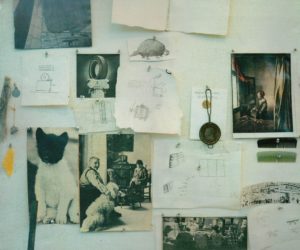 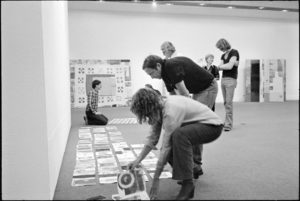 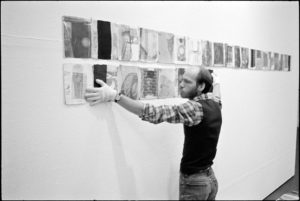 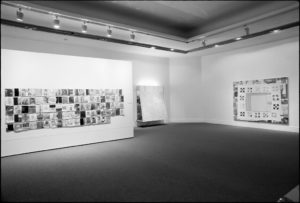 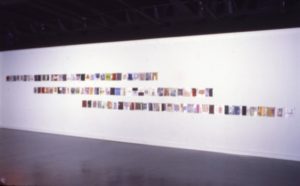 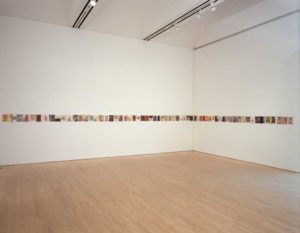 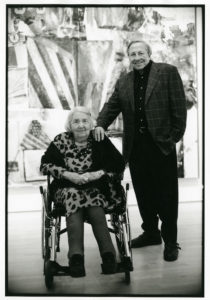 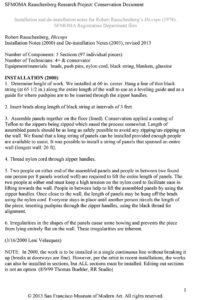