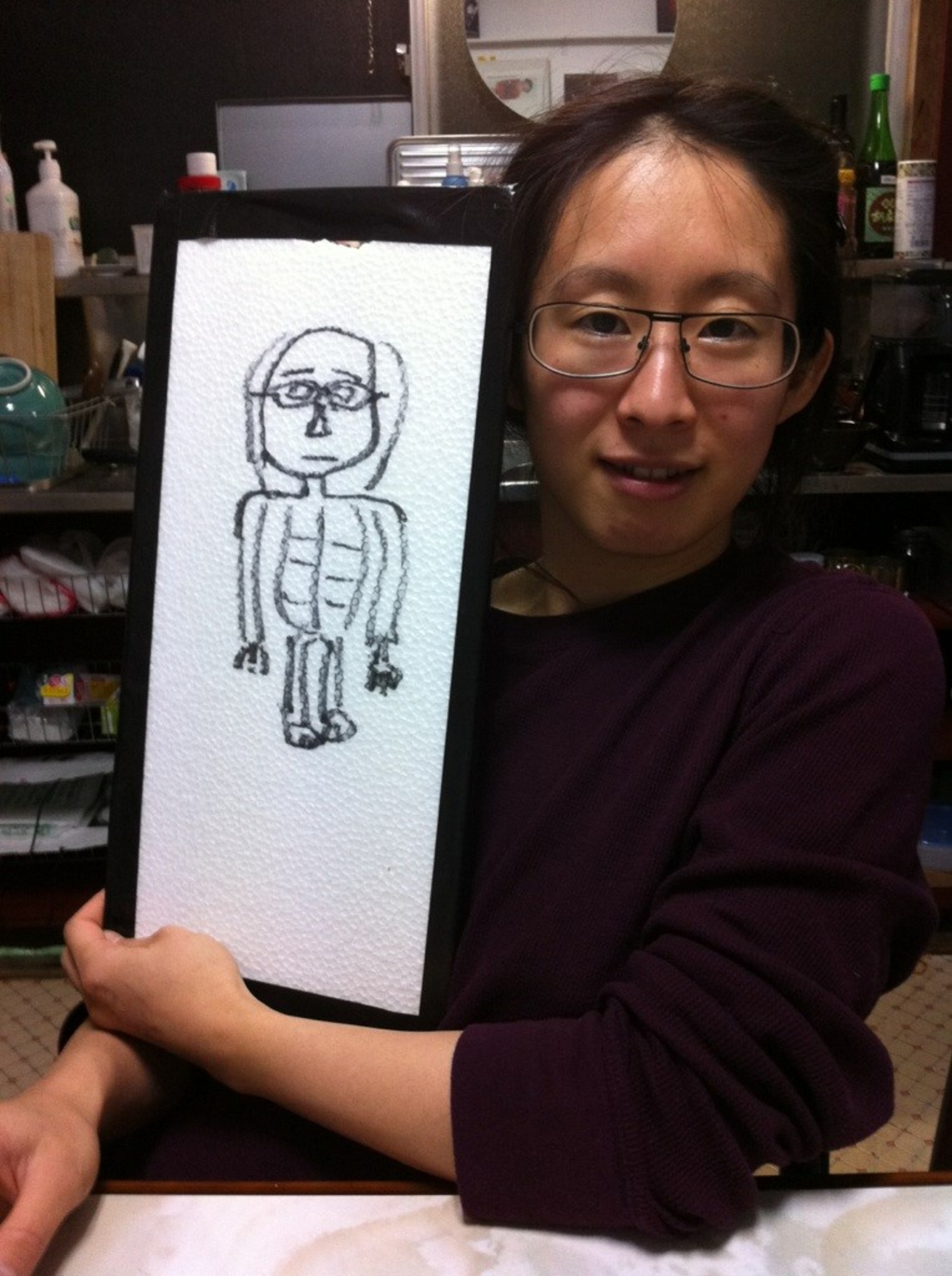 The camera has been compared to many things—a weapon, a tool, and a witness, among them—but Lieko Shiga (b. 1980) likens it to a portal. Though her practice is firmly rooted in location-specific fieldwork and the human experience, she uses the camera to reimagine the world around her as a phantasmagoria, transporting viewers to a fiercely foreign realm through elaborate staging and lighting, the active participation of her subjects, and a liberal use of colored filters rather than digital manipulation. “I have been described as an alien,” she has remarked proudly, attempting to explain her singular artistic vision.[1]

Growing up in a suburb of Okazaki, where much of the labor force is employed by Toyota and other manufacturing companies, Shiga believed “everything I [saw was] just an illusion . . . nothing in my environment was real.”[2] Her idea that the motions of daily life constituted a magic act—with someone at work behind the curtain, pulling the strings—informed her desire to participate in life, rather than merely observe it. For years she studied classical ballet until, as a teenager, her physical development prevented her from advancing. Around the same time she began experimenting with her parents’ point-and-shoot camera. Photography immediately registered as a tactile experience and soon displaced dance as her preferred form of self-expression. She has recalled, “Having the image I envisaged reproduced on the physical material of photographic paper, and being able to hold it in my hand, was both shocking and pleasurable. I felt an immense separation between the image in my hand and my own body, and I found that separation extremely sensual. I think that at that moment I discovered my existence through the device of the camera.”[3]

In 1999 Shiga left Japan to study fine art at Chelsea College of Arts in London, where she lived for about seven years. As a student she photographed people in her immediate sphere—friends, her roommate, neighbors—in haunting scenes that make reference to nineteenth-century spirit photography. Her first pictures from that period appear in the book Lilly (2007), which Shiga considers an attempt to re-create the “atmosphere of her adolescence,” something akin to “child’s play, but the dark side of it.”[4] That year she also released Canary, a compilation of photographs made between 2006 and 2007. If Lilly visualizes her internal angst, Canary represents her complicated engagement with society and the external world. Shiga received the prestigious Kimura Ihei Award for the two publications.

At the end of 2008, following a 2006 residency in Miyagi Prefecture that introduced her to the insular region of Tohoku, Shiga moved to Miyagi permanently. She set up a studio in coastal Kitakama and established herself as the town photographer, documenting residents and local activities from baseball games to town hall meetings. Over time she built an unofficial archive of the village through photographs and oral histories, which she envisioned combining in a massive project about the community and its past. But on March 11, 2011, the Tohoku earthquake triggered a tsunami that devastated Kitakama and shifted the course of her endeavor. Shiga survived, but both her home and her studio, along with the work and possessions stored there, were swept away. Over the next two years she resided in temporary shelters and occupied her time with projects such as cleaning and digitizing anonymous photographs found among the debris. In 2013 she exhibited and published Rasen Kaigan (Spiral Shore), featuring images of Kitakama and its residents after the tsunami as well as photographs that predated the event, which had been safely stored in Tokyo. While the project can be read as “an elegy to a community that has been dislocated,” Shiga is reluctant to let the work be defined by the disaster.[5] Deeply personal and collaborative, it allowed Shiga to realize that “for about a decade following my encounter with photography, I took photographs with the feeling that I was somehow exerting control over the world within me.”[6]

Shiga continues to live and work in the countryside in Miyagi Prefecture, making photographs that examine the local environment, often in relation to broader sociopolitical issues, philosophies, and human concerns. Her recent project Human Spring (2019) considers how the landscape of Miyagi represents both the evolution of Japanese society during the Heisei era (1989–2019) and the cycle of life and death.

Works in the Collection by Lieko Shiga