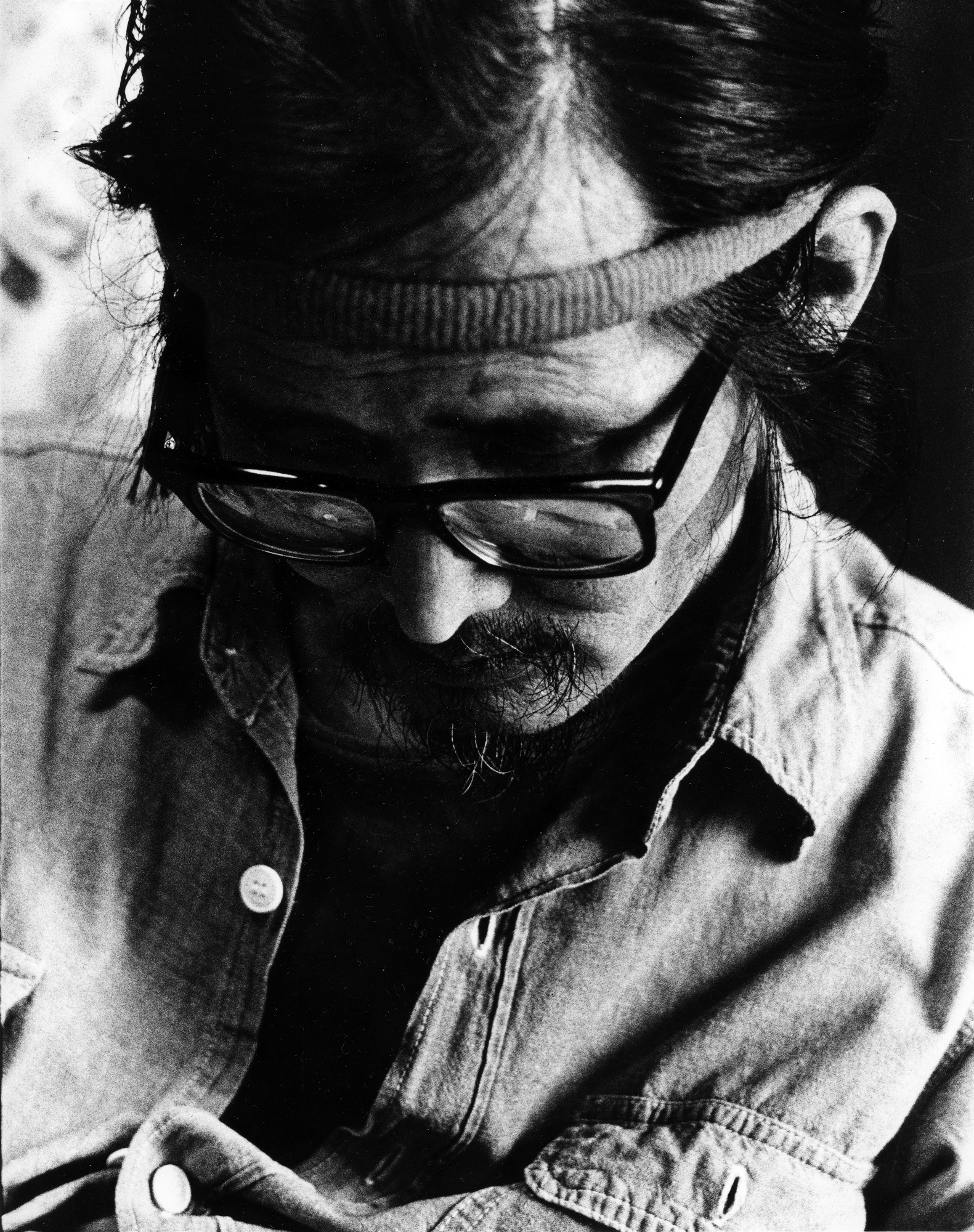 Takuma Nakahira (1938–2015) was a radical and critical leader of modern photography, pushing it to its limits. Yet, after losing his speech and his memory toward the end of his life, he can also be said to have returned to the point of origin, or “degree zero,” of the medium.

Nakahira graduated from Tokyo University of Foreign Studies with a degree in Spanish in 1963. After holding a number of different jobs he became an editor for the New Left journal Contemporary View, where he published photographs by Shomei Tomatsu. Tomatsu roused Nakahira’s interest in the medium and invited him to join the editorial board for the seminal 1968 exhibition A Century of Japanese Photography, organized by the Japan Professional Photographers Society. Nakahira struggled to choose between careers in photography or poetry, but the works he discovered while conducting research for the show convinced him to focus on making pictures. The exhibition also led to his collaboration with fellow editor Koji Taki on the independent journal Provoke. With A Century of Japanese Photography, Nakahira and Taki gained an understanding of the language of Japanese photography of the past; with Provoke, they rejected that language and pushed their photography in a more experimental direction. Daido Moriyama became a member of the group associated with the magazine beginning with the second issue, upon Nakahira’s invitation. Though Nakahira and Moriyama’s emphasis on monochrome, on rough grain, and on slanted compositions was ridiculed as bure-boke shashin (blurry, out-of-focus photography), they maintained that in a world in constant flux, their manner of taking pictures best reflected what could be perceived by the naked eye.

After the third issue of Provoke, the group published the book First Abandon the World of Pseudo-Certainty (1970) and discontinued the journal. Nakahira felt that the bure-boke style—meant as a direct rebuttal of conventional aesthetics—was about to gain acceptance and was therefore losing its innovative potential. He had already begun to participate in international exhibitions such as the 1969 Paris Biennale, where he made a series of six bleak photogravure cityscapes titled La nuit (Night, ca. 1969). He also published the first anthology of his own work, For a Language to Come (1970), which captured his distinctive poetic sensibility and the radical criticism of photography being made by photographers themselves. In 1971 he was invited to the Paris Biennale by Takahiko Okada, the commissioner for Japanese entries and a former Provoke member. Nakahira presented his experimental project Circulation: Date, Place, Events, for which he wandered around Paris and photographed anything that caught his eye, adding the resulting prints to the exhibition space each day.

Nakahira became critical of his efforts in the 1973 essay “Why an Illustrated Botanical Dictionary?,” in which he dismissed his former desire to “shape the world according to his own ideas.” He repudiated the ambiguity of shadow and emotion, advocating instead for juxtapositions of sharp color photographs much like the illustrations in botanical dictionaries. This stance eventually led him to burn many of his prints and negatives. Eager to distance himself from the bure-boke shashin he had helped create and that had been widely adopted even in the commercial realm, Nakahira suffered a creative crisis. His artistic output dwindled, but he continued to write.

In 1973 Nakahira also traveled to Okinawa for the first time, to investigate the case of a young man accused of murdering a police officer during a recent general strike. This experience stirred a lasting interest in the region. From 1974 to 1977 Nakahira journeyed north through the Okinawa island group, probing the cultural demarcation between the Japanese mainland and these southernmost reaches. The resulting series Amami: Waves, Graves, Flowers and Sun (1976) and On the Border: The Tokara Islands, Depopulated (1977) appeared in the journal Asahi Camera and were intended in part as critical responses to Tomatsu’s The Pencil of the Sun: Okinawa, Sea, Sky, Island, People, and Then toward Southeast Asia (1975), which sought to expose a supposed common cultural foundation among the countries of the Pacific Rim.

In 1977 A Duel of Photo-Theory was published, with photographs by Kishin Shinoyama and text by Nakahira. That year, at a party at his home, Nakahira collapsed with acute alcohol poisoning. He survived, but the incident left his speech and memory permanently damaged. After a partial recovery, he spent most of his time making photographs. He published A New Gaze in 1983 and Adieu à X in 1989. Color works would be printed in later books such as Hysteric Six: Nakahira Takuma (2002), Documentary (2011), and the posthumous Okinawa (2017).

The first decade of the twenty-first century was a period of growing recognition for Nakahira. His first solo show, Degree Zero—Yokohama, was held in 2003 in Yokohama, where the artist lived at the time. He continued making similar but slightly different photographs near his home—often returning to the same objects or places again and again, in an anti-“Botanical Dictionary” manner—until 2011, when his health began to fail. In his final works he focused on the unique qualities of each of his subjects, rejecting generalizations and classifications and acknowledging a photograph’s radical ability only to point to the world.

Translated from the Japanese by Jens Bartel

Works in the Collection by Takuma Nakahira