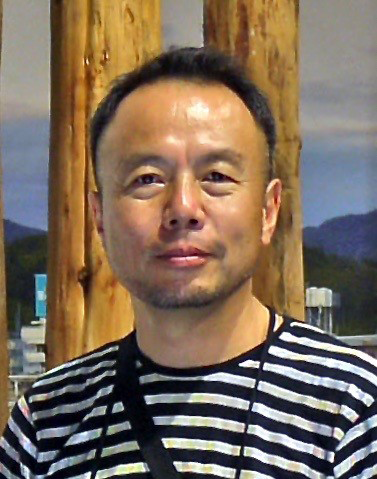 Naoya Hatakeyama (b. 1958) examines the meaning of landscape in the present day, when all land is affected by human activity. He maintains that even landscapes we admire for their untouched beauty, such as the craggy mountaintops of the Alps, have been altered by human use—by their portrayal as idealized Nature—and we must recognize this as the current condition of the world. Thus his work embodies an acceptance of human participation in nature.[1]

Hatakeyama’s first major project was Lime Hills (1986–90), in which he photographed limestone quarries throughout Japan. Finding the peaceful contemplation of these places to be incomplete, he soon documented the detonations the engineers devised to loosen the rock and represented the choreographed explosions sequentially, in the series Blast (1995–2008). “When I learned that Japan was a land of limestone,” Hatakeyama has said, “my appreciation of its cityscapes underwent a subtle change.” The country’s abundant supply of the stone is used to make cement and as aggregate for concrete, among other things. “In the texture of concrete I can feel the trace of corals and fusulinas that inhabited warm equatorial seas 200 to 400 million years ago.”[2] Flying over Tokyo, he was reminded of the quarries: “The uneven white scene spreading endlessly was not the limestone I had seen in the mine, but the buildings of the city of Tokyo. It suddenly appeared to me that the minerals in the huge emptiness had not simply disappeared but were carried all the way here to be transformed and exist right in front of me.”[3]

Hatakeyama’s focus was altered by the devastating 2011 Tohoku earthquake and tsunami, a tragic moment for the nation and personally for the photographer, whose hometown was almost completely demolished and who suffered terrible loss. Since then he has studied not only the devastation caused by the disaster, but also the experience of returning to the affected region many times in the years since and witnessing the radical changes taking place. It has provoked him to rethink his work, particularly the separation of his own private or personal photography from his work as an artist. His Rikuzentakata series (2011) brings together personal photographs made in the past with pictures of the stages of reconstruction.[4] Finally, Hatakeyama has examined the stance of observation itself. CAMERA (1995–2009) is a series of photographs made in hotel rooms at night, accumulated during Hatakeyama’s travels over several years. They show what the photographer sees from his hotel bed, lit by reading lamps; they describe only the lighted interiors (camera is Italian for room). Comprising a meditation on the very nature of photography, these pictures emphasize the internal, cognitive, and analytic nature of the medium, detached even as it is involved in examining the world outside.

Works in the Collection by Naoya Hatakeyama