Photography is everywhere. It is in the museum, but it’s also on city walls, in magazine pages, and on our phones. Practiced by all — amateurs, professionals, and artists, no matter their geographic, social, or ethnic backgrounds — photography is fundamentally democratic.

One of the first American museums to recognize photography as an art form, SFMOMA’s photography collection encompasses work from daguerreotypes made in the first years of the medium’s existence to digital imagery produced by experimental contemporary artists. The largest collecting area in the museum, photography has been an integral part of SFMOMA since its founding in 1935, due to the formative presence of Bay Area artists such as Ansel Adams, Dorothea Lange, Edward Weston, and Imogen Cunningham.

SFMOMA’s pioneering commitment to photography continues today, even as the definition of the medium continues to evolve. By bringing together all of its forms — prints, projections, and installations — we aim to propose a fresh approach to exhibiting photography at SFMOMA, one that embraces the inherently modern and democratic qualities of photography in the current era.

History of Photography at SFMOMA

When SFMOMA first opened its doors in 1935, the Bay Area was home to one of the most vibrant photography communities in the country. Work from that community, which included Ansel Adams, Imogen Cunningham, and Edward Weston, among others, formed the core of the museum’s collection. These artists, collectively known as group f/64, promoted photography as a vital modern art form and celebrated the medium for its sharp clarity and its ability to render, in the words of Weston, “the very substance and quintessence of the thing itself.” The majority of their works were acquired through major gifts from key donors, including trustee and patron Albert M. Bender. Ansel Adams also served as an advisor to Director Grace McCann Morley, encouraging her to mount photography exhibitions and grow the museum’s collection. In 1952, Adams was instrumental in convincing Georgia O’Keeffe to sell and donate the Alfred Stieglitz collection to SFMOMA.

John Humphrey, who joined the staff in 1935, was the first curator at the museum to actively promote photography. Though he was not a specialist in the medium, Humphrey recognized the importance of photography to SFMOMA and its audience. By stewarding relationships with collectors and other institutions, Humphrey shepherded acquisitions such as the donation of the Henry Swift Collection and connected SFMOMA with the exhibition programs of other major museums, including the Art Institute of Chicago and the Museum of Modern Art, New York. Most importantly he convinced the museum’s leadership to create a separate fund for photography acquisitions.

In 1979 Van Deren Coke was appointed photography curator, and in 1980 a separate photography department was founded, with Coke as its director. Coke saw himself as a counterweight to the traditions and philosophy of the Museum of Modern Art, New York. He sought to build a distinctive program, and instead of collecting the documentary tradition of photography being championed in New York, he promoted highly experimental, self-consciously artistic work. His chief interest was in European Surrealism and the German avant-garde. A photographer himself, Coke was also deeply interested in the work of his contemporaries (many of the approximately six thousand works in the collection made in the 1970s were acquired during his tenure).

At Coke’s retirement in 1987, Sandra S. Phillips was appointed curator (and later, senior curator) and saw a new possibility in the examination of documentary work. During her tenure, the photography department organized major exhibitions of artists such as Dorothea Lange, Wright Morris, Helen Levitt, Diane Arbus, Henry Wessel, Larry Sultan, and Garry Winogrand. Phillips built on Coke’s early interest in Japanese photography, giving solo shows to Daido Moriyama and Shomei Tomatsu and building a particularly robust collection of Japanese work, which was amplified by a major gift from the Kurenboh Foundation in 2012. Phillips was also keenly interested in the continuous tradition of documenting land use in the West, from the nineteenth century to the present. In addition to organizing exhibitions such as Ansel Adams at 100 and Crossing the Frontier, she built the museum’s collection of Western landscape photography. Under Phillips’s direction, the department viewed the entire medium as a modernist tradition, exhibiting and collecting a rich and complex range of vernacular photography, from nineteenth-century scientific images to snapshots, mugshots, and surveillance photography. By 2016, the collection had more than doubled in size to become the largest at SFMOMA.

Phillips was appointed curator emerita in 2016 and in 2017 Clément Chéroux joined the museum as senior curator. Chéroux is interested in building on the museum’s considerable holdings of entire series, including Larry Sultan and Mike Mandel’s Evidence, Jim Goldberg’s series Rich and Poor, and Nicholas Nixon’s The Brown Sisters, among many others. Chéroux’s collecting plan centers on building holdings of single photographers or series in greater depth, focusing on contemporary art, and more closely linking the museum’s collecting activity to its exhibitions program. 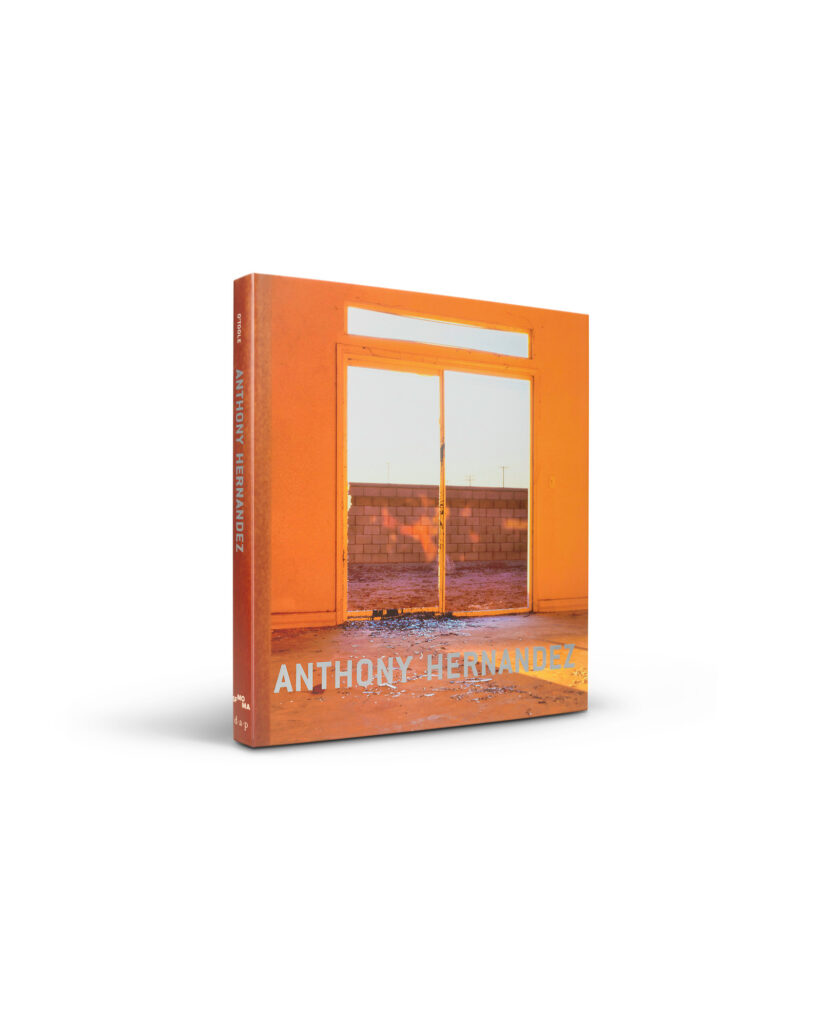 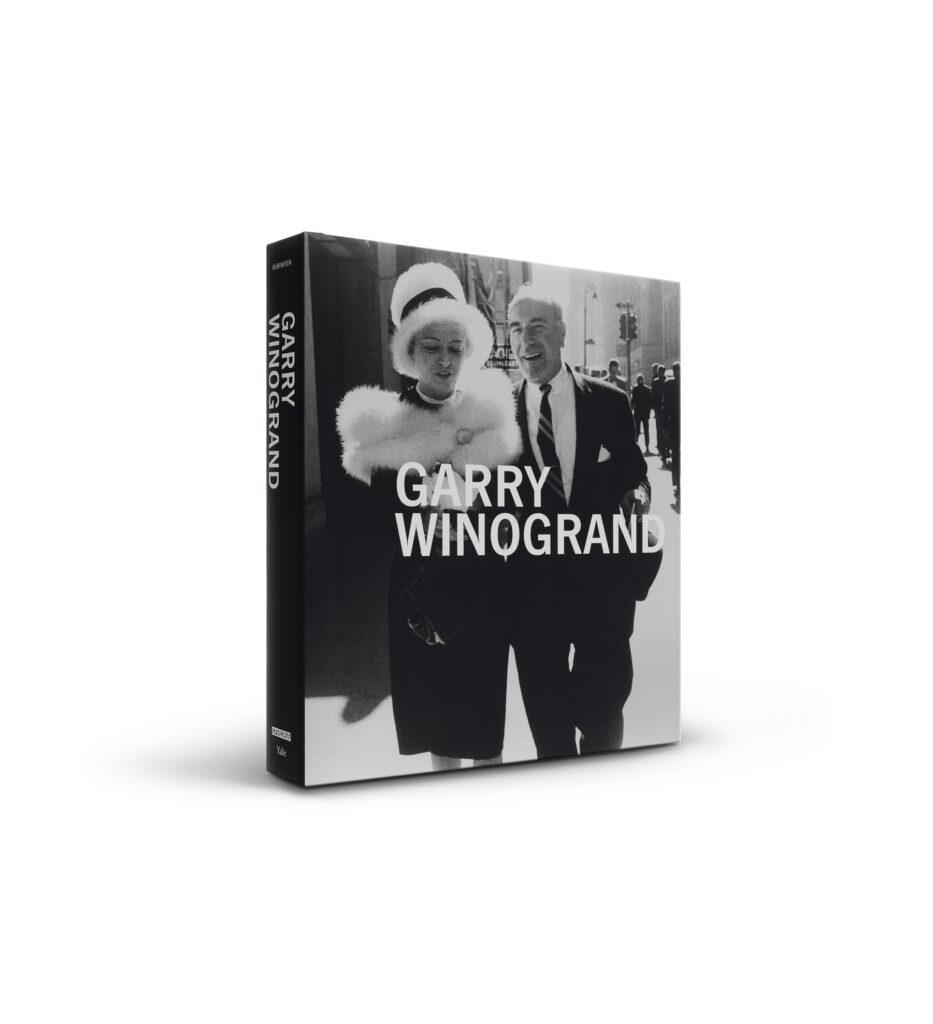 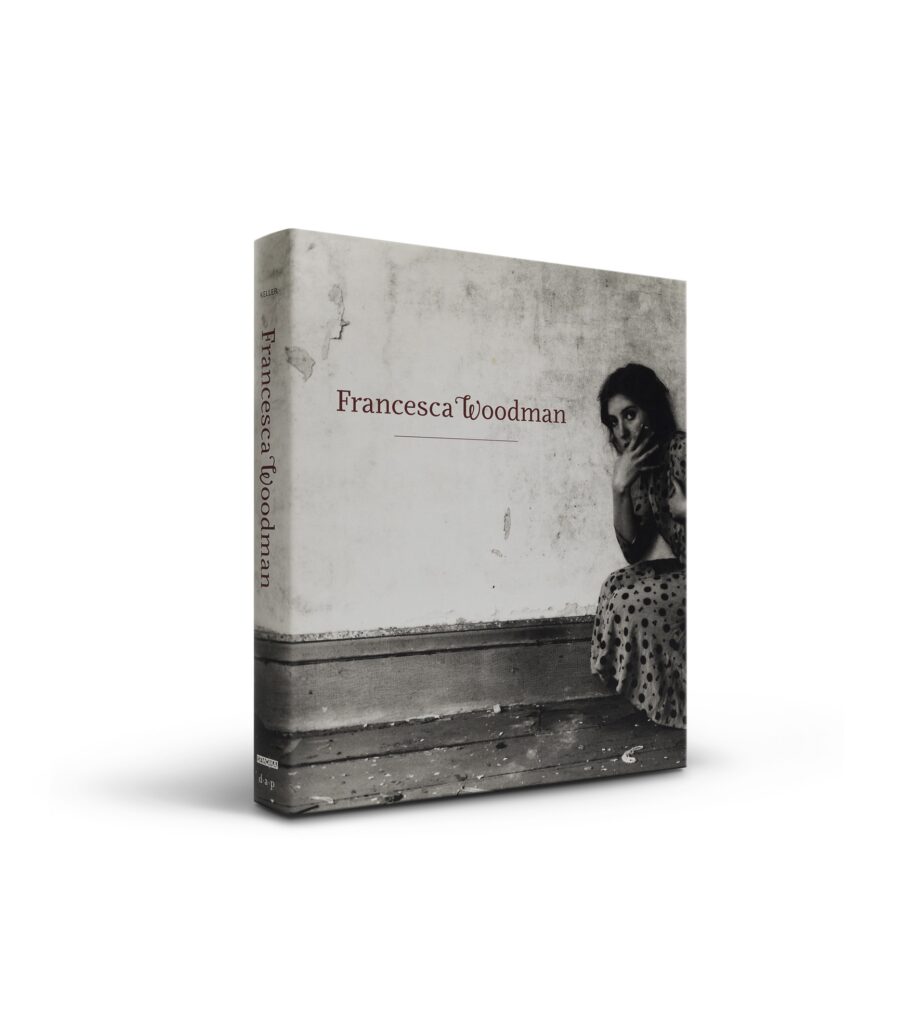 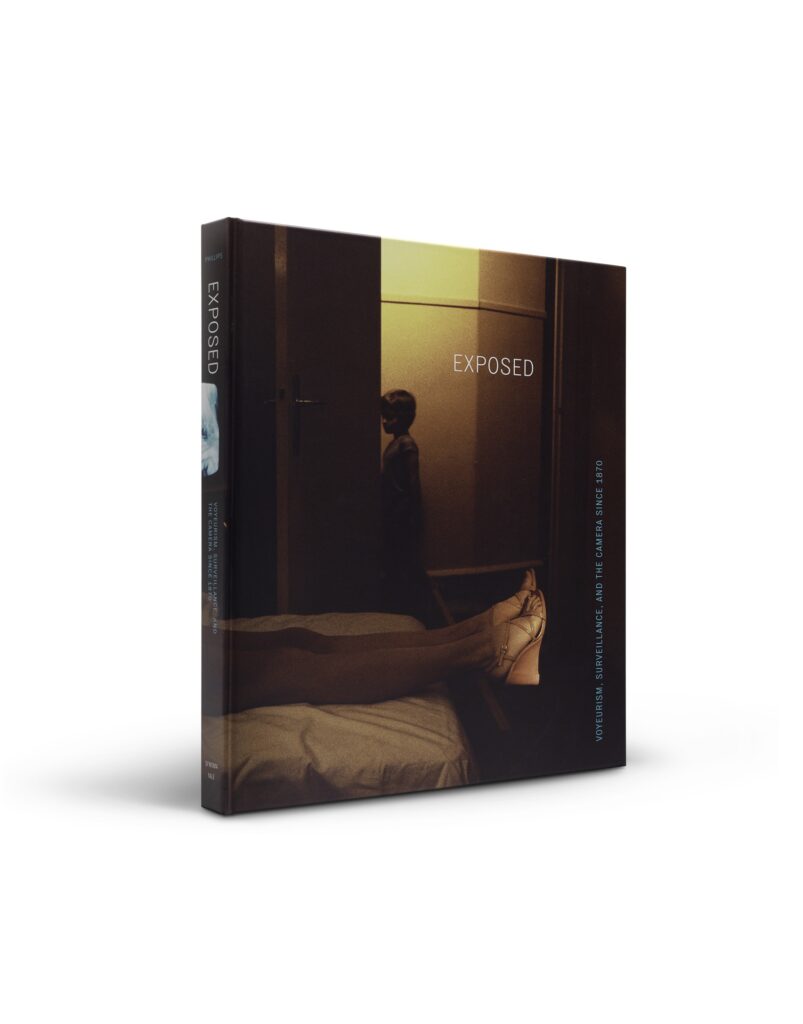 Exposed: Voyeurism, Surveillance, and the Camera Since 1870 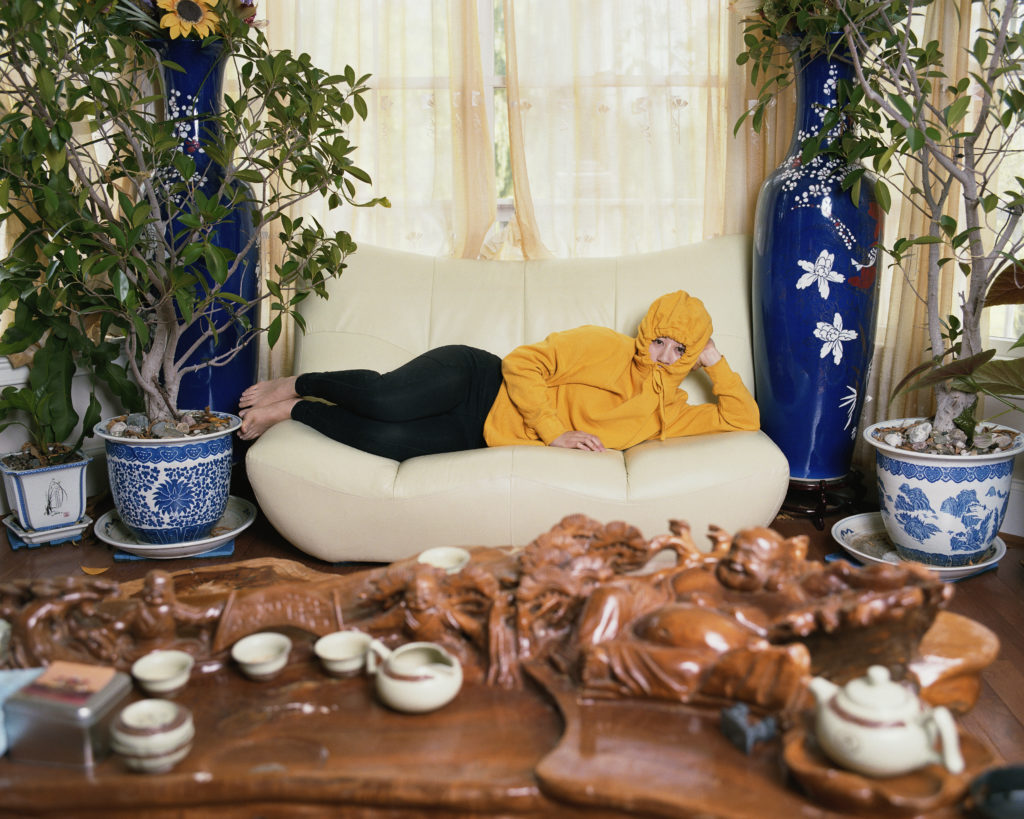 Sightlines: Photographs from the Collection 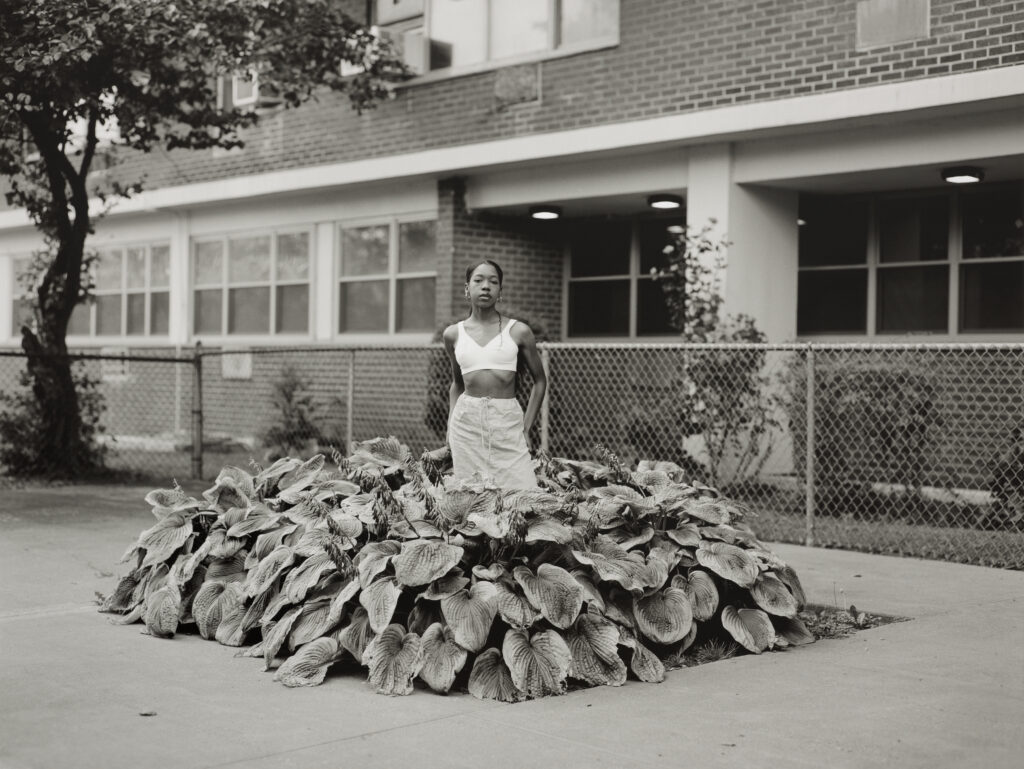 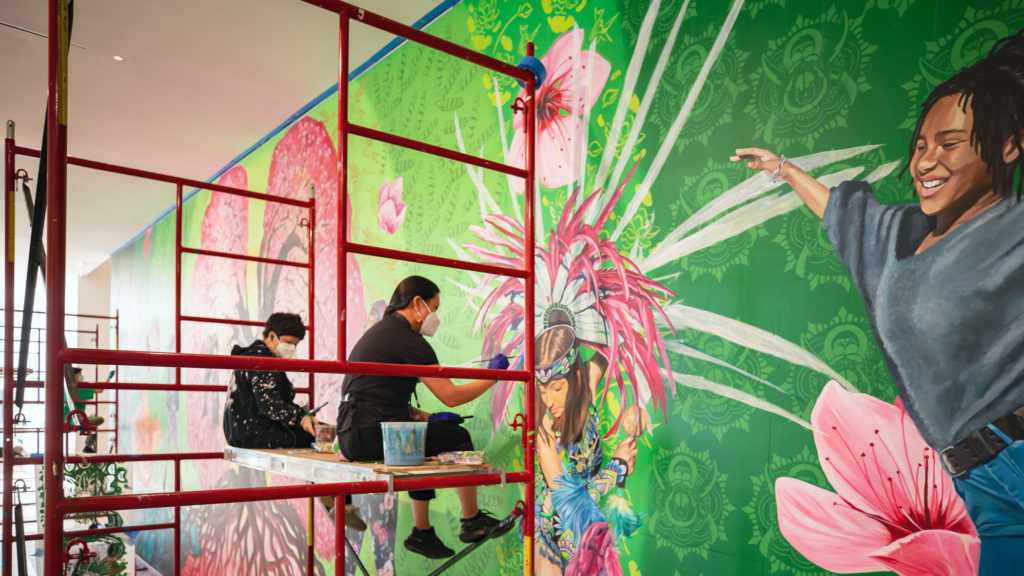 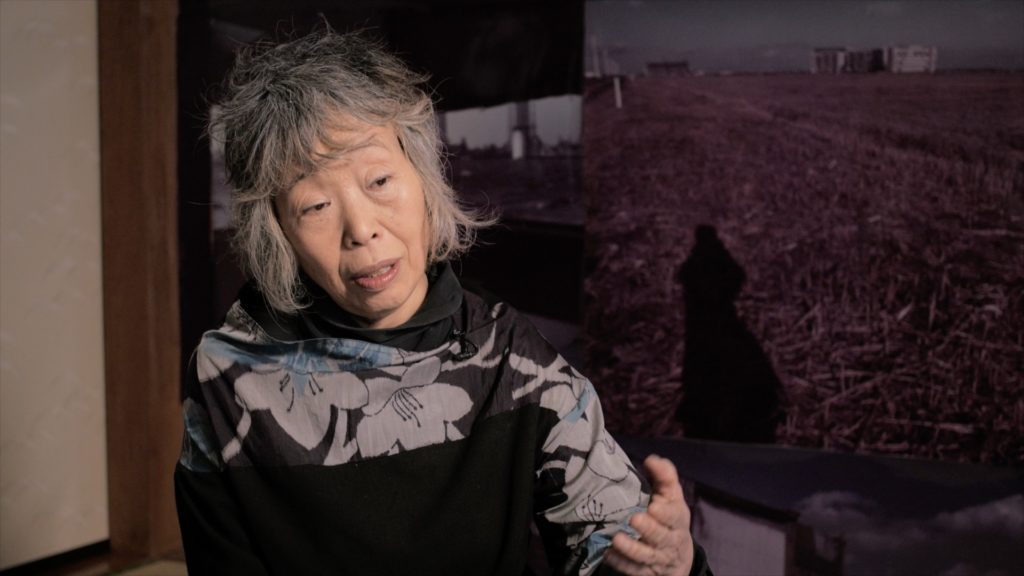 Centered on SFMOMA’s large, diverse collection of Japanese photography from the postwar years to the present, this publication examines the development of the country’s distinctive and innovative photographic culture through the work of key practitioners of the last six decades. 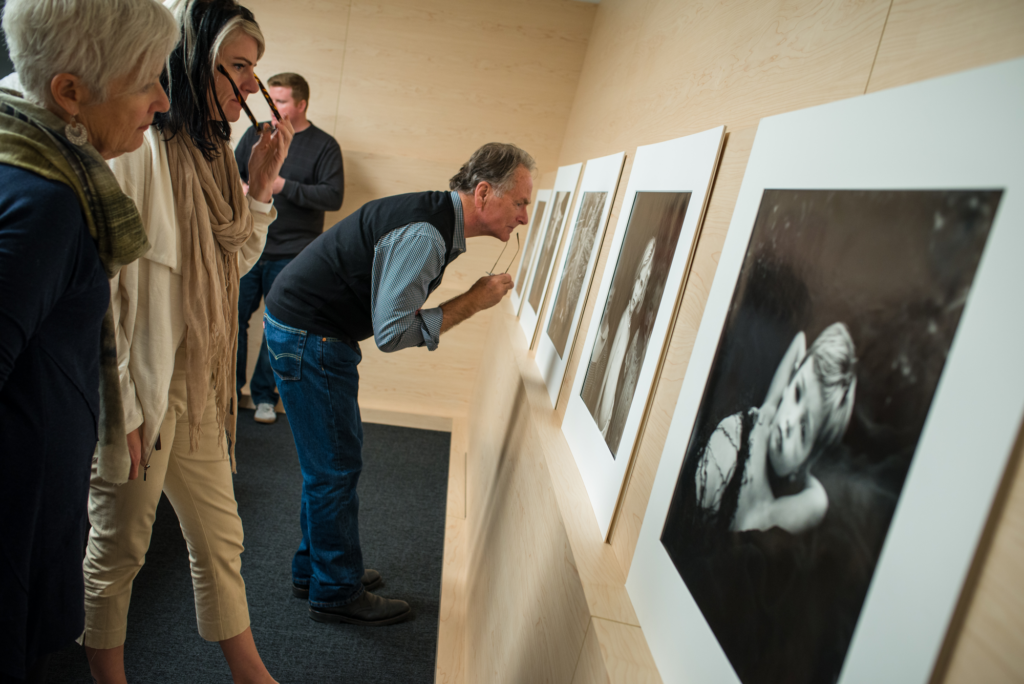 SFMOMA is committed to providing researchers, educators, and students access to works from the permanent collection that are not currently on display in the museum’s galleries. 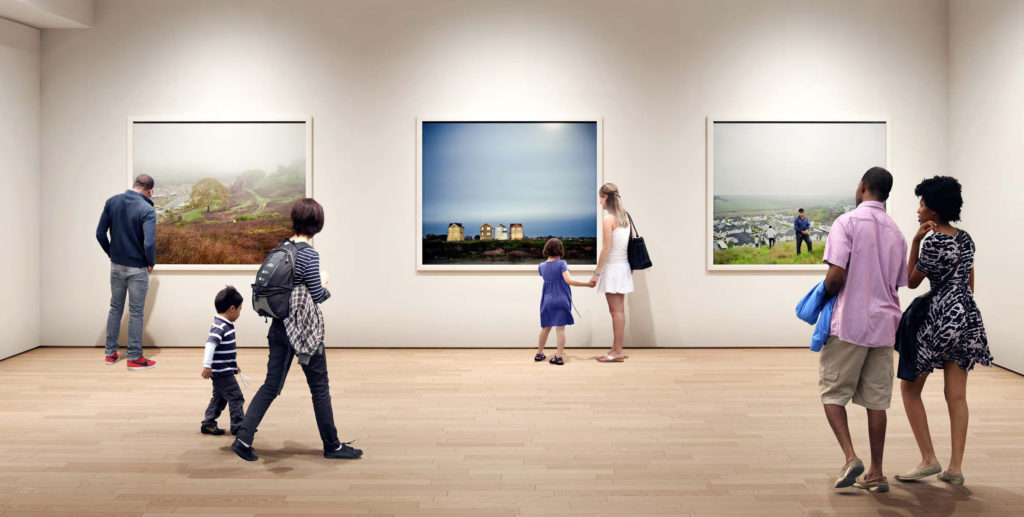 The Pritzker Center for Photography

Deepening and expanding SFMOMA’s commitment to photography, the Pritzker Center for Photography nearly triples the space dedicated to photography, filling the majority of the third floor.