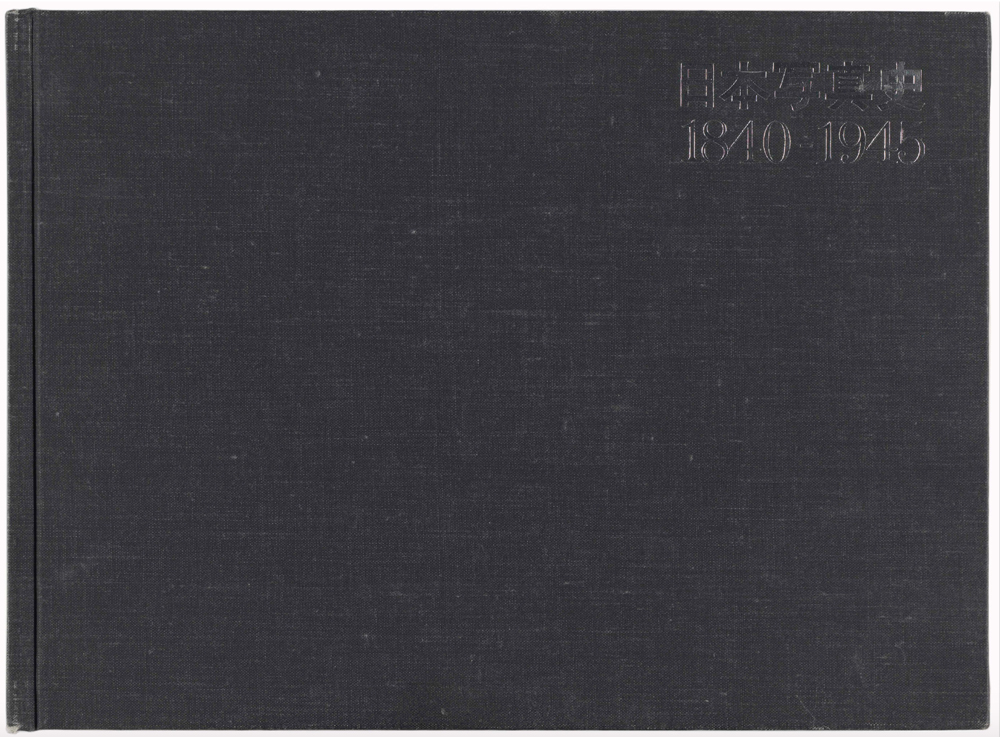 The one hundred years of history presented in this exhibition is not so much a thorough survey of the achievements of the human mind in photography as it is the creation of a space in which to explore the daily lives and realities of Japanese people as they experienced modernity, to varying degrees of immersion. However, as a whole, it should not be thought of as a record of historical reality. Photography is not a visual commentary on history. It is more correct to consider it another means of human expression (we mean expression in the broadest sense, including casual speech, body language, and so on). That being said, photography cannot be divorced from technological development, nor can one consider it isolated from social context. Artistic expression results from all such phenomena and situations, and at the same time, artistic expression impacts these phenomena, shaping and changing them. This obviously requires treating these aspects as related.

Photography, even after these past one hundred years, has not yet reached maturity as a form of human expression. As a spiritual undertaking, it has retained a fairly low degree of sophistication, and we are perhaps justified in thinking of the art more as a social phenomenon than as a self-confident and self-aware aesthetic practice. For these reasons, much of the hundred years of photography covered in this volume should be regarded as a prehistory. Many aspects of this prehistory that are worthy of intellectual inquiry have been investigated before, however error-ridden those analyses may have been. But most of the previous discourse collapsed as a result of the events of World War II and Japan’s defeat. Postwar photography was thus born out of a profound sense of rupture; photography began to see the world anew, with naked eyes. Yet even within that new gaze there remained a sense of cultural continuity, so while we may treat prewar photography as a prehistory, this is not to devalue its achievements.

We are not historians in a strict sense of the word, nor do we engage in an empirical study of the historical facts of photography. But over the course of our investigations, we realized that previous works on photography were not really (critical) historical studies but personal narratives or merely descriptive, and that the materials such studies relied on were in a sense structuring the studies themselves. Of course, we were alert to the fact that such studies were written by (and for) only a small circle of experts and critics, and most authors were probably never aware that a certain formalization of ideas was taking shape within these publications. One may call this a tendency toward patterns of thought, but it is clear that these patterns were often not based on direct interpretations of the works and that they lacked insight into the dynamics of photography as a whole, perhaps because they overlooked the fact that much of the research material had already been structured by various ideological filters. Such ideologies tended to be intangible and would not directly express the writers’ political or social thought or attitudes. We came to realize this problem in the early stages of this project, when we were still merely browsing through photographs, sorting and categorizing them without any articulate framework or grasp of the fundamental issues of a history of photography. We began to study photography by relying on our own eyes. In consequence, the way we sorted and organized a massive amount of photographic material yielded notably different results from past publications.

We are not so much historians as we are practitioners of photography, so some will criticize us for an overly pragmatic approach. With such criticism in mind, we placed emphasis on letting photographic records speak for themselves by treating them with an attitude so objective, it could even be called phenomenological. And the more we devoted ourselves to that objectivity, the more we came to realize the ideological nature of so much of our previous photographic history.

In other words, we encountered two larger issues. On the one hand, there was the question of what defines photographic expression. On the other hand, we asked what constitutes the history of photography, in light of general historical narratives.

Photography is different from other forms of (artistic) expression in that it is not so much in the aesthetic practice of individual artists but in the large clusters of anonymous (photographic) documents that its character reveals itself most clearly. That means one needs to study photography not only by evaluating each individual work separately but also by trying to grasp the larger picture comprehensively, even if the significance of some photographs has to remain unresolved. The discovery of meaning that results from this generalized perspective enables us to problematize the historicity of photographic expression. In this sense, the two questions above are related to each other. Of course, the macroscopic point of view is not sufficient to fully appreciate the efforts of individual artists. Conventional wisdom suggests that photographic history should comprise the sum of all individual photographers’ practices. But beyond such commonplace notions, it rather appears that the overlaps and contradictions between the cumulative meaning of photography as a whole and the hidden significance of individual artists’ work lead us toward solving the real problem, namely, to excavate the meaning of photographic expression and its subject.

We did not plan to make such issues the topic of this book, but submerged in the research material, we could not help taking notice of the underlying issues, especially when attempting to arrange our material in a diachronic manner.

The second question about the possibility of a history of photography forces us to confront problems that are not limited to photography but that are encountered in a similar form in the histories of art and technology as well. For instance, what is the underlying diachronic structure of photographic style and theory? We are not able to answer that question in this book—for the time being, we need to content ourselves with raising it.

The fact that we suggest a sequence of historical periods as a matter of practical convenience implies that we have already found a provisional diachronic structure. We cannot yet precisely define what history itself is, but in the hope that a genuinely historical perspective will one day become possible, we chose to focus on our intuitive observations.

Even for the era of the introduction of photography to Japan, one cannot generalize that it was only received in terms of technological innovation. The laws of perspective had already been introduced at an earlier time, and as a means of understanding the world, photography was not as groundbreaking in Japan as it might seem. Further studies will be necessary to scrutinize such issues.

The above are only a few points touched on in this volume. And needless to say, the photographs surveyed for this project constitute only a small share of all the photography taken over the course of the preceding one hundred years. However, we hope we succeeded at least in providing a provisional framework to structure our fundamental inquiry: What is photography? And what constitutes the history of photography? We hope our efforts will encourage future scholarly inquiries and detailed archival investigations and will catalyze a theoretical discourse on issues merely touched on here.