Great Photographers of the World: Masterpieces from the George Eastman House Collection 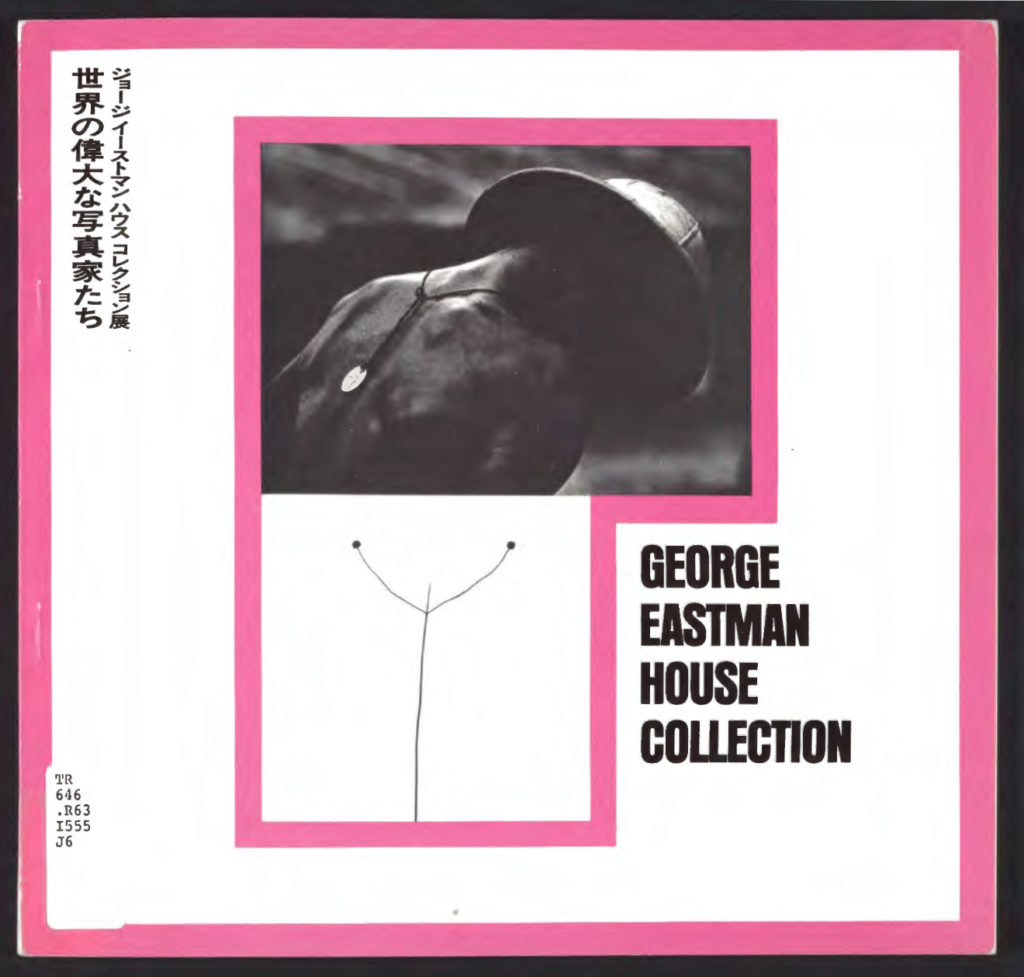 Great Photographers of the World: Masterpieces from the George Eastman House Collection
Organized by the Japan Professional Photographers Society with support by Nikkor Club

Upon Opening the Exhibition
Yoshio Watanabe, president of the Japan Professional Photographers Society

We encounter a great number of reproduced images on a daily basis, but rarely do we have occasion to see the original photographs.

One of the characteristics of photography as a means of mass communication is its reproducibility, enabling the image to be disseminated in print and on screen. But if one wants to deepen one’s understanding of the subject matter and content of photographs, and ultimately to learn about the artists, it is indispensable to look beyond the works as they appear in time-bound media and to return to the original prints. The product in its printed form relates to the original like the tableau to the étude. To understand the former, one has to study the latter as well. In this sense, I believe that this exhibition of photography from the George Eastman House Collection is of great significance.

The daguerreotype process was invented in 1839, around the same time the British inventor William Henry Fox Talbot contrived the calotype paper photograph. The first part of this exhibition is a selection of works by twenty artists, inventors, and pioneers representing the technical developments in photography and its stylistic transformations from Talbot’s works of 1842 to around 1915. The second part includes the works of eight photographers from the beginnings of modern photography, in the early twentieth century, up through the present day. In total, this exhibition showcases three hundred individual works.

The exhibit comprises well-known photographs from journals, almanacs, and history books, as well as many unpublished works that are only available at the George Eastman House. All of them were printed either by the photographers themselves or directly from the original negatives. On display are photographs by names we know from the history books, including David Octavius Hill, Julia Margaret Cameron, Oscar Gustave Rejlander, Peter Henry Emerson, and Timothy O’Sullivan, in addition to examples from trailblazers of modern photography such as Eugène Atget and Edward Weston, represented with fifty-five and fifty works, respectively. With this collection we are in the very fortunate position of being able to compare the various approaches pursued by the abovementioned historical predecessors with those of contemporary artists, including Bruce Davidson and many others.

Furthermore, this exhibition marks the first occasion on which many of these historically significant photographs are being shown outside the United States. We therefore would like to express our sincere gratitude to Director Beaumont Newhall and Curator of Photography Nathan Lyons of the George Eastman House, whose generous goodwill and understanding of the high standards of the Japanese photography world made this exhibition possible.

We would also like to thank Nobuo Ina for providing an overview of the George Eastman House and critical biographies of each photographer presented in the exhibition.

When George Eastman (1854–1932) established the Eastman Kodak Company, in 1888, he referred to his cameras as photographic notebooks. As is apparent from the company slogan—“You press the button, we do the rest”—Eastman aimed to bring photography to the mainstream. In 1905 he purchased a property of twelve acres in Rochester, New York, where he built a three-story, thirty-seven-room Georgian Colonial–style mansion (a style of architecture reflective of eighteenth-century British neoclassicism). He moved in with his aging mother and lived there for the rest of his life. After Eastman’s death, the house served from 1932 to 1947 as the residence of the president of the University of Rochester. Over a long time, plans were made to transform the house into a museum of the history of photography, but adapting a private mansion to the needs of a public institution proved difficult. Eventually the Eastman Kodak Company and the University of Rochester joined together and established the house as a museum of photography in 1947. It opened to the public after two years of remodeling, on November 9, 1949.

According to the museum statute granted by New York State, the mission statement of the museum is as follows:

Established with the above objectives, the GEH now houses approximately fifty thousand photographs, three thousand films, and more than eight thousand books and journals. The permanent exhibition is arranged in three sections.

The first section is entitled “The Art of Photography.” Here, about three hundred photographic prints are on display covering a total of one hundred thirty years of history, from the early days of [Louis-Jacques-Mandé] Daguerre and Talbot to the present, including masters of the nineteenth and twentieth centuries and of today. These prints were selected from the most highly appraised and well-known works in the history of photography. Works in the collection that are not part of the permanent exhibition can be requested for viewing and for research.

The second section is called “Photography for Everyone.” This section features amateur photography of outstanding quality, befitting of a museum that commemorates an individual who worked toward the popularization of photography among the masses.

The third section is entitled “The Science and Technology of Photography.” Also known as the Mees Gallery, it is named after Dr. Kenneth Mees (1882–1960), a British photography scientist who was also the co-owner and chief engineer of Wratten and Wainwright, Ltd. Eastman was keen on the skills Mees provided and acquired the whole company in 1912. Mees was then designated as the head of Kodak Research Laboratories. This section centers on the underlying principles of photography and its technical development. Here the visitors can experiment with devices that demonstrate the effects of exposure and the working principles of automatic shutters. Cameras, lenses, and other equipment from all periods are also on display. In fact, the George Eastman House Collection is regarded as the largest collection in the world of such equipment.

This section is not only limited to photography but also includes numerous cinema-related exhibits. The collection’s film works are shown in the five-hundred-fifty-seat Dryden Theater, added to the museum in 1951 by Eastman’s niece, Ellen Dryden.

Today, the GEH is led by Director Beaumont Newhall, author of The History of Photography[: From 1839 to the Present], and Vice Director Nathan Lyons, who edited Photographers on Photography: A Critical Anthology. Newhall studied art history and museum studies at Harvard University and continued his studies at the University of London and the University of Paris. He took an assistant position in the department of decorative arts at the Metropolitan Museum of Art from 1932 to 1933 and then worked for the Museum of Modern Art, New York (librarian from 1935 to 1940; librarian and director of the department of photography from 1940 to 1942; curator of photography from 1945 to 1946). Newhall served in the army from 1942 to 1945. In 1947 Newhall was awarded a Guggenheim Fellowship, which enabled him to pursue his research on the history of photography, economics, and aesthetics in the United States between 1880 and 1930. He was appointed curator at the GEH in 1948 and succeeded the first GEH director, General Oscar N. Solbert, in 1958.

As noted in Camera (May 1951): Museums are like textbooks. Only when the textbook offers the brightest and most accessible side of knowledge will it captivate its audience. This remark by Goethe is aptly embodied in the GEH.